China is among the biggest export markets for Vietnam’s fruit with the growth rate in the first eight months of the year at 60.2 percent.

Meanwhile,Thailand has taken over China’s position as the No 1 seller of fruit and vegetables to Vietnam, accounting for 60.7 percent of Vietnam’s imports. China, which is now in the second position, accounts for 15.7 percent only. END_OF_DOCUMENT_TOKEN_TO_BE_REPLACED

HÀ NỘI – Auditors and land management experts are sceptical about the efficiency and transparency of projects carried out under Build-Transfer (BT) contracts in Việt Nam, after many BT projects have suffered long delays and major problems along the way. END_OF_DOCUMENT_TOKEN_TO_BE_REPLACED

LÂM ĐỒNG — The Department of Transport in the Central Highland province of Lâm Đồng reported 200 degraded bridges across the province, threatening the safety of users.

Director of the department, Trương Hữu Hiệp, told Vietnam News Agency that of the degraded bridges, as many as 112 ones were listed as “seriously degraded” and required urgent maintenance.

However, because of funding shortage, only 21 bridges had been fixed, he said. Local residents are worried about using the degraded bridges.

A local resident, Phan Công Thành, said that the bridge has been degraded for a long time and local residents have asked the relevant authorities to look into it but their pleas have fallen on deaf ears. He said that now, the need of the hour is for lights and fences to be installed on the bridge to make travelling safer.

Huỳnh Ngọc Sơn, a policeman, said that police have been assigned to help people maneuver their way across the bridge until it was fixed.

Cai Bảng suspending bridge in Bảo Lâm District is on the key road connecting Lộc Thắng Town to Lộc Phú Commune. People have to use the bridge to reach their tea and coffee farms. However, holes have appeared on the bridge surface, cables are rusty and the bridge begins to vibrate every time vehicles use it.

In Bảo Lâm District only, at least ten bridges have been reported to be seriously degraded. The problem is bound to get worse for users during harvest time when they have to transport farming products across the bridges. 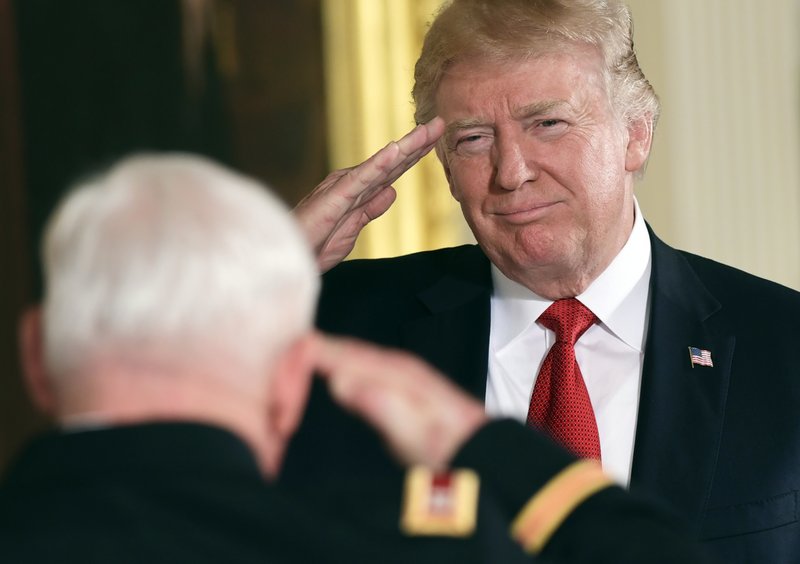 NEW YORK (AP) — For more than 50 years, every American president has been forced to grapple, in one way or another, with the quagmire of the Vietnam War. Now it’s Donald Trump’s turn. END_OF_DOCUMENT_TOKEN_TO_BE_REPLACED

Two women accused of killing the North Korean leader’s half-brother made a chaotic three-hour tour of the Malaysian airport where the alleged crime took place. END_OF_DOCUMENT_TOKEN_TO_BE_REPLACED

Pho Hien, a historical site in Hung Yen Province, was a famous merchant port in Vietnam and a small historic town on the banks of the Red River.

There are also many famous relic sites in Pho Hien such as Hien pagoda, Chuong pagoda, and Mau Temple. Let’s visit Hung Yen province to explore more about the beauty of Pho Hien.

Pho Hien is a historical site in Hung Yen Province, about 70 kilometers southeast of Hanoi. END_OF_DOCUMENT_TOKEN_TO_BE_REPLACED

Dak Lak Pedagogical Junior College (3-year training) plans to enroll 400 students this year. After considering applications, the school decided to convene 294 students who got a 12.25-17.25 entrance exam score. However, only 116 students turned up to confirm their studying.

Students need to get a 10 for three exam subjects to apply for the Ha Tay Pedagogical Junior College. However, only 718 students got a 10 score and higher, and only 247 have confirmed their study. END_OF_DOCUMENT_TOKEN_TO_BE_REPLACED

24.10.2017 ~ Trần Đình Hoành ~ Bình luận về bài viết này
vietnamnet
VietNamNet Bridge – Rural areas, where 70 percent of the population lives and where the average income per capita has been increasing rapidly, is a market with great potential.

A report by Nielsen shows that the market growth rate in rural areas in the first quarter of 2017 reached 12.4 percent, making up 51 percent of total revenue of fast-moving consumer goods, while the growth rate was just 6.5 percent for urban areas. END_OF_DOCUMENT_TOKEN_TO_BE_REPLACED

24.10.2017 ~ Trần Đình Hoành ~ Bình luận về bài viết này
vietnamnet
VietNamNet Bridge – How much do internal resources contribute to the country’s GDP? Economists have raised the question after the General Statistics Office (GSO) announced a record-high GDP growth rate of 7.46 percent in the third quarter of the year.

The highest number of exports were not from Vietnamese enterprises, as foreign invested enterprises were the major exporters. END_OF_DOCUMENT_TOKEN_TO_BE_REPLACED

The rapid increase in imports/exports has also helped the development of logistics companies. A GDC (General Department of Customs) report shows that import/export turnover in the first eight months of the year reached $270.91 billion, an increase of 20.9 percent over the same period last year. END_OF_DOCUMENT_TOKEN_TO_BE_REPLACED

VietNamNet Bridge – A report from the Vietnam Tourism Association showed that 6.5 million Vietnamese traveled abroad in 2016 and spent $7-8 billion. Spending per capita was $1,230 on outbound tours, an increase of 15 percent over 2015.

Singapore is one of the favorite destinations for Vietnamese. According to the Singapore Tourism Board, in 2015, the country received 15.2 million travelers, including 418,000 Vietnamese. Vietnam was among the 15 markets with the highest numbers of visitors to Singapore. END_OF_DOCUMENT_TOKEN_TO_BE_REPLACED

Businesses that purposely find ways to evade paying social insurance for their employees will not only receive administrative fines but also attract steep monetary penalties once a new law comes into effect next year.

In Vietnam, insurance is not calculated based on the full salary of an employee, rather a part of it only, known as the ‘fund used to calculate insurance payment.’ END_OF_DOCUMENT_TOKEN_TO_BE_REPLACED

Stephen Wynn, who has financial interests in China, seems to be doing Beijing’s bidding.

New revelations about the Chinese government’s attempt to forcibly repatriate a Chinese fugitive show an assertive Beijing benefitting from a U.S. administration at odds with itself. But who is that American casino mogul who has apparently become the Chinese government’s backchannel to the White House? It turns out he’s a businessman beholden to Beijing and willing to press their case in the corridors of power in Washington — and he has just the ticket. END_OF_DOCUMENT_TOKEN_TO_BE_REPLACED