The ancient pagoda of Phuoc Kien, known as King Lotus Pagoda in Chau Thanh district in the Mekong Delta province of Dong Thap has attracted tourists due to unique giant lotus leaves.

VietNamNet Bridge  – The Ministry of Education and Training (MOET) has said that the ministry ‘won’t let it go’, but will “join hands with education establishments to fix existing problems and overcome difficulties to deploy the new educational method VNEN (the Vietnam Escuela Nueva) in a more effective way and prepare well for the implementation of the new general education program”.

He said the nature of VNEN is student-centered teaching methodology. Most of the schools using VNEN have prepared the material and teaching facilities, especially the teaching staff, and have ‘deployed VNEN in a flexible and creative way’. END_OF_DOCUMENT_TOKEN_TO_BE_REPLACED

The Prime Minister has approved a project to preserve ancient red pine trees at the Yen Tu National Forest in Uong Bi city of the northern province of Quang Ninh.

The funding will be used to care for the 237 living red pine trees, upgrade infrastructure of existing nursery gardens, cultivate seedlings of the species and collect red pine trees that grow in the wild. END_OF_DOCUMENT_TOKEN_TO_BE_REPLACED

Local people in Quang Nam Province have gathered again and demanded to relocate the Vietnam-France Steel Plant due to pollution.

Locals camp out the at the factory

The locals in Dien Nam Dong Ward, Dien Ban Town have put up tents and blocked the entrance to the plant for the past three months. Old people stay out during the day and young people sleep in the tents at night. They are determined to shut down the plant in the area.

According to the locals, since the factory went into operation five years ago, it has caused air and noise pollution. The local authorities promised to work out a solution but nothing has been done and the plant is still in operation. END_OF_DOCUMENT_TOKEN_TO_BE_REPLACED

The government has announced plans to build an expressway connecting Vietnam’s two northern provinces of Hoa Binh and Son La, at an estimated cost of VND50.27 trillion (US$2.2 billion).

The new road, which will extend the Hanoi-Hoa Binh Expressway, is expected to boost the socio-economic development in Son La province and other provinces in the north western region.

Once complete, the expressway will help to form an uninterrupted corridor between the north western region and the Northern Key Economic Region, the north eastern provinces and Lach Huyen Port. END_OF_DOCUMENT_TOKEN_TO_BE_REPLACED

Ten years on from the global financial crisis, the prospects for a sustained economic recovery remain at risk due to a widespread failure on the part of leaders and policy-makers to put in place reforms necessary to underpin competitiveness and bring about much-needed increases in productivity, according to data from the World Economic Forum’s Global Competitiveness Report 2017-2018.

However, according to the 2016 World Economic Forum, the efficiency of technology transfer from foreign invested enterprises (FIEs) in Vietnam is surprisingly low. Vietnam ranked 57th in the world in 2009, while it ranked 103rd in 2014, falling by 46 grades after five years, much lower than other regional countries, including Malaysia (13th) Thailand (36th), Indonesia (39th) and Cambodia (44th). END_OF_DOCUMENT_TOKEN_TO_BE_REPLACED

Viet Nam News HCM CITY — HCM City and southern provinces are being battered by heavy rains in the first 10 days of October. The heavy rains, together with high river tides, will cause flooding in many places, the Southern Hydrometeorology Station has forecast.

The rains in fact has occured since the last day of September and flooded around 40 streets, badly affecting traffic across the city. END_OF_DOCUMENT_TOKEN_TO_BE_REPLACED

The appointment was discovered by the local media recently, raising questions about its suitability. END_OF_DOCUMENT_TOKEN_TO_BE_REPLACED

Most coal-fired electric power plants produce coal ash in the form of fly and bottom ash, left after coal is combusted.

During the coal-burning process, fine powdery fly ash is carried up the smoke stack, while the coarser bottom ash, also known as slag, falls to the bottom. END_OF_DOCUMENT_TOKEN_TO_BE_REPLACED

LONDON, Oct 4 (Thomson Reuters Foundation) – Women in developed countries are now more educated than men, yet they still earn less, are poorly represented in politics, and less likely to join the top ranks in business or become an entrepreneur, a global think-tank said on Wednesday. END_OF_DOCUMENT_TOKEN_TO_BE_REPLACED

“Robam kbach boran,” or the art of Khmer classical dance, is more than 1,000 years old. It was developed as a prayer in movement for rain and fertility, and a prosperity that this meant for an agricultural society. Dancers who were both men and women were offered to temples where they served as living bridges between heaven and earth. Their dancing bodies carried the prayers of the people up to the gods, and the will of the deities was delivered back through them to the people and the land.

END_OF_DOCUMENT_TOKEN_TO_BE_REPLACED

04.10.201704.10.2017 ~ Đào Thu Hằng ~ 2 bình luận
Mick Brown 21 SEPTEMBER 2017 • 6:00AM
telegraph.co.uk_In August last year, Sogyal Rinpoche, the Tibetan lama whose book The Tibetan Book of Living and Dying has sold more than three million copies around the world, and made him probably the best known Tibetan Buddhist teacher after the Dalai Lama, gave his annual teaching at his French centre Lerab Ling.

Sogyal’s organisation Rigpa – a Tibetan word meaning the essential nature of mind – has more than 100 centres in 40 countries around the world, but Lerab Ling, situated in rolling countryside in L’Hérault is the jewel in the crown. Boasting what is said to be the largest Tibetan Buddhist temple in the West, it was formally opened in 2008 by the Dalai Lama, with Carla Bruni Sarkozy, then France’s first lady, and a host of other dignitaries in attendance.

Sogyal is regarded by his students as a living embodiment of the Buddhist teachings of wisdom and compassion, but a man who teaches in a highly unorthodox way, known as ‘crazy wisdom’.

At Lerab Ling, more than 1000 students were gathered in the temple as he walked on stage, accompanied by his attendant, a Danish nun named Ani Chokyi. Sogyal, who is 70, is a portly, bespectacled man who requires a footstool to mount the throne from which he customarily teaches. Approaching the throne, he paused, then turned suddenly and punched the nun hard in the stomach.

END_OF_DOCUMENT_TOKEN_TO_BE_REPLACED 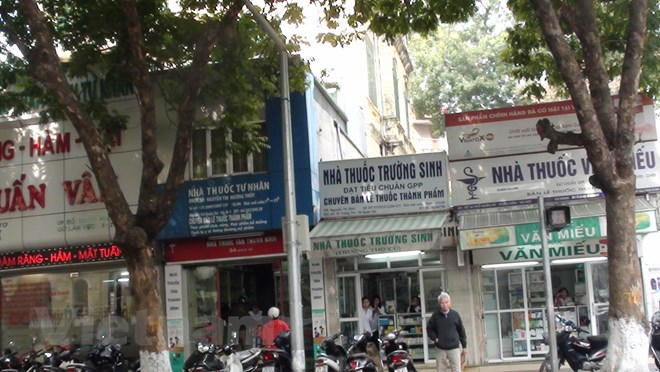