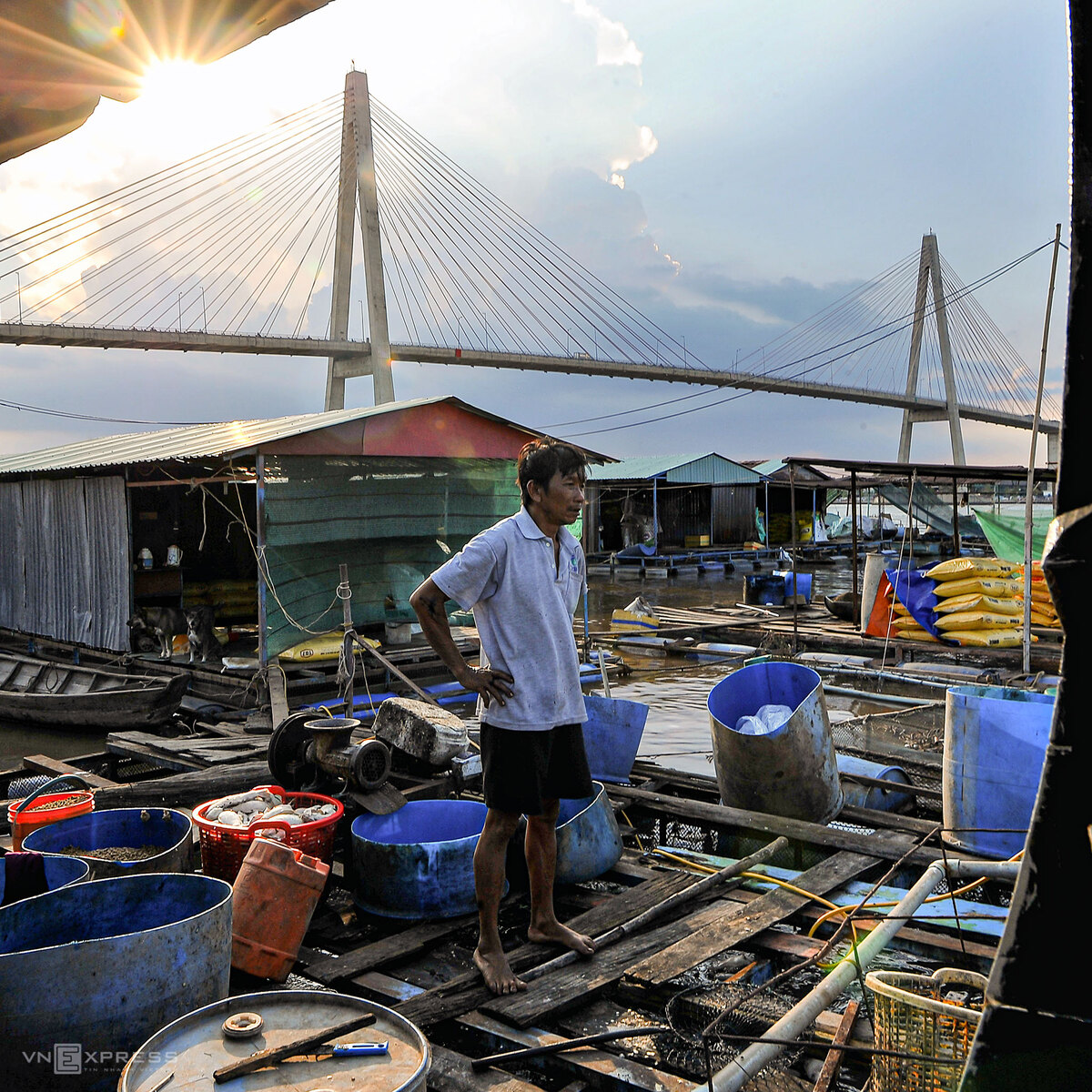 At the foot of Rach Mieu Bridge, 53-year-old Nguyen Sinh Nhut, owner of five cages of red tilapia fish, stands tired and lost after a day of cleaning up dead fish. He can’t say how many have died in the last month. “The fish just kept dying. I have lost VND10 to 20 million ($427 to 854)  that I have to spend on each cage for food,” said Nhut, who has been farming fish for 18 years on the Tien River, a branch of Mekong River in Vietnam. 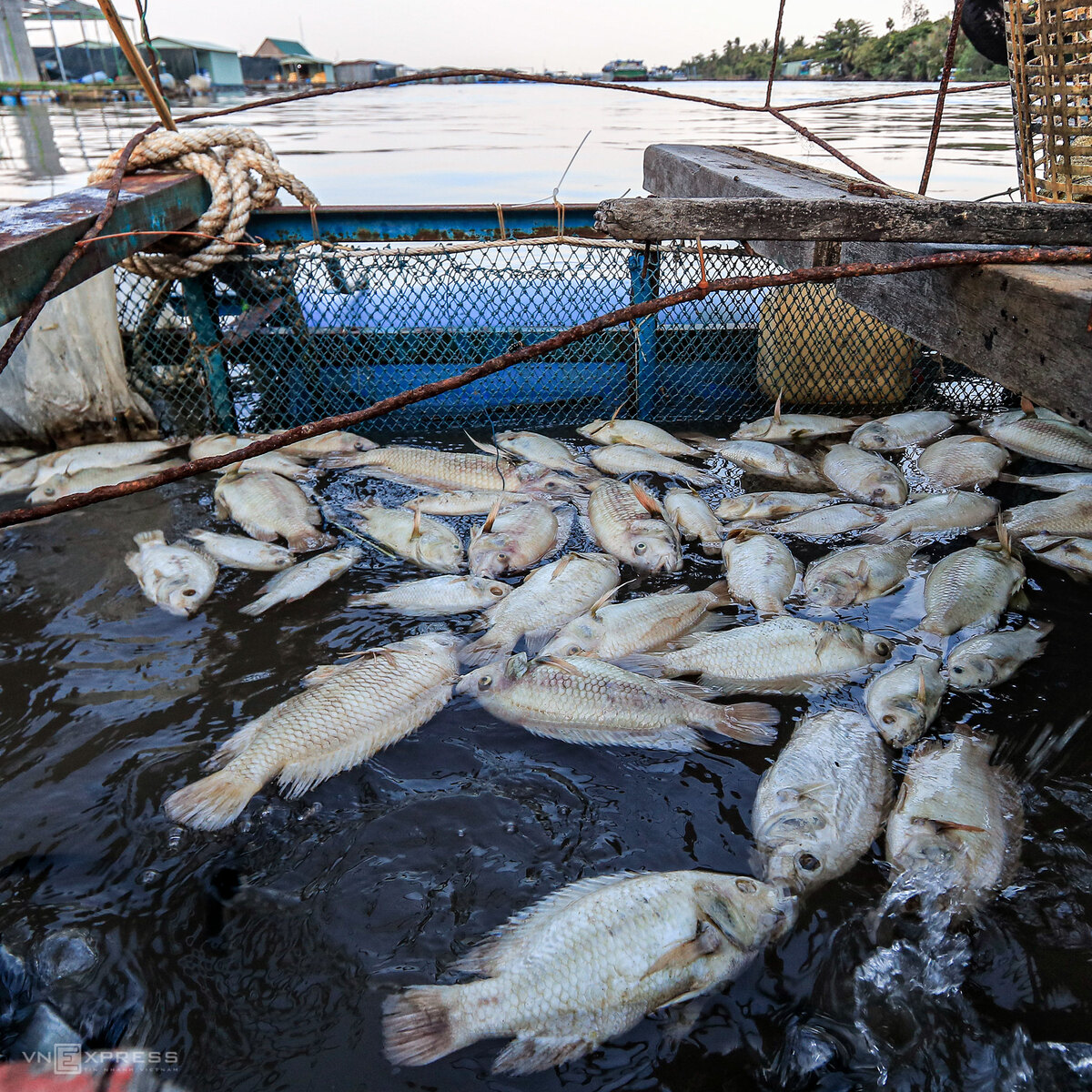 Nhut is just one of over 100 fish farmers on the Tien River in My Tho Town, Tien Giang Province, who has been hurt by their fish dying in large numbers.

The households believe that saltwater intrusion in the area has affected the water’s pH, leading to death or stunted growth of fish. The area is about 50 km from the estuary. 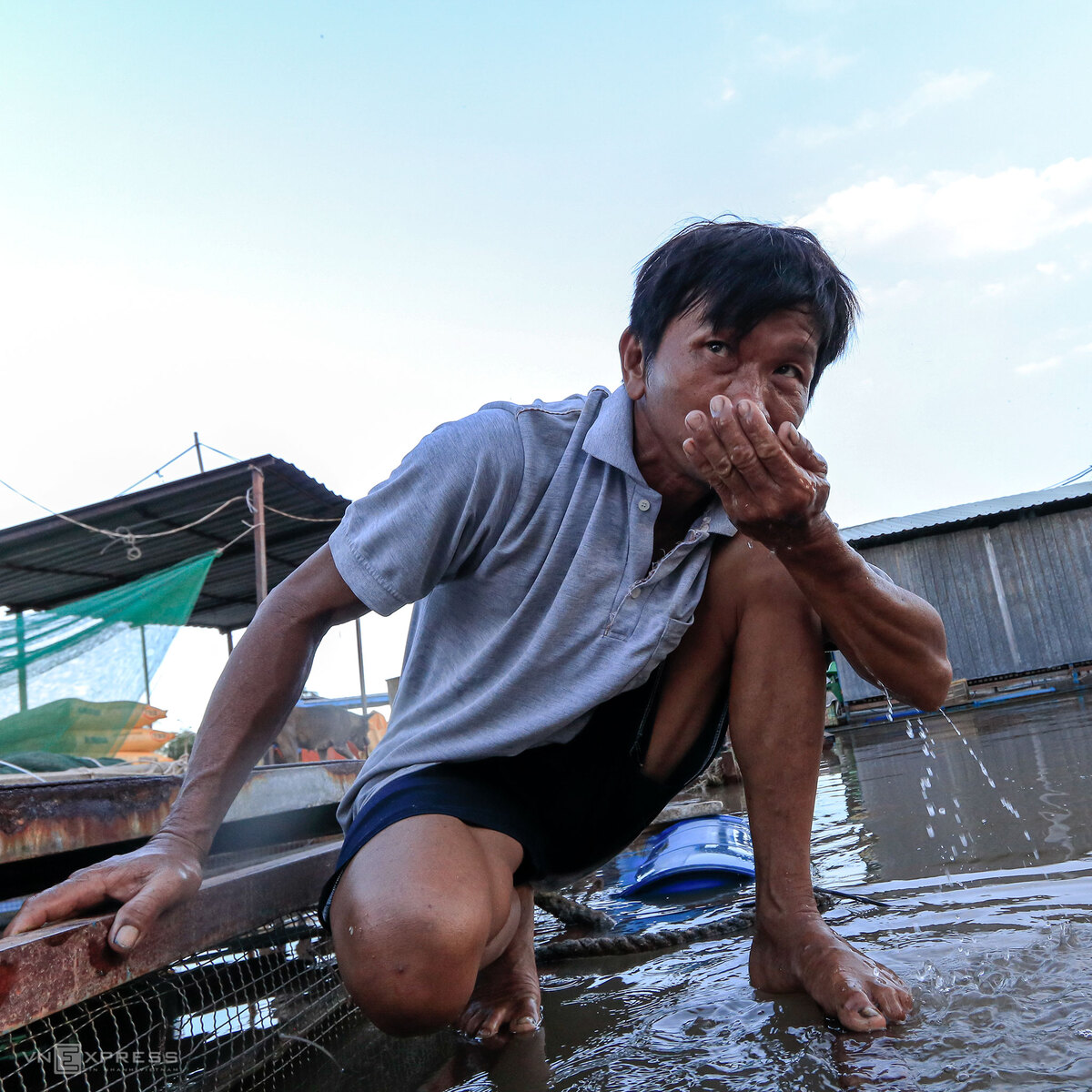 Nhut uses his hands to scoop water into his mouth to taste and measure its salinity. He estimates the salinity at around 5 ppt.

“This level of salinity has never happened in previous years. It can make the fish tired and blind,” he said. 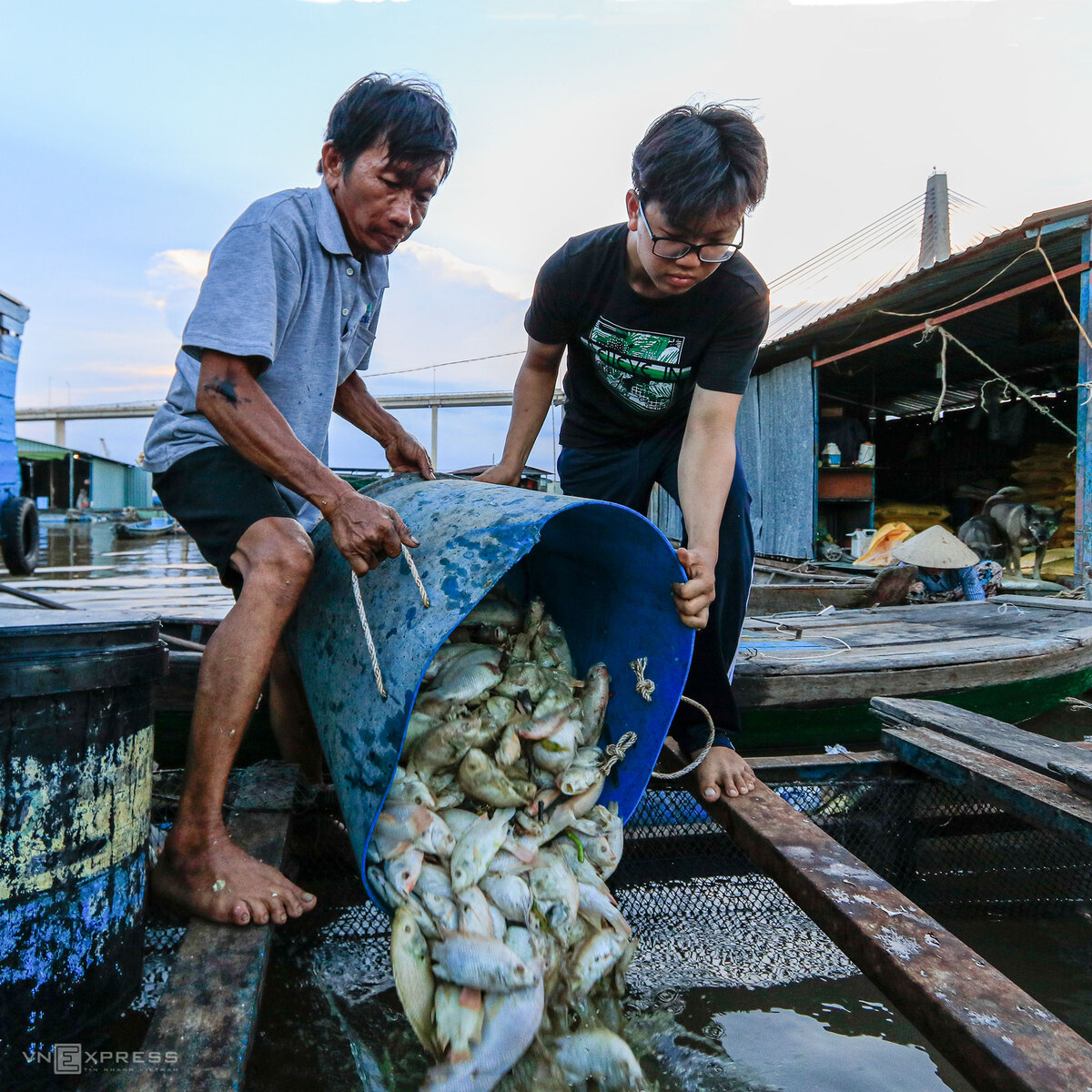 Nhut and his son collect the dead fish to avoid polluting the water further and hurting the fish still alive. 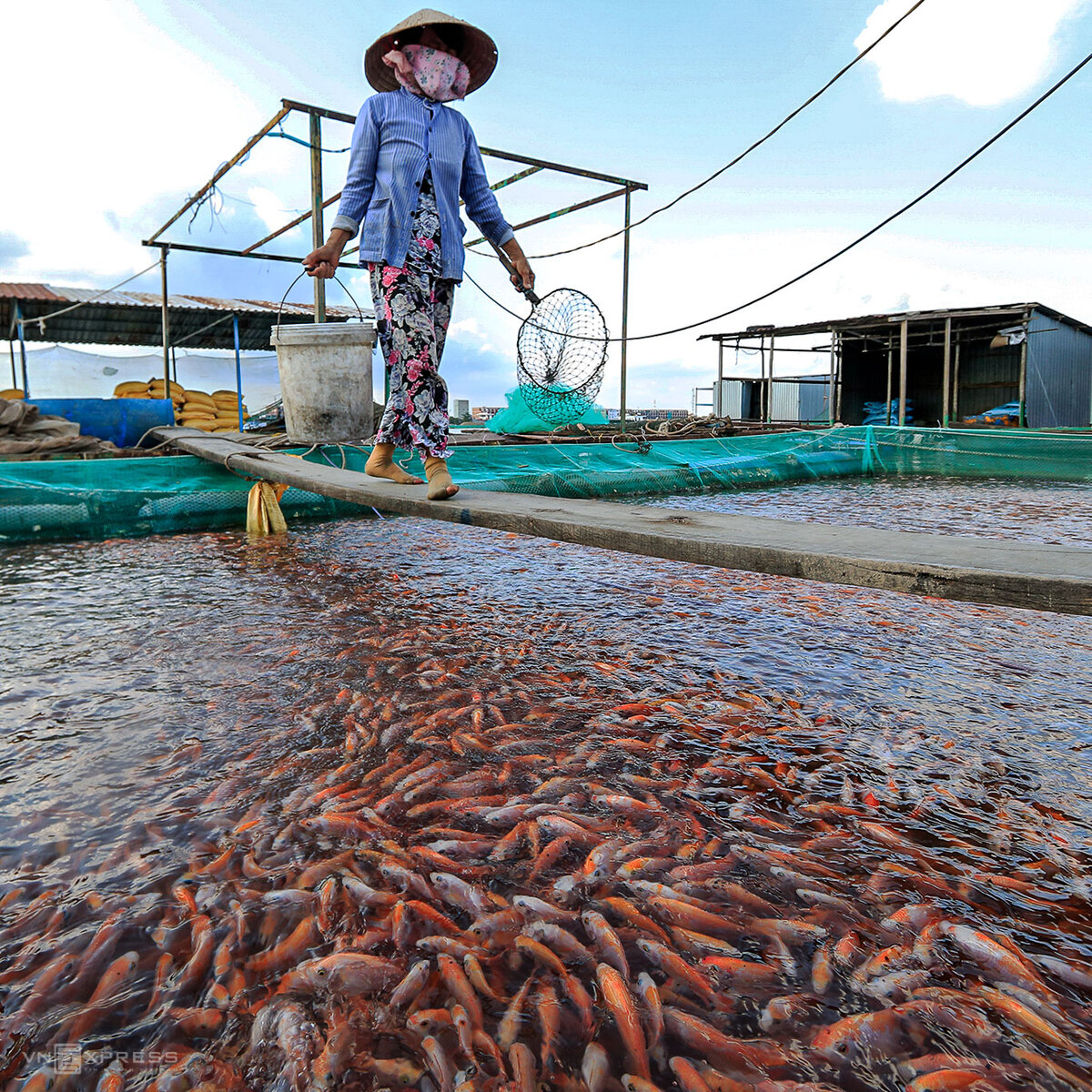 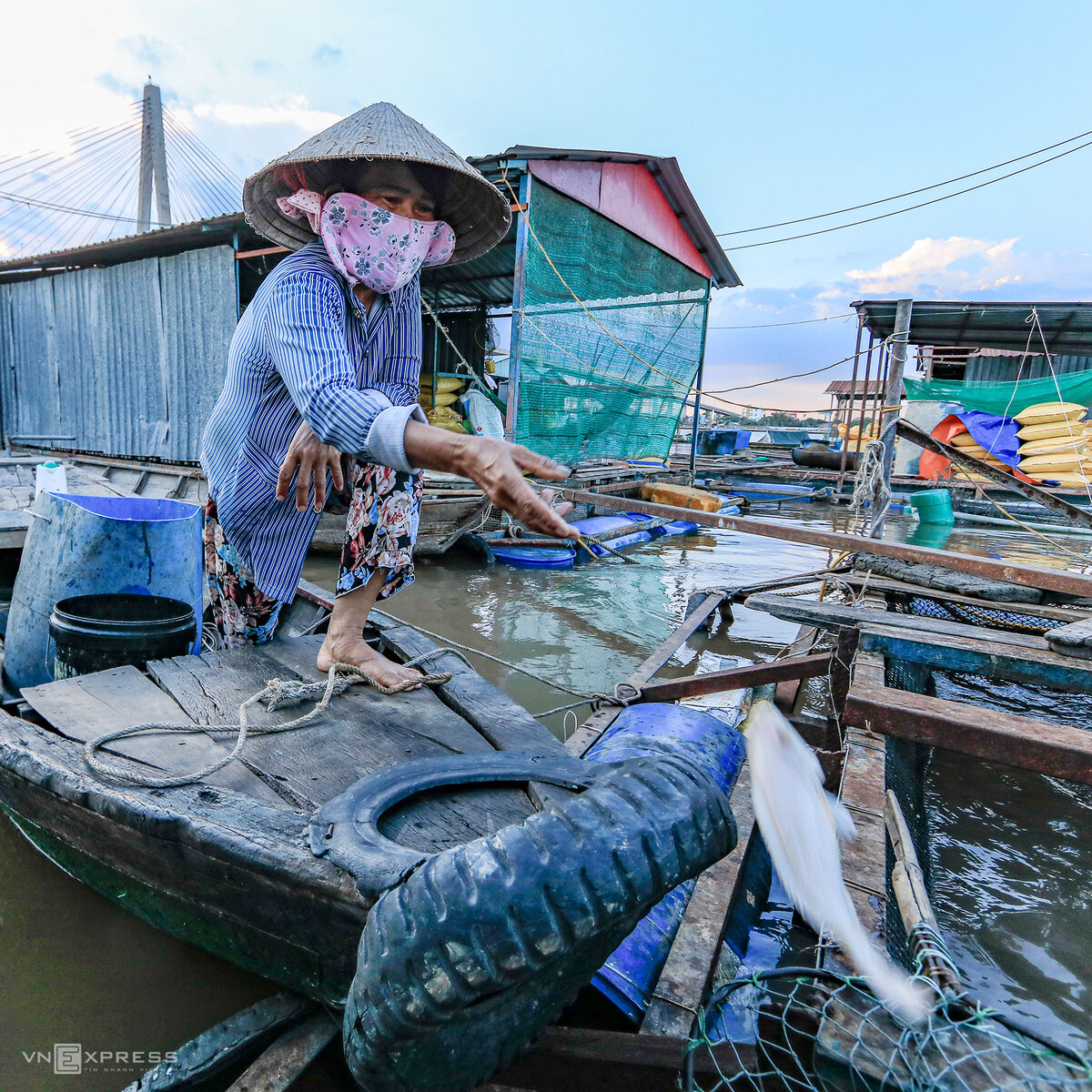 Picking the dead fish out, Linh said she can only hope that fish prices will increase and that she can sell them in time. She said the price of red tilapia was VND32,000 ($1.36) per kilo now, VND5,000 lower than last year. 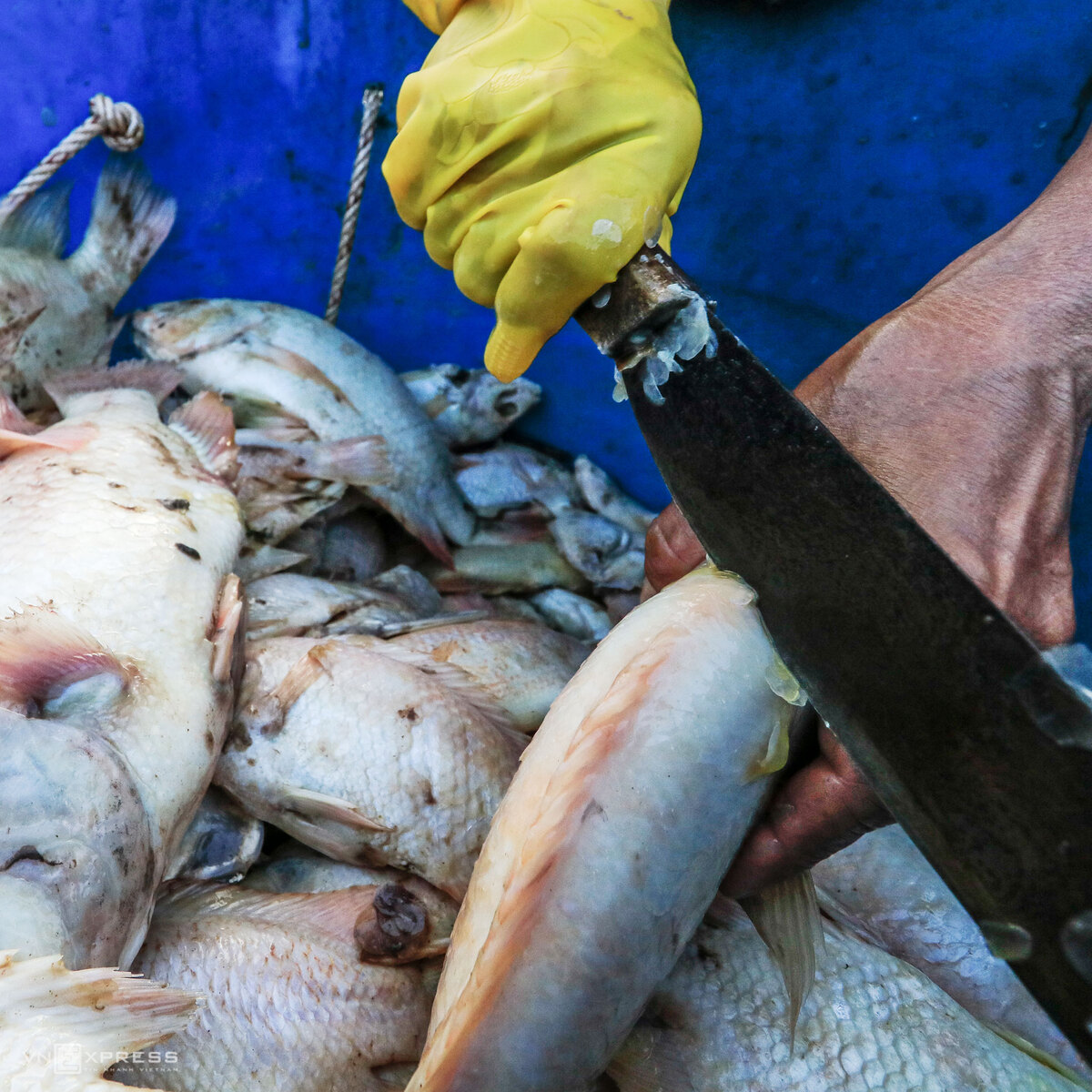 Like other fish farmers in the village, Linh said that the dead fish don’t carry any pathogens, so she collects and grinds them into food for other fish to save costs. 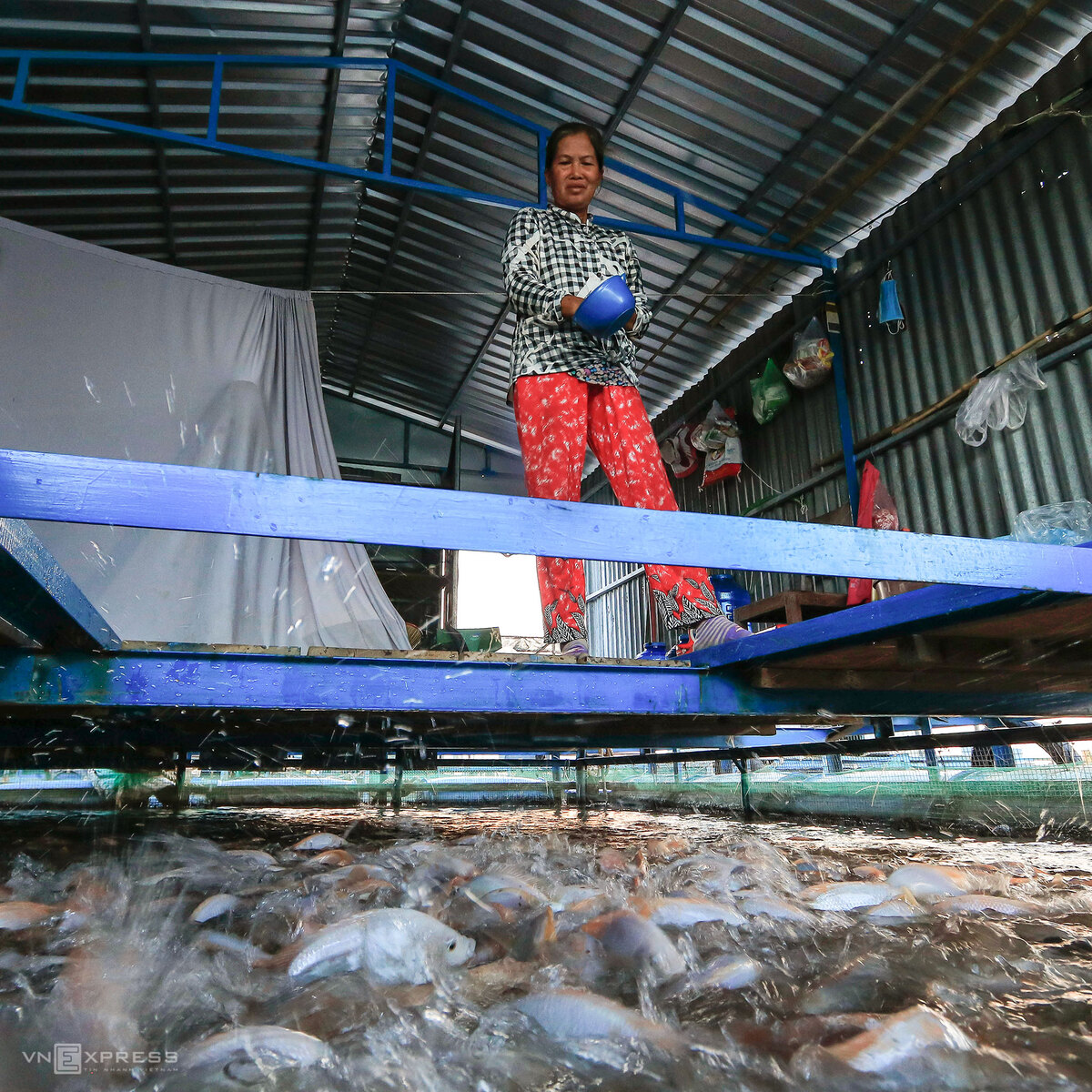 Nguyen Thi Hien, 63, has been farming fish for nearly six months this year. She has lost more than VND50 million ($2,136) because the fish grew slowly and kept dying frequently.

The remaining fish will be ready to harvest in four months. “I am afraid of a heavy intrusion like this; all fish will die before I can sell them,” she said. 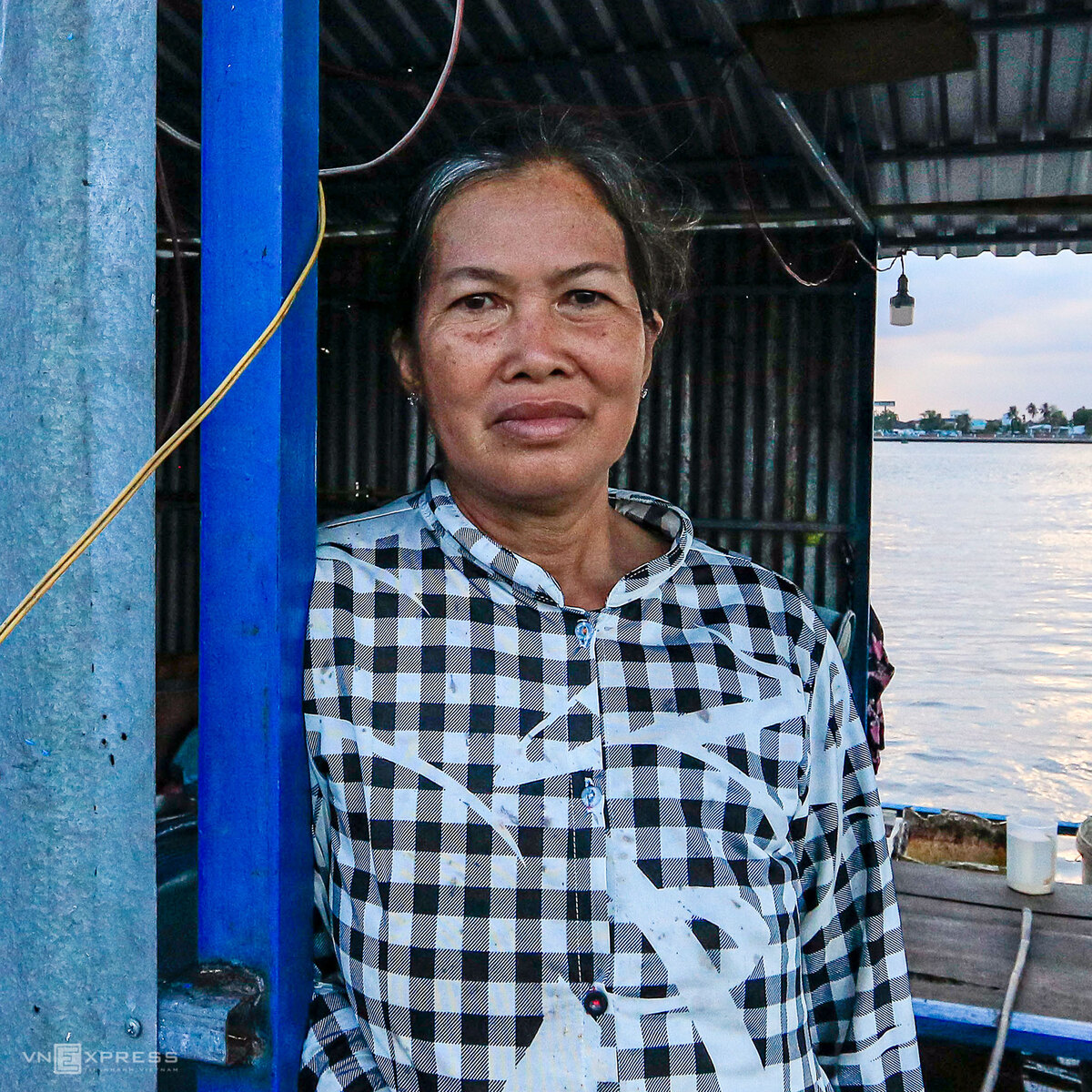 “I have heard many people talk about solutions. However, I don’t know how to handle it. Every day, I’m very upset to see dead fish floating,” Hien said. 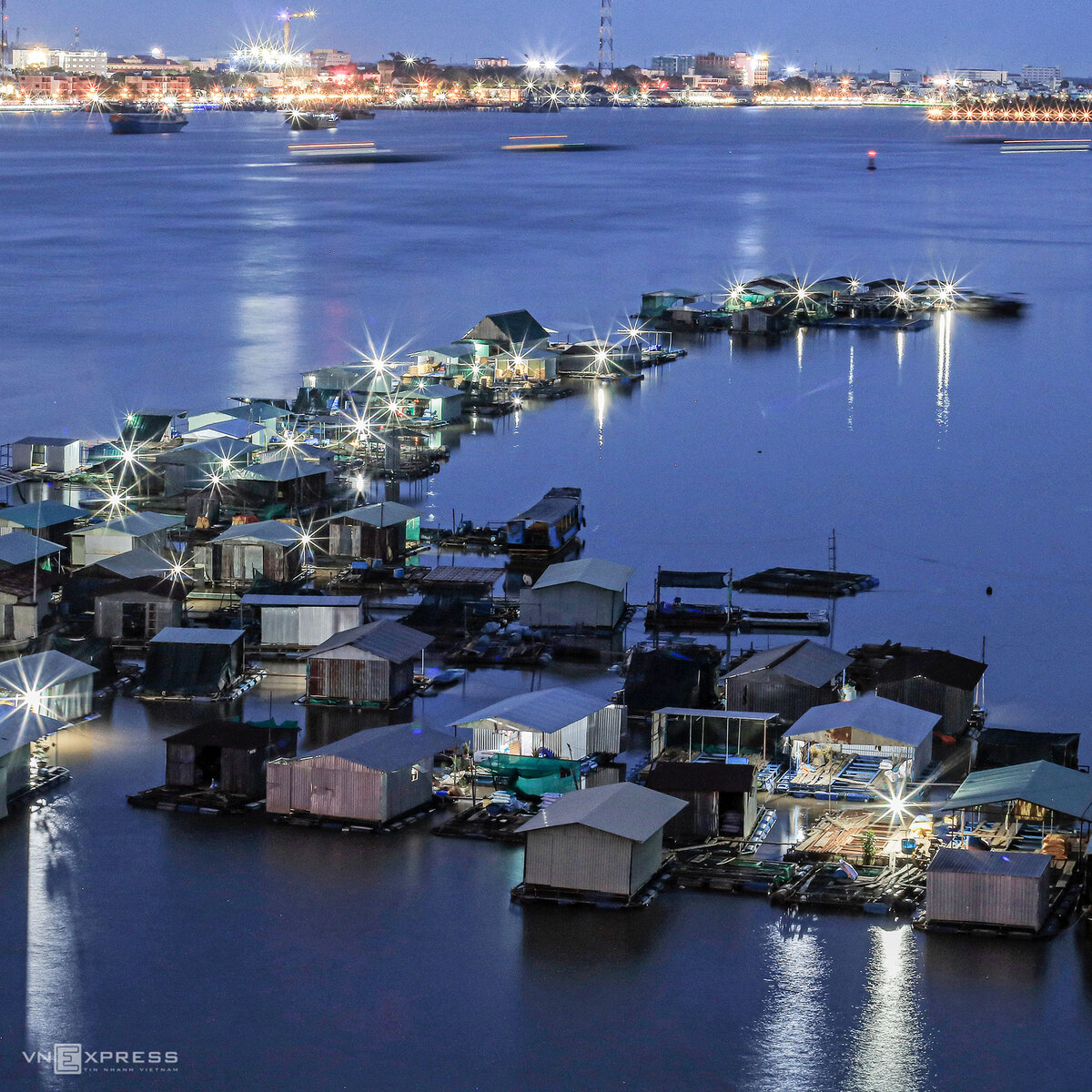 Phan Huu Doi, deputy director of fisheries division under the provincial Department of Agriculture and Rural Development, said his agency has checked the status of fish cages in the commune.

“Normally, the fish raised in cages have a certain death rate. Because it is at the transition between seasons, the number of dead fish doubles compared to usual, but this is not of great significance,” Doi said.

He also said that since the saline intrusion has been happening for nearly two months now, it can’t be said that the fish are dying of salinity. The fisheries division will continue to analyze samples to determine the cause and compile specific statistics on the damage caused, he added.