Oxfam lists six recommendations to “close the gap between care workers and the wealthy elite who have profited most from their labour”, from ending extreme wealth to challenging harmful norms and sexist beliefs.

These are five of the most shocking facts featured in the report:

1. The richest 1% in the world have more than double the wealth of 6.9 billion people

Oxfam has calculated that to amass even a fifth of the average fortune of the world’s five richest billionaires, you would need to have saved $10,000 a day since the building of the pyramids in Egypt.

In reality, almost half the world’s population lives on less than $5.50 a day, according to World Bank estimates.

2. The world’s richest 22 men have more money than all the women in Africa

And Africa is a big continent.

Oxfam has worked out that if the world’s two richest men sat on their wealth piled up in $100 bills, they’d be in outer space.

3. Women and girls put in 12.5 billion hours of unpaid work every day

From fetching firewood and water, so they can clean and cook for the male breadwinner, to looking after children and the elderly, women often bear the burden of essential unpaid work, says Oxfam.

Every day, women and girls around the world work for a combined 12.5 billion hours for free, according to the International Labour Organization.

Oxfam found women in the poorest households in low-income countries were the hardest hit, with women in Uganda, Zimbabwe, India, the Philippines and Kenya spending 40 minutes more each day on activities like collecting water and fuel than those who were better off.

With an ageing population, the world is facing a care crisis and the burden on care workers will only grow. Alongside this, the climate crisis will disproportionately affect women, as they’ll have to walk further to find water and spend more time coping with sickness, says Oxfam.

What’s the World Economic Forum doing about the gender gap? 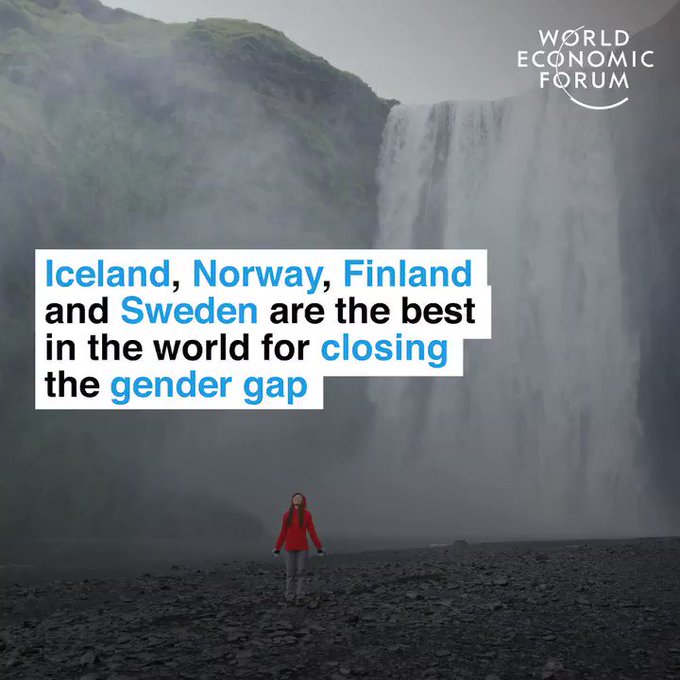 4. Women’s unpaid care work has a monetary value of $10.8 trillion a year

That’s three times the size of the world’s tech industry, according to Oxfam. All this unpaid care work leaves women and girls over 15 time-poor and “unable to meet their basic needs or to participate in social and political activities”.

Not only that, but globally, 42% of women of working age are actually unable to hold down a job because of their unpaid care responsibilities, compared to 6% of men.

But the good news is investing in care-supporting infrastructure, like access to water, sanitation and electricity, can really help, says Oxfam.

“In low-income communities in India, in households with access to electricity, girls spend half an hour less each day on care work – and 47 minutes longer sleeping.”

5. Taxing an extra 0.5% of the wealth of the richest 1% could help massively

According to Oxfam, if governments were to increase taxation on the wealthiest 1% for the next 10 years, that would be the equivalent to creating 117 million care jobs in education, health and elderly care and other sectors, to close care deficits.

The report says: “Women have had enough of paying the bill for everyone. Everyone should contribute according to their means, including corporations and the wealthiest in our society. This will require governments committing to ensure that this happens.”

These are six solutions Oxfam believes are needed to close the gap between rich and poor and recognize the rights of carers and the importance of their work to communities. It proposes governments and corporations work together to:

How to build a fairer economy is one of the key themes at Davos this week, while the Forum’s new report on social mobility highlights a widespread failure to create the right conditions for people to thrive whatever their background.