But now, instead of buckling to American pressure, Iran declared on Sunday that those restrictions are over — a decade ahead of schedule. Mr. Trump’s gambit has effectively backfired.

Iran’s announcement essentially sounded the death knell of the 2015 nuclear agreement. And it largely re-creates conditions that led Israel and the United States to consider destroying Iran’s facilities a decade ago, again bringing them closer to the potential of open conflict with Tehran that was avoided by the accord.

Iran did stop short of abandoning the entire deal on Sunday, formally known as the Joint Comprehensive Plan of Action, and its foreign minister held open the possibility that his nation would return to its provisions in the future — if Mr. Trump reversed course and lifted the sanctions he has imposed since withdrawing from the accord.

That, at least, appeared to hold open the possibility of a diplomatic off-ramp to the major escalation in hostilities since the United States killed Maj. Gen. Qassim Suleimani, the second most powerful official in Iran and head of the Quds Force.

But some leading experts declared that the effort to contain Iran’s nuclear ambitions through diplomacy was over. “It’s finished,” David Albright, the president of the Institute for Science and International Security, a private group in Washington that tracks nuclear proliferation, said in an interview. “If there’s no limitation on production, then there is no deal.”

To some of the Iran deal’s most vociferous critics, the announcement was a welcome development. Among them was John R. Bolton, the former national security adviser who was ousted by Mr. Trump last summer because, the president said, he was concerned Mr. Bolton was forcing him into conflict with Iran.

“Another good day,” Mr. Bolton wrote on Twitter. “Iran rips the mask off the idea it ever fully complied with the nuclear deal, or that it made a strategic decision to forswear nuclear weapons. Now, it’s on to the real job: effectively preventing the ayatollahs from getting such a capability.”

But to much of the world — especially the Europeans, Russians and Chinese, who were partners in the nuclear deal — Mr. Trump’s decision to back out of the accord led to the crisis.

The president’s unilateral action started a sequence of events — the re-imposition of American sanctions, Iran’s gradual return to nuclear activity over the past year, actions that led to the targeting of General Suleimani — that could be speeding the two countries toward conflict.

Iran’s announcement means that it will no longer observe any limits on the number of centrifuges it can install to enrich uranium or the level to which it enriches it.

Iran did not say if it would resume production at 20 percent, a major leap toward bomb-grade uranium, or beyond. But by allowing inspectors to remain in the country, as the foreign minister, Mohammad Javad Zarif, said Tehran would, Iran will have witnesses to its own “maximum pressure” campaign against the West.

The primary American objective in the 2015 agreement was to keep Iran at least a year away from getting enough fuel to fashion a warhead.

Even before Sunday’s announcement, a series of steps by Tehran discarding elements of the agreement had reduced that warning time to a matter of months. The risk now is that uncertainties about how close the Iranians are to their first weapon will grow, and perhaps become fodder for calls in the United States and Israel to take military action.

In essence, Iran is saying it now can produce whatever kind of nuclear fuel it wants, including bomb-grade material.

Now, the United States and Israel must confront the big question: Will they take military or cyberwarfare action to try to cripple those production facilities?

More than a decade ago the United States and Israel cooperated on a mission code-named Olympic Games, the most sophisticated cyberattack in history, to get into the computer code driving the centrifuges at the Natanz nuclear enrichment site and make them blow up.

The Iranians recovered, and rebuilt the facility, tripling the number of centrifuges that existed before the cyberattack and opening a new centrifuge center deep in a mountain called Fordow, which is far harder to bomb. Israel repeatedly considered bombing the facilities, but was stopped by the United States and internal warnings about starting a war.

Now, after the killing of General Suleimani, those restraints could evaporate.

The nuclear deal also laid out unusually stringent scrutiny for all of Iran’s main nuclear facilities — “including daily access” if international atomic inspectors requested it.

Sunday’s announcement left unclear whether Tehran intends to obey that heightened scrutiny or will lower its adherence to the standard level. In a Twitter post, Mr. Zarif, the foreign minister, said “Iran’s full cooperation” with the inspectors of the International Atomic Energy Agency “will continue.”

Mr. Albright of the Institute for Science and International Security said that reduced visibility into the Iranian nuclear program could end up increasing fears of worst-case scenarios — and, perhaps, miscalculations — related to military strikes and war.

“They were added to gain comfort,” Mr. Albright said of the strengthened inspections. “Having daily access reduced suspicions and the chance of conspiracy theories taking root.”

For example, Mr. Albright said, new ambiguity could darken views in the West on how long it would take Iran to make enough fuel for a single atomic bomb — what nuclear experts call “breakout.” Such estimates are based on the number and efficiency of the whirling machines that concentrate a rare isotope of uranium to levels high enough to make weapon fuel.

The Iran deal was designed to keep Tehran a year or more away from getting enough highly enriched uranium to fashion a single warhead — what international inspectors call “a significant quantity.”

Mr. Albright said his group’s worst-case estimate for an Iranian breakout is four to five months. But some experts, he added, have estimated as little as two months.

He noted that the international inspectors still would have regular access to Iran’s nuclear facilities as part of the safeguard agreements of nuclear nations.

But if “the high level of transparency that the nuclear deal provided” should come to an end, Mr. Albright added, “it could undermine confidence” in the West’s assessments of Iran’s nuclear acts and intentions.

The Deepening Conflict With Iran
Read more on the turmoil following a U.S. strike that killed an Iranian general.
Iran Ends Nuclear Limits as Killing of Iranian General Upends Mideast

Pompeo Warns Iran’s Leaders U.S. Could Attack Them if They Retaliate 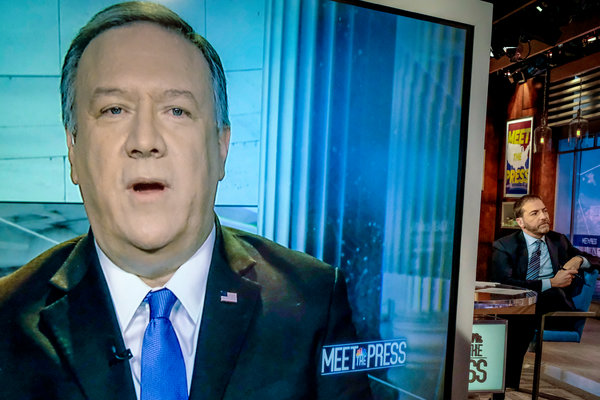 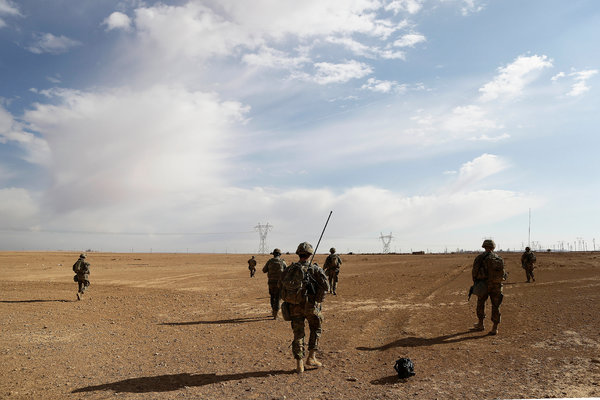 David E. Sanger is a national security correspondent. In a 36-year reporting career for The Times, he has been on three teams that have won Pulitzer Prizes, most recently in 2017 for international reporting. His newest book is “The Perfect Weapon: War, Sabotage and Fear in the Cyber Age.” @SangerNYT • Facebook

William J. Broad is a science journalist and senior writer. He joined The Times in 1983, and has shared two Pulitzer Prizes with his colleagues, as well as an Emmy Award and a DuPont Award. @WilliamJBroad