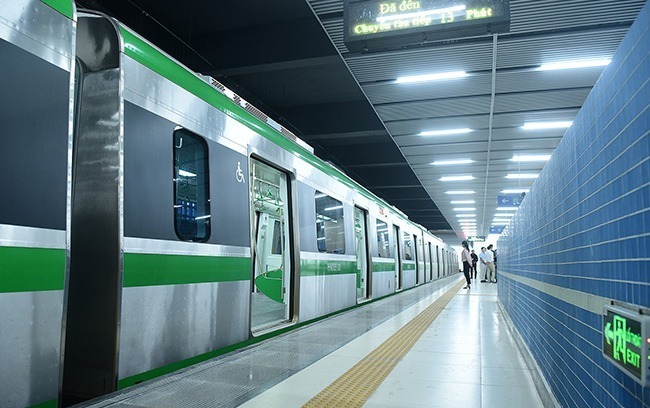 Trains of the Cat Linh-Ha Dong metro line are ready for a commercial test run, October 28, 2019. Photo by VnExpress/Giang Huy.

The trial will check all aspects or the line’s operations, from functioning stations with staff on duty at operation rooms and ticket booths. Electronic signs and loudspeakers are turned on to instruct metro commuters. Six to nine trains will operate on the route.

The metro had made its first trial run in September last year, but that test was supervised by Chinese experts from the Shenzhen Metro Company.

The ongoing commercial trial will be supervised by Vietnamese employees from state-owned Hanoi Metro Company Limited.

The 20-day period will verify system safety and operational capacity of all employees, which is a mandatory step in the inspection process, said a representative from the Chinese general contractor.

It has been reported several times that work on the line is 99 percent complete. The 1 percent remaining work is mainly outlook finishing.