END_OF_DOCUMENT_TOKEN_TO_BE_REPLACED

The Sesan, Sre Pok, and Sekong basins (3Ss) straddle Cambodia, Vietnam, and Lao PDR, and have been targeted for rapid development of hydropower.  Understanding the impact of flow changes due the operation of cascading dams is critical to address transboundary issues, including power generation and potential alteration of downstream ecosystem productivity.

END_OF_DOCUMENT_TOKEN_TO_BE_REPLACED

There is much excitement within Washington’s Asia policy world regarding the June 13 confirmation by the US Senate of David R. Stillwell as assistant secretary of state for East Asian and Pacific Affairs. The role has been without a confirmed political appointee for the entirety of the Trump administration. Finally, there is an official at the Department of State, chosen by the president—and hopefully trusted by him—to manage US diplomatic efforts in the Indo-Pacific region. END_OF_DOCUMENT_TOKEN_TO_BE_REPLACED

END_OF_DOCUMENT_TOKEN_TO_BE_REPLACED

BAN NONG CHAN, Thailand (Reuters) – By this time of year, the Mekong River should have been rising steadily with the monsoon rains, bringing fishermen a bounty of fat fish.

Instead, the river water in Thailand has fallen further than anyone can remember and the only fish are tiny.

Scientists and people living along the river fear the impact of the worst drought in years has been exacerbated by upstream dams raising the prospect of irreversible change on the river that supports one of Southeast Asia’s most important rice-growing regions. END_OF_DOCUMENT_TOKEN_TO_BE_REPLACED

END_OF_DOCUMENT_TOKEN_TO_BE_REPLACED

Last year, Vietnam scrapped a US$200 million oil and gas development project with Spanish energy giant Repsol situated within its own exclusive economic zone (EEZ) due to Chinese pressure. However, when a Chinese survey ship and coastguard vessels sailed last month to the contested oil-rich Vanguard Bank, which also lies well within Vietnam’s southeastern EEZ, Hanoi stood its ground. END_OF_DOCUMENT_TOKEN_TO_BE_REPLACED

After a record-breaking heat wave in Europe and the Arctic, last month edged out July 2016

In what may be the week’s most unsurprising news, scientists have officially announced that this past July was the hottest month ever recorded on Earth.

According to data released yesterday by the Copernicus Climate Change Service, a program of the European Centre for Medium-Range Weather Forecasts, last month edged out July 2016, the previous record-holder, for the title. 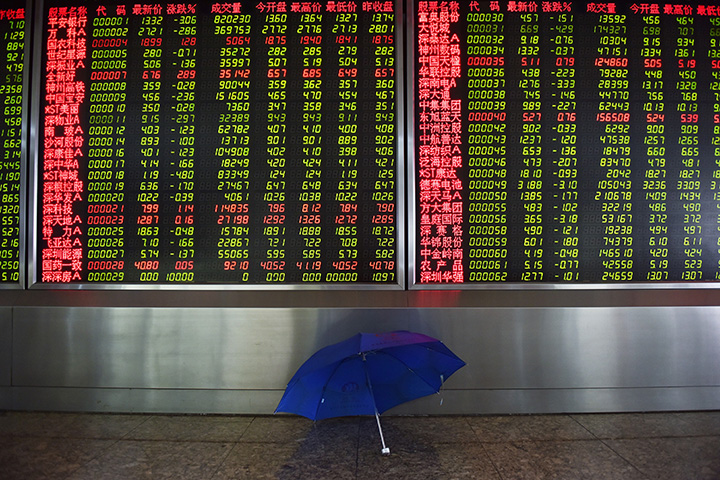 A screen showing stock prices at a securities company in Beijing on August 5. GREG BAKER/AFP/GETTY IMAGES

Welcome to the first edition of Foreign Policy’s China Brief, where every week we’ll bring you news and analysis from the most populous country in the world: the one with the angriest crowds, the hottest tech, and the smelliest dofu. I’m James Palmer, a senior editor at FP previously based in Beijing for 15 years. Every week, I’ll break down the news and explain it here.

What we’ve got today: China and the United States go tit for tat over currency, Hong Kong is split between police and protesters, and China criticizes India over Kashmir and Huawei.

A cease-fire in the ongoing U.S.-China trade war seems a long way off. This week, U.S. President Donald Trump directed the U.S. Treasury to officially designate China as a “currency manipulator” after Beijing allowed the yuan to depreciate below the symbolic level of 7 yuan to the U.S. dollar. The change itself is less than 2 percent—a smaller adjustment than market-driven fluctuations last summer—but the psychological threshold is an important one. END_OF_DOCUMENT_TOKEN_TO_BE_REPLACED