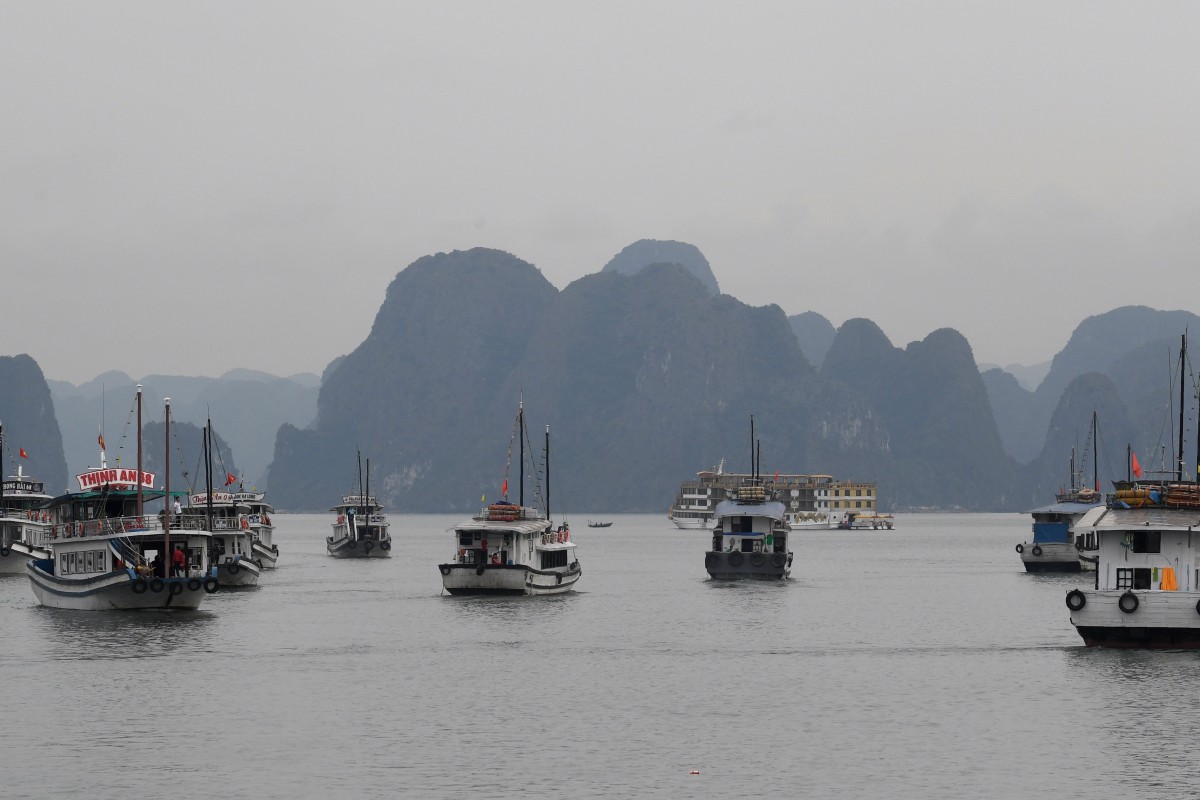 Ha Long Bay’s postcard-perfect karst islets have long attracted travellers to its Unesco-approved seascape. In 2017, the destination (population circa 1,500), in northern Vietnam’s Quang Ninh province, welcomed almost 7 million international and domestic visitors, according to website Halong Bay Tourism. The region’s tourism department hopes to receive up to 16 million tourists by the end of next year, “and to rake in VND30-40 trillion (US$1.3-1.7 billion) in revenue”, it states, on its website.

Taking a major step towards achieving that goal, on December 30, Vietnam opened Van Don International Airport, which considerably cuts travel time to Ha Long Bay for overseas visitors. What was once an eight-hour round trip from Hanoi is now just over an hour from an airport that, when fully operational, will connect the bay with 35 cities, including Hong Kong, Macau and 10 in mainland China.

The airport was unveiled alongside a new 60km highway, which reduces the drive time between Hanoi and Van Don to two hours and 30 minutes, and an international cruise port capable of simultaneously accommodating two liners with a combined carrying capacity of 8,460 passengers and crew. If that isn’t a recipe for disastrous overtourism, Destinations Known doesn’t know what is.

As far back as August 2012, travel journalist Mary O’Brien wrote in Australian publication Traveller, “the reality behind the picture-postcard views is worrying”.

“When I visited […] our boat was surrounded by container vessels,” she continued. “The beaches near docks and piers are often strewn with rubbish and travel sites have noted complaints from visitors about pollution.”

In the years since, similar observations have been made countless times across social-media platforms and on web forums. Tourists complain of being shepherded to the same overcrowded sights – Surprise Cave seems to earn its name more for its hordes and gaudy illuminations than its rock formations – and about the amounts of debris in the sea. Last summer, volunteers collected 741kg of waste from Coc Cheo and Ang Du beaches, in Ha Long Bay.

And it is not just the visible waste that is a concern. According to English-language online newspaper VietNamNet Bridge, in July last year as much as 80 per cent of local domestic waste water was being released, untreated, into the sea, which does not an attractive bay make.

In the same month, the International Union for Conservation of Nature (IUCN) hired consultants to advise on tourism and waste management at the Unesco site. Their findings, published on January 5, conclude that “rapid increases in visitor numbers and pollution have damaged the reputation of Ha Long Bay, especially in the eyes of foreigners”.

Unless the custodians of the destination clean up their act, and quickly, the engine of growth the country is counting on – tourism revenue – “risks stalling”. Unlike the planes, buses and cruise ships currently bearing down on Ha Long Bay.