(CNN)The number of traffic-related deaths reached a high of 1.35 million in 2016, according to the 2018 Global Status Report on Road Safety, released by the World Health Organization on Friday. It has also moved up to the eighth leading cause of death for people of all ages, ahead of HIV/AIDS and tuberculosis.

“Road safety is an issue that does not receive anywhere near the attention it deserves — and it really is one of our great opportunities to save lives around the world,” Michael Bloomberg, former New York mayor and the WHO global ambassador for noncommunicable diseases and injuries, said in the foreword of the report.
Although the report points out that progress has been made in certain areas, such as legislation, it has not happened quickly enough to meet the UN’s goals to halve road traffic deaths between 2016 and 2020.
Traffic deaths are now the leading global cause of deaths for children and young adults between 5 and 29 years old.
Although the number of deaths continues to increase, “the rate of death relative to the size of the world’s population has stabilized and declined relative to the number of motor vehicles in recent years,” the report says. 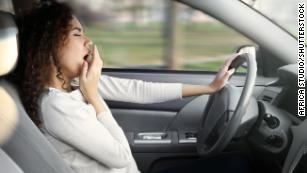 However, improvements are being made.
Of the 175 participating countries in the study, 140 have national strategies for road safety, and 132 of those strategies are funded. and 123 countries have laws that meet best practices for at least one of the five behavioral risk factors: speeding, drunken driving, not using motorcycle helmets, not using seat belts and not using child restraints.
Ninety-seven percent of the world’s population lives in countries that have national speed limit laws. These laws are present in 169 countries, but only 46 of these countries meet the best-practice recommendations. These best practices include having a national speed limit law and a 50 kilometer-per-hour cap on urban speed limits.
Since 2014, the number of countries meeting the best practices for drunken driving laws has increased tenfold, with 174 of the participating countries now having such laws, although only 136 of these have blood alcohol concentration thresholds. The third best-practice recommendation is presence of a national law.
As the number of two- and three-wheelers grows, five countries have changed their laws to meet best-practice recommendations. But “the enforcement of helmet-wearing laws are generally weak,” the report says. 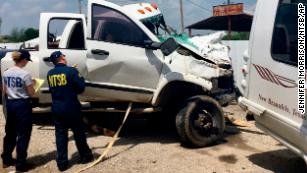 States that legalized recreational weed see increase in car accidents, studies say
Of the 161 countries that have national seat belt laws, 105 — or 71% of the world’s population — have seatbelt laws that meet the best-practice recommendations, which are presence of a law and a law that applies to the front and back of a vehicle
Finally, 9% of the world population is covered by laws that meet the best-practice criteria for child restraints. Four countries have amended their laws since 2014 to reach best-practice standards. No low-income countries have laws that meet best practices.
The report also looks at distracted driving and driving under the influence of drugs, but there is less evidence available to assess laws on these topics.

What else is being considered

The condition of roads, vehicles and post-crash care are also considered in the report as things that can help reduce the risk of road traffic deaths. The report says that research has shown that improving the infrastructure of roads is critical to improving the safety of roads.
“Head-on crashes, for example, occur on undivided roads while the lack of a footpath or a safe crossing presents a major risk for death and injury to pedestrians,” the report says.
The report has previously tracked design standards, the undertaking of audits and the inspection and star rating of both new and old roads. This year, it also looked at the provision of affordable and safe public transport, design standards meeting the needs of vulnerable road users, and the use of funding to upgrade high-risk roads.
Of the countries represented in the report, 132 have national design standards that provide safe crossings for pedestrians and cyclists, 112 have them for speed management, and 92 have standards for separating motorized vehicles from pedestrians and cyclists.
The safety standard of vehicles themselves is “increasingly critical to the prevention of crashes and has been shown to contribute to substantial reductions in the number of deaths and serious injuries on the roads,” the report says. 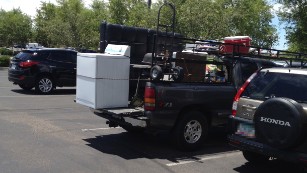 The deadly toll of road debris
There have been eight vehicle safety standards prioritized by the UN for implementation. These include frontal and side impact protection, electronic stability control and pedestrian front protection. However, there are only 40 countries, mostly high-income, that implement seven or eight of these, and 124 countries apply none or one of them.
Malaysia and India have both applied another standard since the last WHO review. When it comes to post-crash care, over twice as many patients die before they reach a hospital in low-income countries than in high-income countries, according to the report
“Emergency care is at the core of the post-crash response,” the report says.

Sign up here to get The Results Are In with Dr. Sanjay Gupta every Tuesday from the CNN Health team.

Although the number of traffic deaths is increasing, “this review of key risk factors does show, however, that progress is being made in improving key road safety laws, infrastructure, adoption of vehicle standards and improving access to the post-crash care,” the report says.
Interventions in road safety laws have led to an additional 1 billion people being covered by best-practice road laws.
There have also been developments that have contributed to strengthening the fight against road traffic deaths, such as the United Nations Road Safety Trust Fund, which may help catalyze investments in road safety.