Soft European cheese has fallen on hard times in China. Customs officials have banned a host of soft, mould-ripened cheese for containing “too much bacteria”, with authorities reportedly alarmed the mould contained colonies of bacteria that had not been officially approved.

The ban mainly affects French and Italian cheese, including brie, camembert, gorgonzola and roquefort, as well as the English delicacy stilton.

Sinodis, a distributor of foreign-based cheeses in Shanghai, sent a letter to customers announcing “cheese products containing certain moulds cannot temporarily be imported in China”. The company has stopped importing a laundry list of nearly 50 kinds of cheese since 23 August. The ban started in July in some cities, but was expanded nationwide this week. 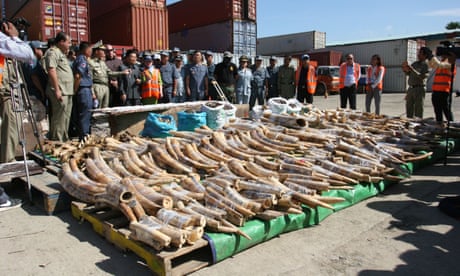 “There is no good reason for the ban, because China considers the same cheese safe if produced in China,” William Fingleton, a spokesman for the delegation of the European Union to China, said in an email. “This effectively means that China is banning famous and traditional European cheeses that have been safely imported and consumed in China for decades. The entire Chinese market for soft cheeses is now closed.”

China imported more than £300m of cheese last year, according to customs data, but the statistics do not specify which varieties made up the bulk of that. Most of the strong, pungent cheeses affected by the ban are unpopular with Chinese people and are mostly consumed by foreign residents.

Chinese health regulations permit only a few types of bacteria in dairy products, but there is an exemption for “cultures that are traditionally used for food production”. That exemption does not apply to imported goods, but it is not clear what made authorities crackdown on cheese now.

Hard cheese such as cheddar, comté, gruyère and manchego are unaffected by the new rules, but the arbitrary nature of the ban on soft cheese has European officials worried.

“The European cheese industry is extremely concerned by this ban,” Fingleton said. “We are concerned that potentially many other types of cheeses may be affected in the future in the same way.”

There are currently tonnes of cheese being wasted because it cannot clear customs, Fingleton said. Cheese industry representatives have asked the government for clarification, but have not received any clear answer, he said.

The EU is currently surveying member states before it lobbies China to update regulations covering cheese.

China previously banned British cheese in 2014 when the food standards agency complained about hygiene standards at an unnamed dairy, but later lifted the prohibition. Italian mozzarella faced a similar ban in 2008 when the government ordered a recall, believing some products contained carcinogens.

China’s food safety watchdog, the general administration of quality supervision, inspection and quarantine, and the county’s customs department did not respond to requests for comment.