Europe’s solar industry has condemned an EU vote to impose another round of duties on Chinese imports, just weeks before a US trade panel is due to rule on similar tariffs.

A Brussels committee yesterday agreed to set minimum import duties for Chinese solar modules and cells that could price them up to 30% above market levels with “huge negative effects” for the industry, according to trade groups.

There is also a “99% probability” that Trump will announce tariffs on Chinese solar imports before the end of January, according to one source who has held talks with senior US government officials.

European commission sources insist the EU’s anti-dumping measure will slowly reduce existing tariffs and “gradually lead to a convergence of the world market price and the EU import price”.

But with world market prices falling, SolarPower Europe said this would still add at least €500 (£458) to the cost of a household installation – and up to €1m to a one-megawatt industry revamp. 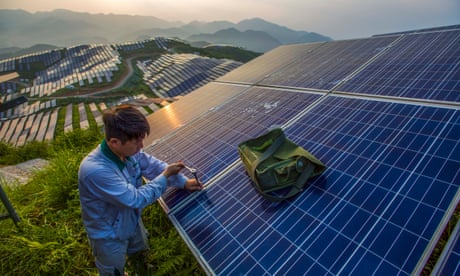 James Watson, the group’s CEO, said: “Some investors and asset managers will now wait at least 12 months before they start building as they know they are guaranteed a price reduction. Businesses are already telling us this.

“When you put in a minimum price, you also get a magnet effect where all modules gravitate to the new level. It increases the cost of solar, and will ultimately harm its overall deployment.”

The EU first imposed solar tariffs in 2013 over concerns that Chinese solar goods – which make up about a third of EU sales – were retailing at below production costs.

A renewable energy boom has helped China meet its solar power targets for 2020 three years early, and its solar industry to dominate the global market. The knock-on effect for European manufacturers has been devastating, according to the German firm SolarWorld AG, which first petitioned the EU to act.

Milan Nitzschke, the firm’s vice-president, described the commission’s phased reduction of tariffs as “a slap in the face for manufacturing industry”.

“What is shocking is that the commission proposed to set the minimum import prices at levels far below the cost of production. That makes them senseless. We believe that this is illegal and not in line with anti-dumping regulations.” 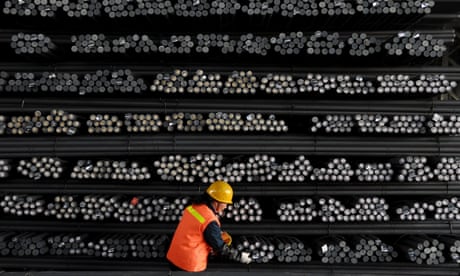 China hits back at ‘extreme’ tariffs from rival economies

Solarworld are considering an appeal to the European court but the issue is likely to come to a head first in the US, where the International Trade Commission will rule on a case filed by Solarworld and Sunniva on 22 September.

Leaks of an Oval Office meeting at which Trump told aides “I want tariffs” against China have stoked fears in the US solar industry that tens of thousands of jobs could be lost in any trade spat.

Speaking on condition of anonymity, a source with knowledge of the issue told the Guardian: “There is a 99% probability that Trump will impose measures, although they will not be as high as requested.”

An attempt by Trump to cut a deal with China with North Korea could obstruct tariffs, the source added, “but from the political agenda it seems clear that the administration will impose measures. It is a no-brainer.”