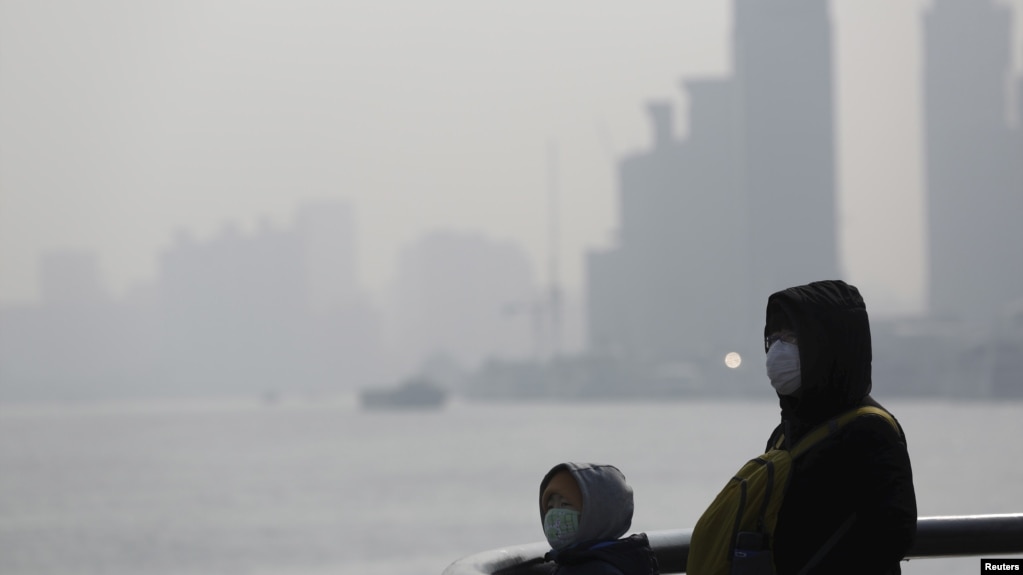 BANGKOK — Asia-Pacific — home to more than half the world’s population and some of its fastest-growing economies — is a key battleground in the fight against pollution, one of the biggest threats to the planet and its people, the U.N. environment chief said.

An estimated 12 million people die prematurely each year because of unhealthy environments, 7 million of them due to air pollution alone, making pollution “the biggest killer of humanity,” Erik Solheim told the first Asia-Pacific Ministerial Summit on the Environment in Bangkok this week.

Humans have caused pollution and humans can fix it, said Solheim, executive director of UN Environment, in an interview with Reuters at the four-day summit.

“The struggle for a pollution-free planet will be won or lost in Asia — nowhere else,” said the former Norwegian minister for environment and international development.

The sheer size of Asia-Pacific, as well as its continued economic growth, put it at the heart of the challenge, he added.

The region’s development has been accompanied by worsening pollution of its air, water and soil. Its emissions of planet-warming carbon dioxide doubled between 1990 and 2012, and the use of resources such as minerals, metals and biomass has tripled, according to the United Nations. 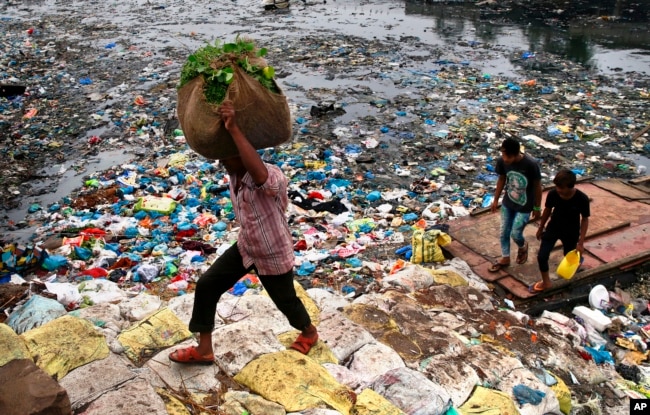 FILE – A man carries a sack of vegetables as he walks past a polluted canal littered with plastic bags and other garbage in Mumbai, India.

World Health Organization figures also show Asia has 25 of the world’s 30 most-polluted cities in terms of fine particles in the air that pose the greatest risks to human health. The pollution comes largely from the combustion of fossil fuels, mostly for transport and electricity generation.

Solheim said Asia is also a major contributor of plastic polluting the world’s oceans — and solutions can be found in the region. He pointed to a huge beach cleanup campaign in Mumbai that inspired Indian Prime Minister Narendra Modi to overhaul the country’s waste management system.

“There’s enormous environmental opportunity,” Solheim said. “Asia has by and large strong governments, and they have the ability to fix problems.”

Solheim said fighting pollution by moving toward renewable energy sources such as wind and solar would also benefit efforts to curb climate change, which scientists say is stoking more deadly heatwaves, floods and sea-level rise around the world.

But environmentalists worry that Asia’s demand for coal, the most polluting of the major fossil fuels, is likely to grow for years to come.

Figures from a forum organized by the King Abdullah Petroleum Studies and Research Center in Singapore earlier this year show that some 273 gigawatts of coal power are still being built, although much more has been put on hold.

In July, analysts told Reuters that Japan, China and South Korea are bank-rolling coal-fired power plants in Indonesia despite their pledges to reduce planet-warming emissions under the Paris climate deal. 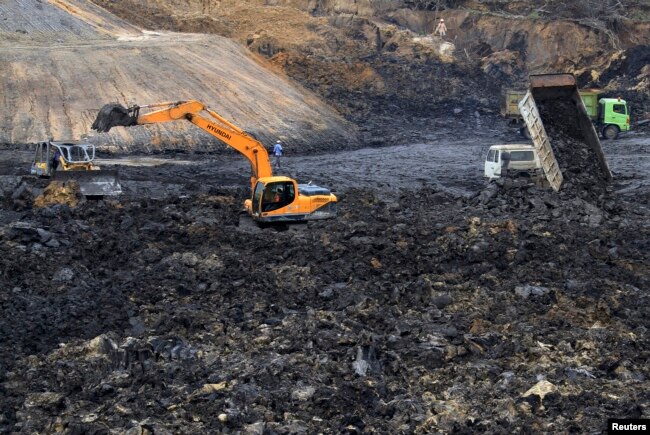 FILE – Workers operate machines at a coal mine at Palaran district in Samarinda, Indonesia, Sept. 14, 2013.

The landmark 2015 Paris Agreement seeks to limit the rise in average world temperatures to well below 2 degrees Celsius above pre-industrial times. Experts say curbing or ending the use of coal is required if this goal is to be reached.

Globally, many countries — including China — are shutting down or suspending plans for coal-fired power plants as costs for wind and solar power plummet.

Solheim is optimistic, noting that the International Energy Agency significantly raised its five-year growth forecast for renewables led by China, India, the United States and Mexico.

“There are very, very few people in the world who believe that the future is coal,” he said. “I think we will see the shift [to renewables] happening much faster than people tend to believe.”

On U.S. President Donald Trump’s decision to pull his nation out of the Paris Agreement, Solheim sees a silver lining.

“The surprising judgment of history may be that Donald Trump did a lot of service to this fight against climate change by withdrawing, because he galvanized the reaction of everyone else,” said Solheim.

“All the big, iconic companies of modern capitalism — Apple, Google, Microsoft, Amazon — they immediately said, ‘We will move into the green economy.'”