In common parlance today, the word “tragedy” is used to describe any ill fortune that befalls a person or group: a destructive earthquake, a fatal shooting, the death of a family member from disease. But to the ancient Greeks, tragedy involved an element of human error (hamartia), not just external circumstance. On this measure, the saga of the United States and the Trans-Pacific Partnership (TPP) would have given Sophocles enough material for an epic to rival Oedipus Rex.

From the start, TPP was marked by tragic irony—with China always in a supporting role. The George W. Bush administration notified Congress of its intent to negotiate a high-standard trade agreement with Asia-Pacific partners on September 22, 2008—one week into a global financial crisis that would severely undermine U.S. economic leadership and embolden Beijing. While quick to embrace TPP and successful in concluding an agreement among the parties, President Barack Obama fatally delayed pushing for trade promotion authority from Congress in 2014—choosing instead to name the chairman of the relevant Senate committee, Max Baucus, as his ambassador to China. And in one of his first, catastrophic acts as president, Donald Trump withdrew the United States from the unratified TPP—not understanding that it was one of the most powerful tools he had to compete with his nemesis, China. 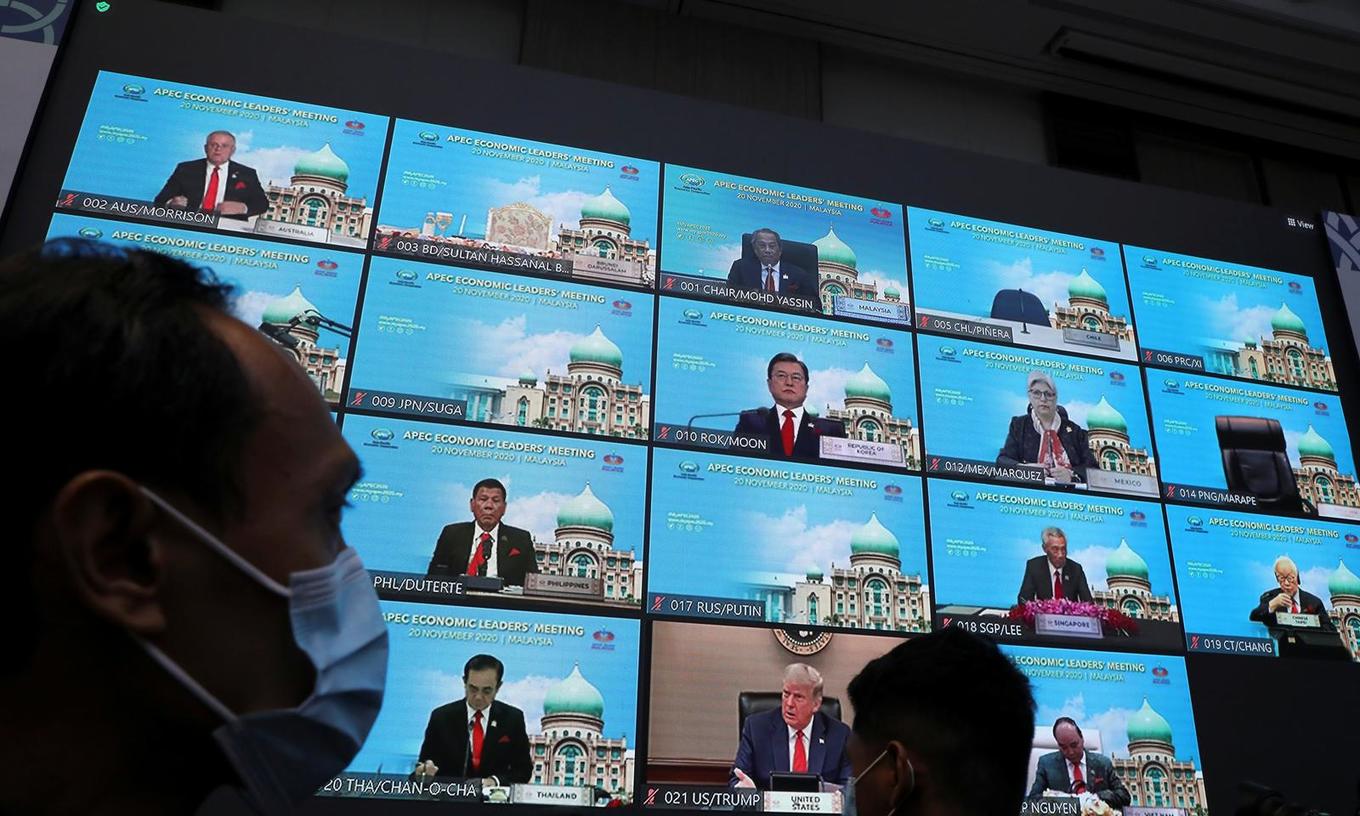 Gurpreet S. Khurana, who first used the term “Indo-Pacific” a decade ago, is a maritime strategist and executive director of the National Maritime Foundation in New Delhi.

NEW DELHI — On his recent tour of Asia, U.S. President Donald Trump offered the world a first glance into his formative geopolitical strategy. Both in Vietnam at the Asia-Pacific Economic Cooperation summit and at his earlier meeting with Prime Minister Shinzo Abe in Japan, he spoke of the “Indo-Pacific” instead of the “Asia-Pacific,” the term used most often by previous American administrations. END_OF_DOCUMENT_TOKEN_TO_BE_REPLACED

HÀ NỘI — President Trần Đại Quang and President Donald Trump witnessed the signing of co-operation agreements worth a total of US$12 billion, mostly in aviation, petroleum and seaports between Việt Nam and the US after their talks in Hà Nội on Sunday. END_OF_DOCUMENT_TOKEN_TO_BE_REPLACED

ĐÀ NẴNG – In strong speeches laying out widely differing visions on the future of international trade, the presidents of China and the US yesterday stressed the importance of regional peace and security to stable, sustainable growth. END_OF_DOCUMENT_TOKEN_TO_BE_REPLACED

HÀ NỘI — The 31st ASEAN Summit (ASEAN-31) and related meetings, which will be held in Manila, the Philippines, from Sunday to Tuesday, are set to focus on orientations and measures for enhancing connectivity to realise the ASEAN Community Vision 2025.Prime Minister Nguyễn Xuân Phúc will lead a high-ranking delegation of Việt Nam to the ASEAN-31, the 20th ASEAN+3 Summit (with China, Japan and the Republic of Korea), the ASEAN+1 meetings (with China, Japan, the Republic of Korea, India, the US, Canada, the European Union, and the United Nations), and the 12th East Asia Summit. END_OF_DOCUMENT_TOKEN_TO_BE_REPLACED

ĐÀ NẴNG – Ministers of the 11 original signatories to the Trans-Pacific Partnership (TPP) have agreed on “core elements” of a new trade pact to be implemented without the United States.The agreement will now be called the Comprehensive and Progressive Agreement for Trans-Pacific Partnership (CPTPP), says a statement released today. END_OF_DOCUMENT_TOKEN_TO_BE_REPLACED

QUẢNG NAM – The youth representatives of 17 out of 21 Asia-Pacific Economic Cooperation (APEC) member economies adopted a declaration for youth at the closing ceremony of APEC Voices of the Future 2017 in the central province of Quảng Nam on Friday.In the declaration, the delegates said they believe that they will diminish the disparities between economies, accelerate communication, decrease the cost for new startups, and generate more opportunities for young people through a communication platform. END_OF_DOCUMENT_TOKEN_TO_BE_REPLACED
11.11.2017 ~ Trần Đình Hoành ~ Bình luận về bài viết này
vietnamnews Update: November, 11/2017 – 19:20

Danang (Vietnam) (AFP) – Trade ministers from 11 Asia-Pacific countries agreed Saturday to press ahead with a major trade deal without the United States, as the world’s largest economy seeks to go it alone under President Donald Trump’s ‘America First’ policy.

Trump pulled his country from the Trans Pacific Partnership (TPP) at the start of the year, dismaying allies and casting into doubt an agreement heralded for tying lower tariffs to strong environmental and labour protections.

END_OF_DOCUMENT_TOKEN_TO_BE_REPLACED

DANANG, Vietnam — U.S. President Donald Trump set out a strong message on trade at a meeting of Asia-Pacific countries in Vietnam on Friday, saying the United States could no longer tolerate chronic trade abuses and would insist on fair and equal policies.

Trump said the United States was ready to make a bilateral deal with any country in the Indo-Pacific region, but only on the basis of “mutual respect and mutual benefit”. END_OF_DOCUMENT_TOKEN_TO_BE_REPLACED