The apparent assassination of the North Korean leader’s estranged half-brother is strengthening bipartisan calls for the US to relist North Korea as a state sponsor of terrorism, a designation lifted nine years ago. Doing so would increase the country’s isolation, while potentially complicating any future diplomacy to halt its nuclear and missile programs.

The US kept North Korea on its terrorism blacklist for two decades after the 1987 bombing of a South Korean airliner killed 115 people. But President George W Bush lifted the designation in 2008 to smooth the way for aid-for-disarmament negotiations. The concession proved of little value as the talks collapsed soon after and have yet to resume. 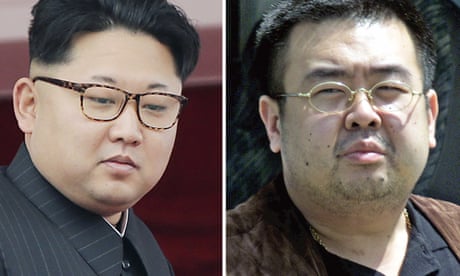 Currently, the US considers only Iran, Sudan and Syria as terrorism sponsors. To re-impose the designation on North Korea, the secretary of state would have to determine it has “repeatedly” provided support for acts of international terrorism. Last June, the department said North Korea “is not known to have sponsored any terrorist acts” since the plane attack 30 years ago.

House lawmakers are pushing for a fresh review of the evidence. The death of North Korean leader Kim Jong-un’s exiled elder brother could make the case more persuasive. A pair of female assailants reportedly accosted Kim Jong-nam at an international airport in Malaysia on Monday, and he told medical workers he had been sprayed with a chemical.

“We should never have taken North Korea off the state sponsor of terrorism list,” Democratic congressman Brad Sherman of California told a hearing on Thursday. While Malaysian authorities are still investigating, the death compounds the impression of North Korea acting with impunity. Just a day earlier, it launched a new type of medium-range missile as President Donald Trump was meeting Japan’s prime minister. 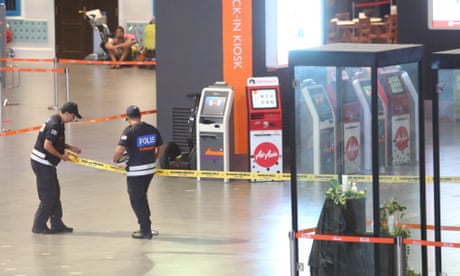 Senator Cory Gardner of Colorado, who chairs a panel on Asia, is among six Republican senators who this week urged treasury secretary Steven Mnuchin to take more steps to cut off North Korea’s access to hard currency. They also sought for the administration to review the terror designation.

“The murder once again highlights the treachery of North Korea,” Gardner said. He added there is evidence of North Korean “actions and relationships that would meet the criteria of state sponsor of terror”.

The State Department said North Korea remains among the most heavily sanctioned countries in the world, based on its nuclear detonations and ballistic missile and proliferation activity. It also is penalized for human rights violations and its status as a communist state. The department would not say if a terrorism review was underway.

The Observer view on North Korea

It warned North Korea could respond by conducting more nuclear and long-range missile tests if it concludes the US is not interested in dialogue.

But the US government has urged China to keep pressure on North Korea to return to talks aimed at preventing Pyongyang from making further advances in its weapons program in violation of UN resolutions.

China’s commerce ministry said on Saturday it would suspend all imports of coal from North Korea starting from 19 February.

The Trump administration has said China should do more to pressure Pyongyang. “All countries should fully and transparently implement all relevant UN Security Council Resolutions on the DPRK,” a State Department spokesperson said, referring to North Korea.

“We continue to urge China to exert its unique leverage as North Korea’s largest trading partner to convince Pyongyang to return to serious talks on denuclearization.”

China announced in April last year it would ban North Korean coal imports to comply with sanctions imposed by the UN and aimed at starving the country of funds for its nuclear and ballistic missile programs. But it made exceptions for deliveries intended for “the people’s well-being” and not connected to the nuclear or missile programs.

Reuters and Associated Press contributed to this report