A final ruling is expected soon from a tribunal at the Permanent Court of Arbitration in The Hague hearing Manila’s case against Beijing’s claims in the South China Sea. How many countries recognize the decision as legally binding on both parties and call for it to be respected will determine its ultimate value, as international pressure is the court’s only enforcement mechanism. In an effort to deflect that pressure, Chinese officials and state media have been trumpeting the number of countries that have voiced support for Beijing’s position that the tribunal lacks jurisdiction in the case and the ruling is therefore invalid. China’s Ministry of Foreign Affairs claims that number has climbed to 60, but has not provided a list of the countries or, in most cases, evidence for their support.

AMTI has scoured publicly available, official statements in an effort to determine the real positions taken by countries. To-date, we have identified 50 countries that appear to be included in China’s list of supporters. Of those, 8 have publicly confirmed their support, 3 have denied Beijing’s claim of support, and 39 have remained publicly silent or have issued statements that are considerably vaguer than indicated by China. In contrast, 9 countries plus the European Union have said that the arbitral award will be legally binding and have called on both China and the Philippines to respect it.

Support for China’s position is defined here as an explicit public statement that 1) the arbitral tribunal lacks jurisdiction or legitimacy; 2) the right of states to choose their own method of dispute resolution should be respected (and therefore compulsory dispute mechanisms such as the tribunal are invalid); or 3) the right of states to exempt certain types of disputes from compulsory settlement as provided for by article 298 of the UN Convention on the Law of the Sea should be respected (which China claims invalidates the arbitral proceedings because they actually touch upon boundary delimitation, from which it has exempted itself).

AMTI will endeavor to keep this list constantly updated. If you believe we have overlooked or misinterpreted the statements of any countries, please email AMTI@csis.org. 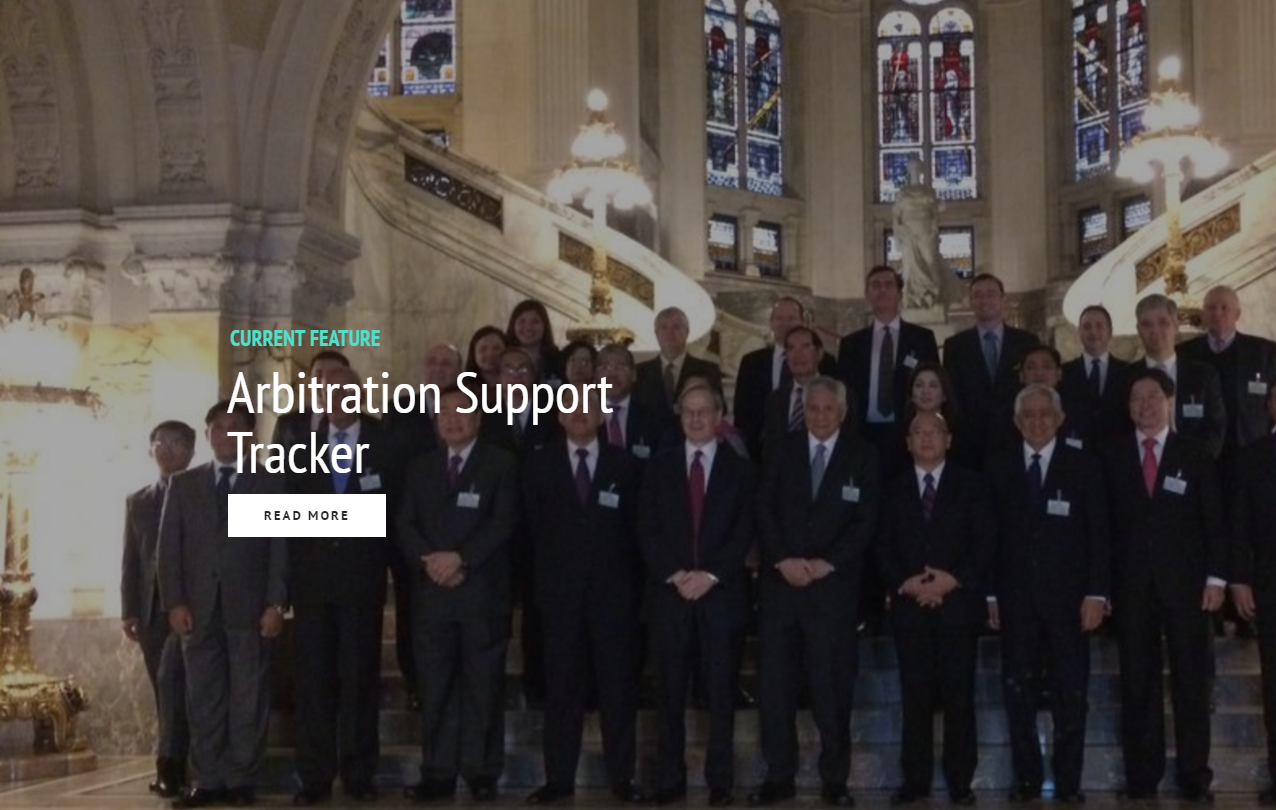 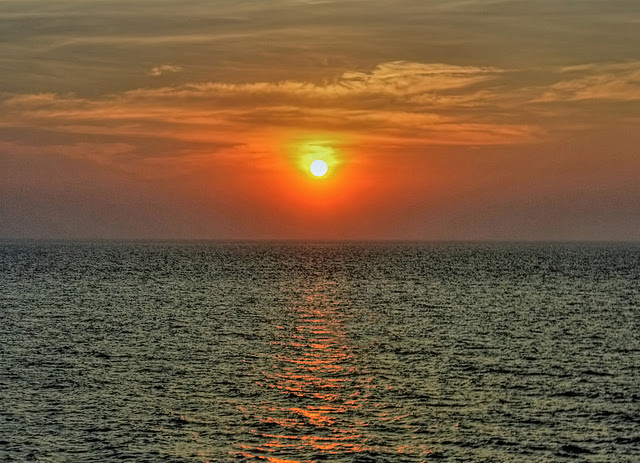 Is India planning to install undersea surveillance sensors in the Bay of Bengal?

It is a question that has animated discussions in maritime circles recently. A recent report in the Indian media suggests New Delhi is planning to undertake joint projects with Japan and the United States for the defense of its littoral spaces, including one for the installation of a sound surveillance sensors (SOSUS) chain in India’s near seas. In an article for a Indian defense magazine in April this year, Prasun Sengupta, a well-known analyst and commentator, surmises that New Delhi is considering Japanese assistance in the construction of an undersea network of seabed-based sensors stretching from the tip of Sumatra right up to Indira Point in the Bay of Bengal to prevent Chinese submarines from approaching Indian exclusive economic zone. According to Sengupta, besides providing funds for the upgrading of naval air bases and construction of new electronic/signals intelligence stations along the Andaman and Nicobar chain of islands, Tokyo plans to finance an undersea optical fiber cable from Chennai to Port Blair. Once completed, this network is likely to be integrated with the existing U.S.-Japan “Fish Hook” SOSUS network meant specifically to monitor People’s Liberation Army-Navy(PLAN) submarine activity in the South China Sea and the Indian Ocean Rim. Read more… 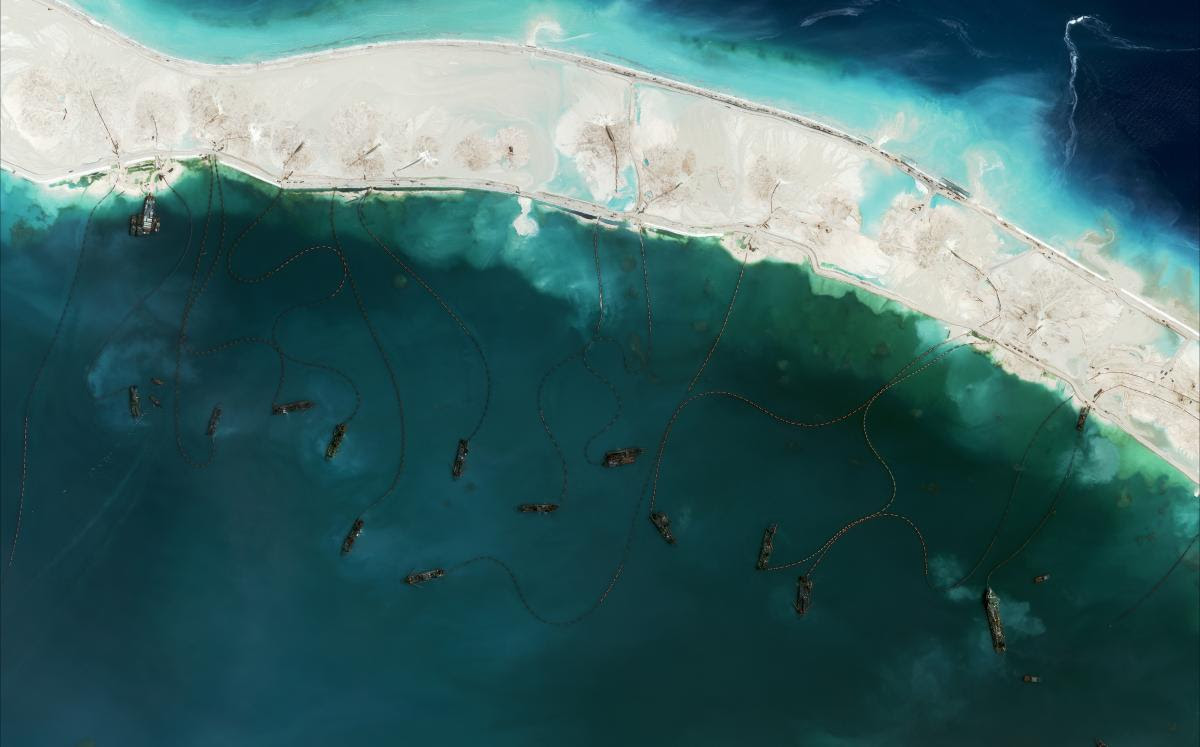 Podcast: How to Build an Artificial Island

In this episode of the CogitAsia Podcast, host Colm Quinn explores how to build an artificial island. Dr. John McManus of the University of Miami’s Rosenstiel School gives a step by step guide to construction and describes the techniques the People’s Republic of China has used in building up reefs in the South China Sea. We discuss the costs and politics behind island building in Southeast Asia with Gregory Poling, director of the CSIS Asia Maritime Transparency Initiative, and then Dr. McManus assesses the durability of these new islands and the impact of their construction on the environmental well-being of the ocean reefs and fisheries in the surrounding waters. Read more… President Barack Obama’s historic visit to Vietnam, during which he announced the complete lifting of a long-standing U.S. ban on lethal weapons sales, culminated the process of normalization between Vietnam and the United States. In the joint statement with President Tran Dai Quang, Obama emphasized that the lifting of the ban “will ensure that Vietnam has access to the equipment it needs to defend itself and removes a lingering vestige of the Cold War.” In addition, defense cooperation measures to strengthen the Vietnamese coast guard were announced, and Obama, referencing the South China Sea issue, reiterated that “the United States will continue to fly, sail, and operate wherever international law allows, and we will support the right of all countries to do the same.” Read more… 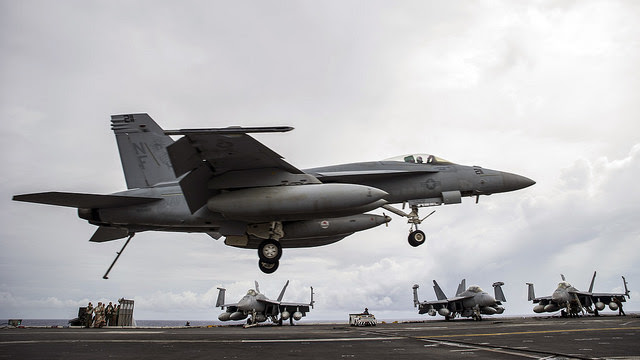 EDCA and the Projection of U.S. Air Power in the South China Sea

On April 19, four A-10C Warthogs flew from Clark Air Field to the vicinity of Scarborough Shoal, 140 nautical miles from the main Philippine island of Luzon. The flight of the A-10s near the shoal was a subtle message to China that the United States would risk military escalation to deter Chinese reclamation at this disputed feature. The A-10Cs were part of a Pacific Command Air Force rotational deployment in the Philippines, which included eight aircraft and 200 personnel in total. They constituted the first in what will become a regular cycle of U.S. Air Force rotations in the country, laying the foundation for joint air patrols between the Philippines and the United States. The follow-on rotations of U.S. aircraft and personnel in the Philippines will be determined in consultation with the Armed Forces of the Philippines (AFP) as provided for by the 2014 Enhanced Defense Cooperation Agreement (EDCA). Read more…