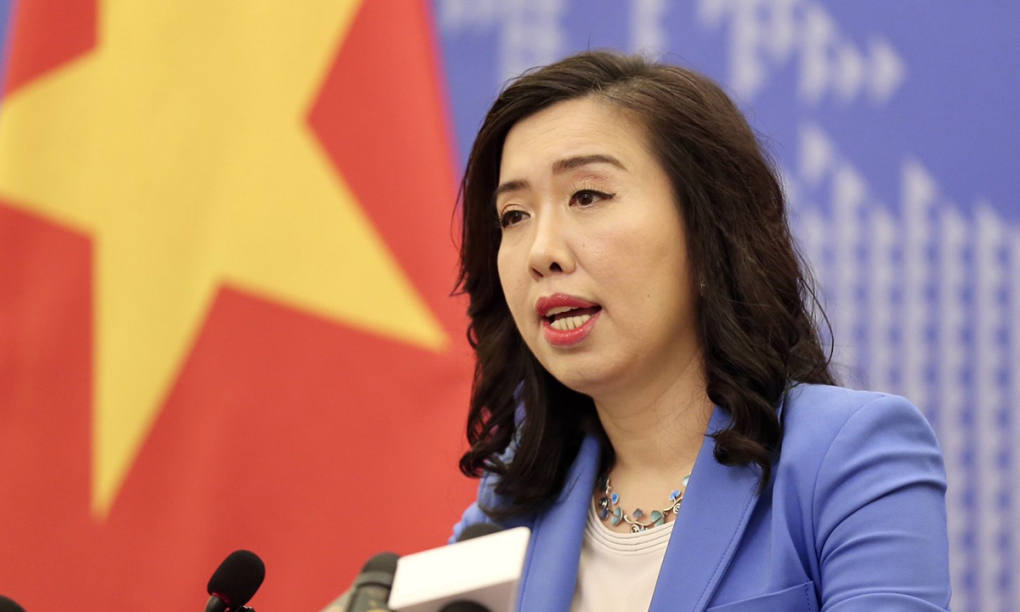 The Hainan Maritime Safety Administration announced March 4 the establishment of a no-go zone for military drills in the East Sea (known internationally as the South China Sea), the southwest of Hainan Island, saying the drills would start from the same day and last until March 15.

“Part of the above-mentioned maritime area belongs to Vietnam’s exclusive economic zone and continental shelf as determined under the 1982 United Nations Convention on the Law of the Sea (UNCLOS).

Hang said that Vietnam always closely follows developments in the East Sea and exercises its sovereign rights and jurisdiction in accordance with international law, especially the 1982 UNCLOS.

In mid-February, the Chinese navy sent a Type 903 replenishment ship and a hospital ship to conduct search and rescue drills, maritime logistics and live ammunition firing in the East Sea, but did not disclose the specific location.

Tensions in the East Sea area have continued to rise in the context of China’s naval expansion and the establishment of military outposts on illegally built artificial islands.

Meanwhile, the U.S. and other Western nations such as Britain, France and Germany are increasing their military presence in the region.

The U.S. has also conducted many Freedom of Navigation Operations (FONOPs) in the South China Sea to challenge China’s illegal sovereignty claims.

The infamous “nine-dash line” claim that China has unilaterally and illegally made, covering almost the entire East Sea area, has been clearly rejected by the international community. China has also illegally built seven rocks on Vietnam’s Truong Sa (Spratly) archipelago and turned them into artificial islands and militarized outposts.