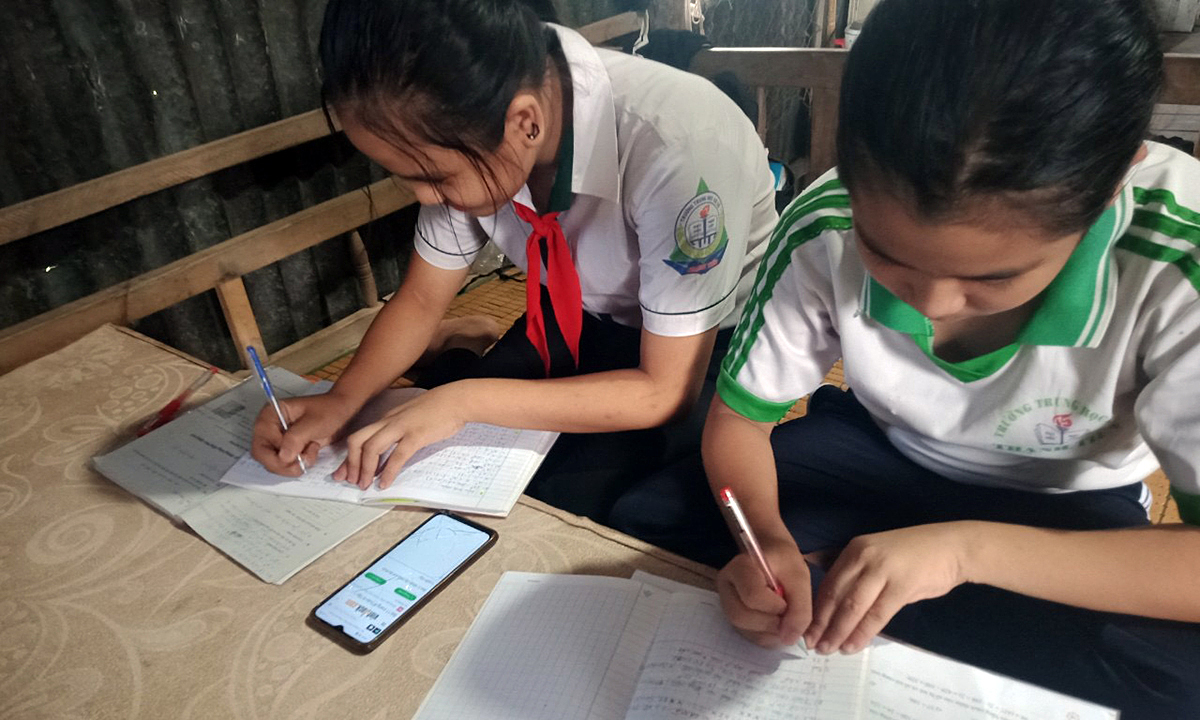 Two sisters use a smartphone of their parents for online studying in Vietnam’s southern Can Tho City, September 2021. Photo by VnExpress/Duc Duy

The Ministry of Information and Communications has put forward a plan to give each poor family a tablet if they cannot afford one.

In a draft circular it is putting forward for feedback, the ministry said each poor family should be given a tablet in case they have not received it from any other benefactors or charity programs.

END_OF_DOCUMENT_TOKEN_TO_BE_REPLACED

Recent public pushback shows that Vladimir Putin could be meeting his match – not just with Ukrainians, but also his own people who are tiring of constant wars.

Demonstrators shout slogans during a protest against Russia’s attack on Ukraine in St. Petersburg, Russia, on Feb. 27. THE ASSOCIATED PRESS

Russian President Vladimir Putin might not have predicted the resistance he has seen since he ordered an invasion of Ukraine.

But it’s not just the Ukrainian people who are putting up a surprising fight.

END_OF_DOCUMENT_TOKEN_TO_BE_REPLACED

NATO member Turkey shares a maritime border with Russia and Ukraine in the Black Sea and has good ties with both. Ankara has called Russia’s invasion unacceptable and offered to host talks, but has opposed sanctions on Moscow.