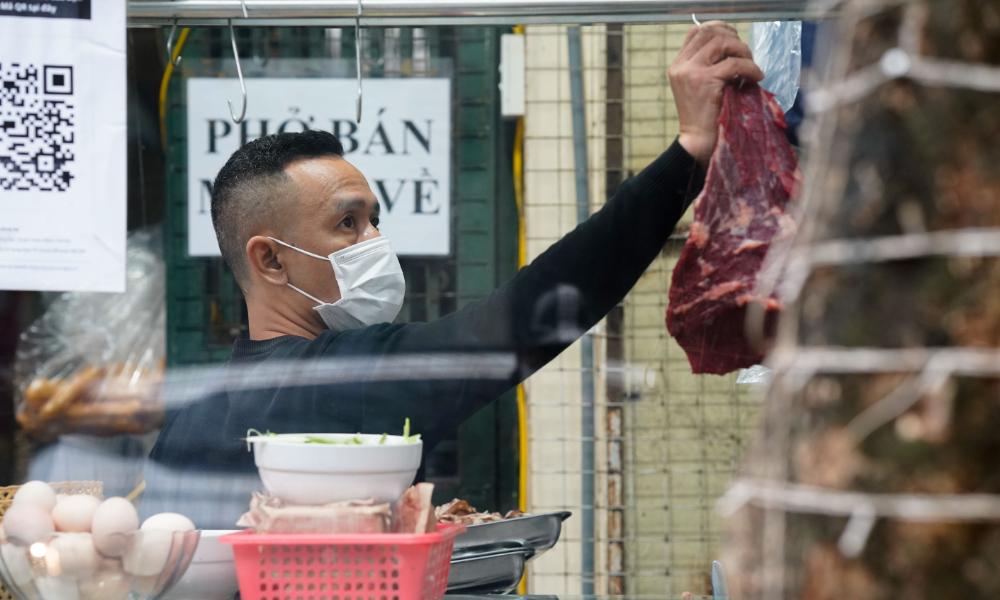 A man prepares food inside an eatery in Hanoi, December 26, 2021. Photo by VnExpress/Pham Chieu

Lawmakers have expressed mixed opinions on the government’s VND347 trillion ($15 billion) stimulus package, with some urging for more cash while others worry about inflation.

“We plan to provide a large amount through fiscal policy but the amount through monetary policy is not meeting expectations from businesses and the people,” said Trinh Xuan An, a member of the National Assembly’s National Defense and Security Committee.

He was referring to the government’s proposal Tuesday to issue the stimulus package to revive Vietnam’s Covid-hit economy.

The government plans to spend 83 percent of the package on fiscal policy and most of the rest on monetary policy, but it should make changes to have a more balanced ratio between the two, An said.

Echoing him, Nguyen Phu Cuong, chairman of the Finance and Budget Committee under the National Assembly, called the VND46 trillion that is to be spent on monetary policy “faint”.

The government should give more options for businesses to acquire loans with guarantees as they would have much more difficulties accessing loans on their own, he added.

Together with other stimulus packages last year, the figure reaches nearly 7.5 percent of GDP.

Nguyen Manh Hung, member of the economic committee, said with cash pumped into the economy in both supply and demand, there are inflation risks.

The government needs to ensure inflation stays below 4 percent for five years as the National Assembly has requested, he added.

But President Nguyen Xuan Phuc said although rising inflation will come when cash is pumped into the economy, it would remain under control.

The stimulus package is needed to recover the economy and lawmakers should not be too concerned about inflation that they won’t approve it, he added.

Chairman of National Assembly Vuong Dinh Hue suggested more tax be applied on stock transactions as there is rising demand for trading.

The tax could be used to recover the economy and keep the market from getting “too hot”, he said.

Last year, Vietnam’s GDP growth dropped for the second year in a row to 2.58 percent as the Delta variant forced many economic activities to shut down in the third quarter.Related News: