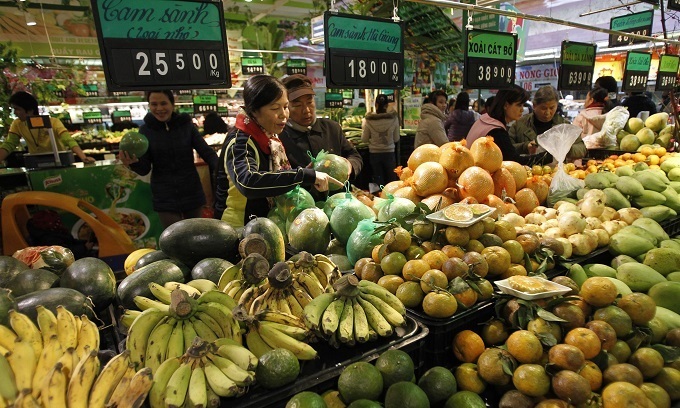 In the last decade .their investments in Vietnam swelled by an average of 13 percent a year.

By the end of last year their total investment was only around $13 billion, not enough to put Thailand in the top five list, but still managed to have large market shares in several sectors by concentrating their investment in a handful of sectors.

In the retail sector, some leading supermarket chains are controlled by two Thai companies, Central Group and TCC Group.

Central Group, Thailand’s leading retailer, which belongs to the Chirathivat family, started off in Vietnam as a fashion merchandiser in 2012, distributing products from brands such as SuperSports, Crocs and New Balance.

In 2015, it acquired a 49 percent stake in electronics retailer Nguyen Kim through its subsidiary Power Buy.

In the same year, it bought out supermarket chain Lan Chi, which operates mainly in northern rural areas.

In 2016, it bought supermarket chain Big C Vietnam from France’s Casino Group for over $1 billion.

In 2016, it bought wholesale chain Metro Cash & Carry Vietnam for €655 million ($796 million) and rebranded it as MM Mega Market Vietnam a year later.

Fraser and Neave, Limited, a food and beverage company also owned by Sirivadhanabhakdi, is the biggest foreign shareholder in dairy behemoth Vinamilk.

It now owns eight packaging companies in the country.

SCG has over 20 subsidiaries in the cement and building materials, chemicals and packaging industries.

In the livestock industry, Thailand’s largest private company Charoen Pokphand Group (CP) has been dominating the market for years.

In 1993, it established CP Livestock Co and later changed its name to CP Vietnam Corporation (CPV). In 2019, its revenues topped VND65.5 trillion, or 10 times that of the largest local rivals.

The solar energy sector has also attracted a number of Thai investors. Super Energy Corporation has been acquiring stakes in solar power plants in Ninh Thuan and An Giang provinces since 2018.

In March 2020, it announced plans to invest over $456 million in four solar plants with a total capacity of 750MW in Binh Phuoc Province.

Thai companies have a geographical advantage over their counterparts from Europe, South Korea or Japan, while the two countries are culturally similar.

Thai investors’ strategy has been to target top companies in Vietnam or those with a competitive advantage, and take them over through mergers and acquisitions.