The Hanoitimes – Local authorities are trialing ways to prevent multinationals from structuring affairs in order to divert profits to low tax jurisdictions.

Tax authorities are stepping up efforts to deal with possible tax avoidance or evasion by foreign-invested enterprises (FIEs) to ensure that they pay the tax due in Vietnam.

END_OF_DOCUMENT_TOKEN_TO_BE_REPLACED

The Hanoitimes – Remittance, along with foreign direct and indirect investment and official development assistance, is a major source of Vietnam’s foreign currency supply.

In 2019, in current US dollar terms, Vietnam is projected to be among the 10 largest remittance recipients with an inflow of nearly US$16.7 billion, or 6.4% of its GDP, a slight increase from the US$16 billion received in 2018, according to the World Bank’s latest data.

This would be a third consecutive year that Vietnam continues to remain in the top 10 ranking in terms of remittance, reaching US$13.8 billion in 2017 and US$15.9 billion in 2018, respectively. END_OF_DOCUMENT_TOKEN_TO_BE_REPLACED

A report on Vietnam’s 500 most profitable companies has found foreign enterprises have better profitability ratios than state and local private firms.

Their return on equity ratio averaged 26.4 percent compared to 24.2 percent for Vietnamese private companies and 17.6 percent for state-owned firms, according to the VNR Profit500, a listing of the 500 companies with the highest profits between July 2018 and June 2019 published Thursday. END_OF_DOCUMENT_TOKEN_TO_BE_REPLACED

A recent report by the US News and World Report ranked Việt Nam eighth out of 29 economies, up from 23 last year. Meanwhile, some neighbouring nations – Malaysia, Singapore and Indonesia – stood in thirteenth, fourteenth and eighteenth positions, respectively.
END_OF_DOCUMENT_TOKEN_TO_BE_REPLACED

The Hanoitimes – The causes of the strikes are mainly interest disputes (accounting for 55.22%) and rights disputes (11.94%).

In the first six months of 2019, 67 strikes occurred at foreign-invested enterprises, accounting for 82.1% of the total in Vietnam, according to the Ministry of Labor, War Invalids and Social Affairs.The number of strikes occurred mostly at South Korean, Taiwanese and Chinese enterprises in southern provinces of Vietnam such as Long An, Dong Nai, Binh Duong and Ho Chi Minh City.

END_OF_DOCUMENT_TOKEN_TO_BE_REPLACED

There are 21,400 FIEs, which account for 3 percent of total existing enterprises in Vietnam. FIEs maintained high growth rates in revenue and profits from 2011 to 2017. In 2017 alone, FIEs’ turnover soared by 28 percent compared with the year before, while their asset growth rate reached 22 percent and stockholder equity 14 percent. END_OF_DOCUMENT_TOKEN_TO_BE_REPLACED

END_OF_DOCUMENT_TOKEN_TO_BE_REPLACED

The investor has run away, leaving unpaid debts

In Dong Nai province, KL Texwell Vina, the foreign owner of a foreign-invested enterprise, disappeared just days before Tet, leaving an unpaid debt of VND30 billion in social insurance premiums and wages. Nearly 2,000 Vietnamese workers of the company still have not received pay for January.

An analyst said that state management agencies don’t know how to deal with the cases. END_OF_DOCUMENT_TOKEN_TO_BE_REPLACED

24.10.2017 ~ Trần Đình Hoành ~ Bạn nghĩ gì về bài viết này?
vietnamnet
VietNamNet Bridge – How much do internal resources contribute to the country’s GDP? Economists have raised the question after the General Statistics Office (GSO) announced a record-high GDP growth rate of 7.46 percent in the third quarter of the year.

The highest number of exports were not from Vietnamese enterprises, as foreign invested enterprises were the major exporters. END_OF_DOCUMENT_TOKEN_TO_BE_REPLACED 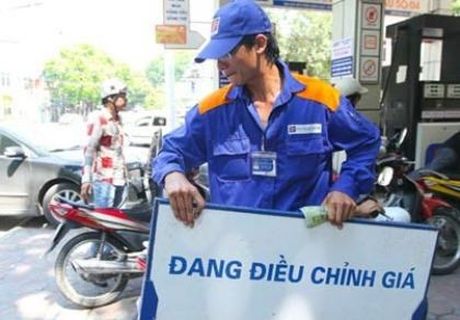