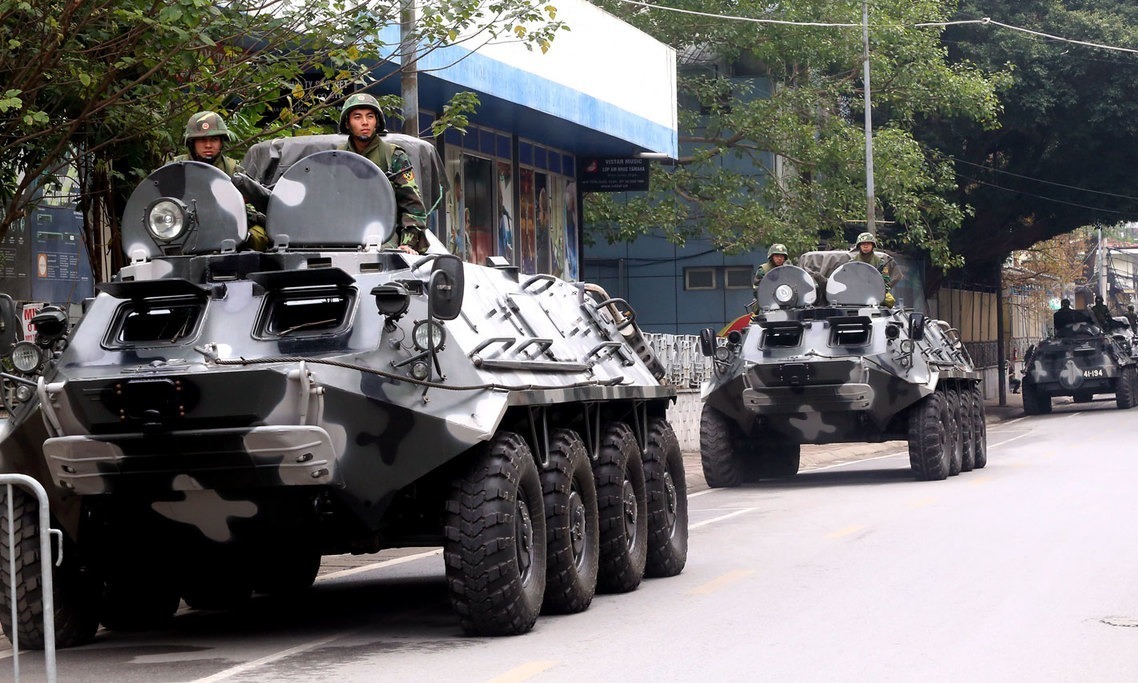 Armored tanks are mobilized on the street to maintain security during the summit between U.S. President Donald Trump and North Korean leader Kim Jong-un in Hanoi, February 2019. Photo by VnExpress/Giang Huy.

High scores in military strength has given Vietnam 31st place in a 2020 global power ranking of 73 economies.

In Southeast Asia, Vietnam’s level of global influence is second only to Singapore, which is placed 22nd, according to the latest power ranking released this month by multi-platform publisher U.S. News and World Report.

The ranking assesses the influence of a nation based on five attributes including a country’s leadership, economic influence, political influence, international alliances and military power.

Vietnam scored an average 0.9 points on a scale of 10 in power ranking. The country scored highest in military power at 2.8 points, followed by economic influence (0.7) and political influence (0.6). “Strong international alliances” recorded 0.4 points and “a leader” 0.5 points.

The U.S. was named the most powerful country in the world, followed by Russia and China. The rest of the top 10 were Germany, the U.K., France, Japan, Israel, South Korea and Saudi Arabia.

Global Firepower, a U.S.-based non-governmental military website that assesses the military power of countries around the world, last year ranked Vietnam’s military the 23rd most powerful in the world.

The country’s total available active military manpower, estimated at 482,000, puts it among the 10 largest standing armies in the world, according to Global Firepower.