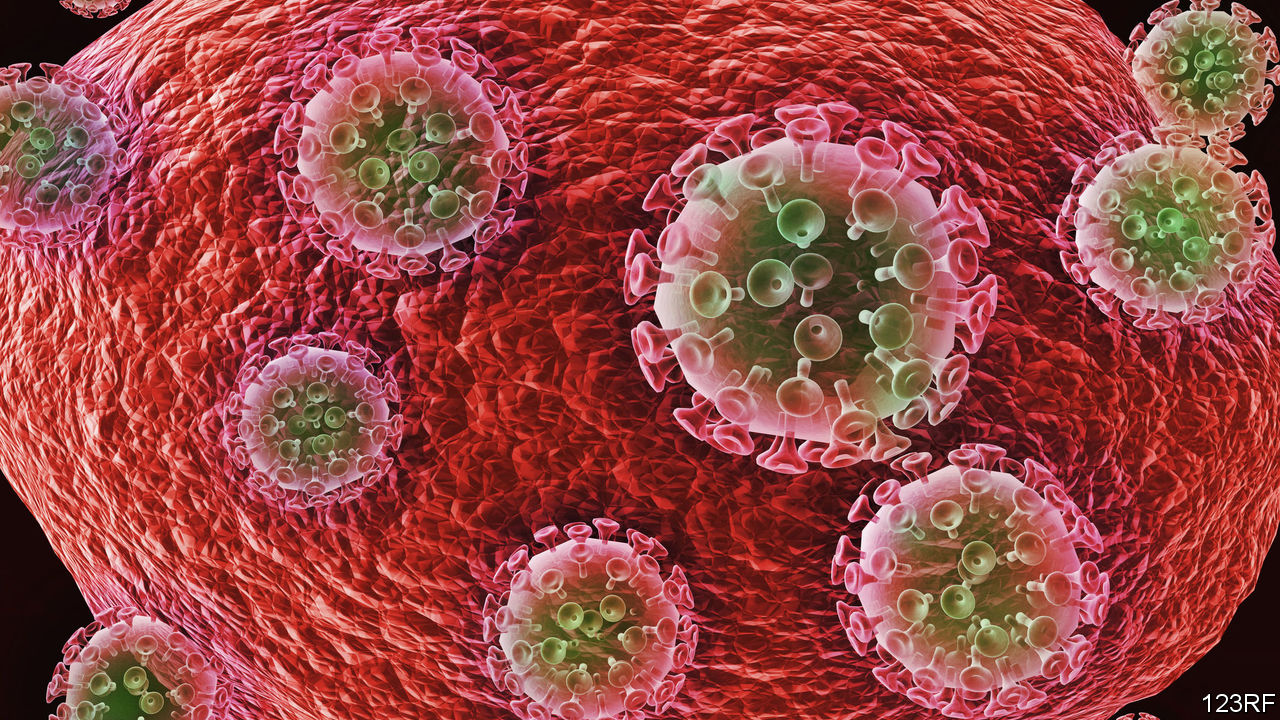 ESTABLISHED HIV infection is easy to control but impossible to cure. Or almost impossible. The exception seems to be Timothy Brown, a man often referred to as the Berlin patient. In 2006, after a decade of successfully suppressing his infection with anti-retroviral drugs, Mr Brown developed an unrelated blood cancer, acute myeloid leukaemia. To treat this life-threatening condition he opted, the following year, for a blood-stem-cell transplant. And, at the same time, he volunteered as a guinea pig for an experimental anti-HIV treatment, which worked. Now, a team of doctors in London have reported a similar case.

Blood-stem-cell transplantation is a normal, though radical, treatment for various sorts of blood cancer. Stem cells are the precursors from which particular tissues grow. Blood-stem-cell transplantation involves using drugs (backed up, in Mr Brown’s case, by radiotherapy) to kill a patient’s natural blood-producing tissue, the bone marrow, and then transfusing in new stem cells from a donor.