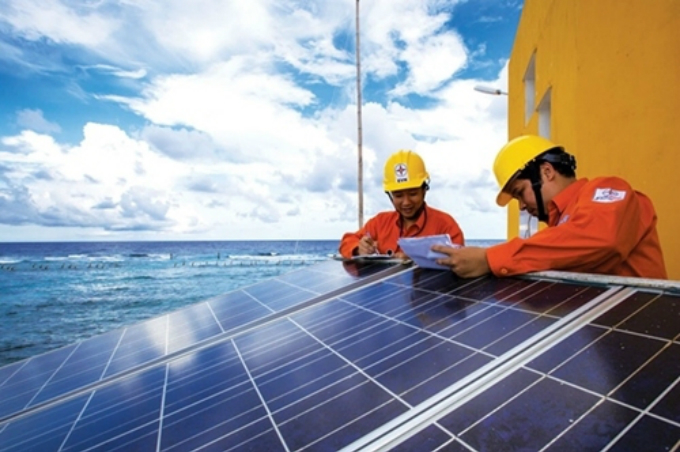 Workers check solar panels of a project in Vietnam. Photo by VnExpress/Annie Le

Vietnam’s plan to pilot a direct power purchase agreement for renewable energy in 2019 has drawn keen interest from investors.

On June 12 this year, at a seminar on renewable energy, the Electricity Regulatory Authority of Vietnam (ERAV) discussed and disclosed information about such a pilot DPPA.

Generally, a DPPA is an agreement between a power generator and a corporate customer in which power is physically delivered and sold to the customer for its operation.

END_OF_DOCUMENT_TOKEN_TO_BE_REPLACED

Kofi Annan, a former secretary-general of the United Nations and a Nobel Peace Prize laureate, has died aged 80.

The Ghanaian diplomat passed away at a hospital in the Swiss capital, Bern, on Saturday after a “short illness”, his foundation said in a statement.

“Kofi Annan was a global statesman and a deeply committed internationalist who fought throughout his life for a fairer and more peaceful world,” the statement said.

“He was an ardent champion of peace, sustainable development, human rights and the rule of law,” it added.

Annan served as the seventh UN chief for almost a decade, from 1997 to 2006. Having joined in 1962, he was the first staffer to take over the top UN job and the first hailing from sub-Sahara Africa.

In 2001, he received the Nobel Peace Prize jointly with the UN, lauded for “bringing new life to the organisation”.