July 11, 2016
Can Tho, July 11, 2016 — The World Bank and the State Bank of Vietnam today signed agreements for loans and credits worth $560 million for two projects to support urban development, climate resilience and sustainable livelihoods in the Mekong Delta.

Out of the total, $250 million will be used for the Can Tho Urban Development and Resilience Project, to reduce flood risk and improve connectivity between Can Tho city center and the new urban areas, benefiting more than 420,000 urban dwellers, and enhance the capacity of city authorities to manage disaster risk. END_OF_DOCUMENT_TOKEN_TO_BE_REPLACED 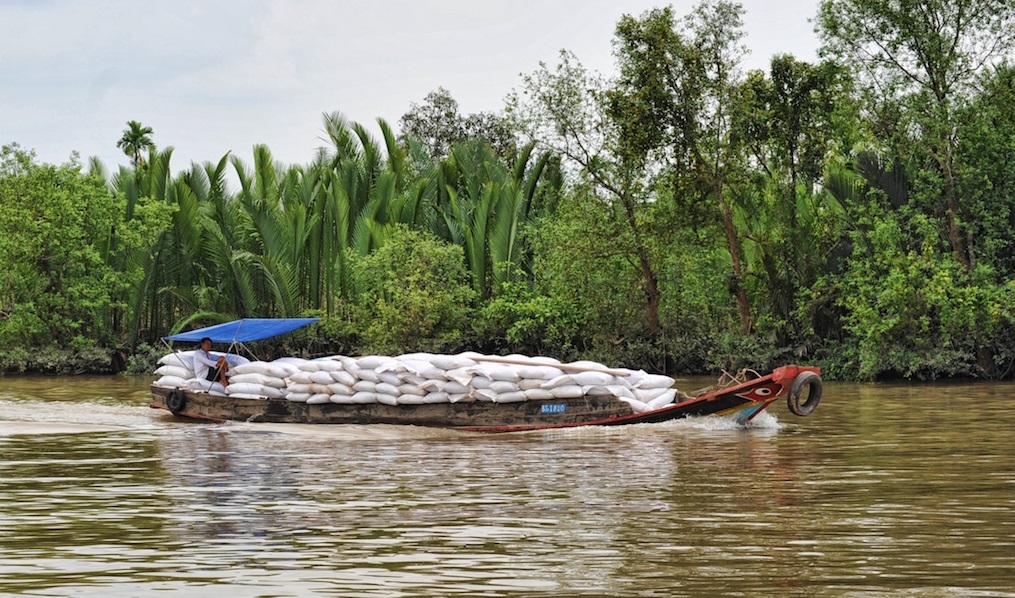 Rising seas and upstream dams are threatening to hammer the fertile region. Can Vietnam act in time to stave off disaster?

This is the final installment of an in-depth, four-part series exploring threats facing the Mekong Delta and how they might be addressed. Read the first, second, third and fourth installments.“I think this year Vietnam got a taste of the new normal,” said Dinh Tuyen, my journalist friend in bustling Can Tho, the Mekong Delta’s hub city. “Less fresh water from rains or from up the river, and more salt water as sea levels rise.”We’d been talking about a story Tuyen had written in May for Thanh Nien, a leading Vietnamese daily. It featured photos of blue-green river waters, and called attention to a remarkable development: the Mekong’s southern branch was not, as usual, muddy with a cargo of silt. END_OF_DOCUMENT_TOKEN_TO_BE_REPLACED
23.03.201723.03.2017 ~ Trần Đình Hoành ~ Bình luận về bài viết này 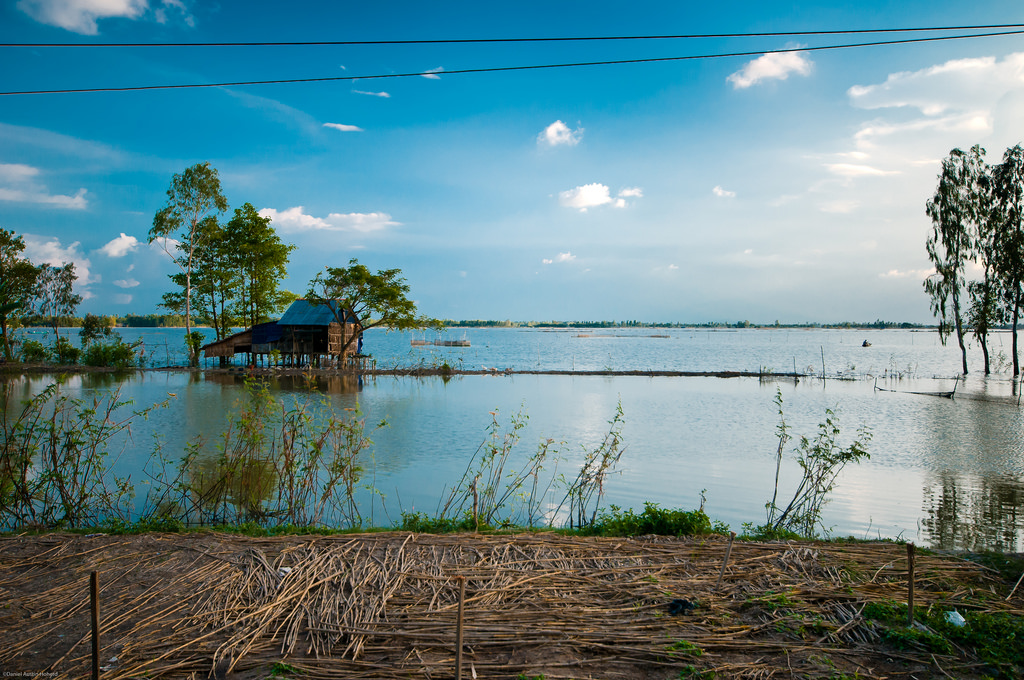 Climate change and dams going in upstream are threatening to render the crucial region unviable. But are the Delta’s biggest problems of Vietnam’s own making?

This is the third article of an in-depth, four-part series exploring threats facing the Mekong Delta and how they might be addressed. Read the  first, second, third and fourth installments. END_OF_DOCUMENT_TOKEN_TO_BE_REPLACED END_OF_DOCUMENT_TOKEN_TO_BE_REPLACED

No delta region in the world is more threatened by climate change. Will Vietnam act in time to save it?

This is the first article of an in-depth, four-part series exploring threats facing the Mekong Delta and how they might be addressed. Read the first, second, third and fourth installments.It’s a sad fact that several decades of talk about climate change have hardly anywhere yet led to serious efforts to adapt to phenomena that are virtually unavoidable. Neuroscientists say that’s because we’re humans. We aren’t wired to respond to large, complex, slow-moving threats. Our instinctive response is apathy, not action.

That paradox was much on my mind during a recent visit back to Vietnam’s fabulously fertile Mekong Delta, a soggy plain the size of Switzerland. Here the livelihood of 20 percent of Vietnam’s 92 million people is gravely threatened by climate change and by a manmade catastrophe, the seemingly unstoppable damming of the upper reaches of the Mekong River. END_OF_DOCUMENT_TOKEN_TO_BE_REPLACED

This issue brief—the third in Stimson’s “Letters from the Mekong” series — continues to challenge the prevailing narrative that the current rapid pace of dam construction on the Mekong River in mainland Southeast Asia will continue until the entire river is turned into a series of reservoirs. Certainly, the construction of even a few large dams will severely impact food security in the world’s most productive freshwater fishery and sharply reduce the delivery of nutrient-rich sediment needed to sustain agriculture, especially in Cambodia and Vietnam’s Mekong Delta. However, our team’s extensive research over a number of years, including site visits and meetings with regional policymakers, provides compelling evidence that not all of the planned dams will be built due to rising political and financial risks, including questions about the validity of current supply and demand projections in the greater Mekong region. As a consequence, we have concluded that it is not yet too late for the adoption of a new approach that optimizes the inescapable “nexus” tradeoffs among energy, export revenues, food security, and fresh water and protects the core ecology of the river system for the benefit of future generations.

In particular, through a continued examination of rising risks and local and regional responses to those risks, we believe that Laos and Cambodia will fall far short of current plans for more than 100 dams on the Mekong mainstream and tributaries. This reality will have particular implications for Laos, which seeks to become the “Battery of Southeast Asia” by setting the export of hydropower to regional markets as its top economic development priority.

In the case of Laos in particular, the reluctant recognition that its dream of damming the Mekong are in jeopardy may cause a reconsideration of its development policy options. Fewer Lao dams will mean that national revenue targets will not be met. Already the government has begun to make overtures for US and other donor assistance in managing the optimization of its hydropower resources. This is not surprising since Lao decision makers depend almost entirely on outside developers to build out its planned portfolio of dams under commercial build-own-operate-transfer (BOOT) concessions for export to neighboring countries. All of these dams are being constructed in a one-off, project-byproject manner with no prior input from the intergovernmental Mekong River Commission (MRC) or neighboring countries, and hence there is little practical opportunity for synergistic planning that could optimize the benefits of water usage on a basin-wide scale.

Because planners cannot see past the next project, it is impossible to determine to what extent the targets for the final power output of either Laos or the basin as a whole are achievable. Further, critical red lines of risk tolerance, particularly toward the environmental and social risks that impede dam construction, are unidentifiable because the government has little stake invested in the projects and derives few resources from the BOOT process to mitigate risk.

By 2020 roughly 30% of the Mekong basin’s power potential in Laos will be tapped by existing dams and those currently under construction. Beyond 2020 the prospect for completing the remaining 70 plus dams planned or under study by the Lao Ministry of Energy and Mines is unknowable. As Lao officials begin to realize they will not necessarily meet their development goals, there will still be time to transition to a basin-wide, strategic energy plan that meets projected revenue goals while minimizing impacts on key environmental flows through a combination of fewer dams and other non-hydropower sources of clean energy generation.