The UN children’s fund has strongly criticised the sale by a commercial company of breast milk donated by Cambodian mothers to women in the US, warning it could lead to the babies of poor and vulnerable women becoming malnourished. END_OF_DOCUMENT_TOKEN_TO_BE_REPLACED

A fisherman repairs his boat overlooking fishing boats that fish in the disputed Scarborough Shoal in the South China Sea, at Masinloc, Zambales, in the Philippines April 22, 2015. REUTERS/Erik De Castro/File Photo

BEIJING: China’s Foreign Ministry on Wednesday denied reports that China will begin preparatory work this year for an environmental monitoring station on disputed Scarborough Shoal in the South China Sea.

China seized the shoal, which is northeast of the Spratly islands, in 2012 and denied access to Philippine fishermen. But after President Rodrigo Duterte visited China last year, it allowed them to return to the traditional fishing area. END_OF_DOCUMENT_TOKEN_TO_BE_REPLACED 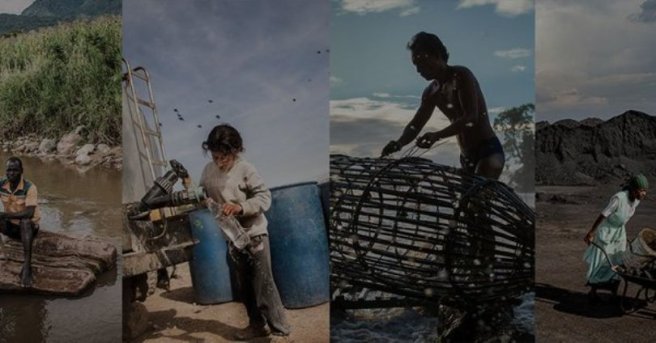 Historically the source of many conflicts, water grabbing is the control and theft of water resources by the powerful, often at the expense of local populations and ecosystems. It can result in dispossession, displacement and ecological destruction.

In an age of dwindling resources and climate change, water is increasingly being privatised.

It is now 24 years since the United Nations designated March 22 as World Water Day.

Al Jazeera looks at water grabbing in four parts of the globe, including large-scale damming in the Omo Valley in Ethiopia, the mining industry in South Africa, inequitable water practices in Palestine/Israel and the impact of dams on people living along the Mekong River in southeast Asia.

END_OF_DOCUMENT_TOKEN_TO_BE_REPLACED

North Korea will pursue “acceleration” of its nuclear and missile programmes including developing a “pre-emptive first-strike capability”, a diplomat from Pyongyang warned on Tuesday. END_OF_DOCUMENT_TOKEN_TO_BE_REPLACED

The Philippines plans to file a “strong” protest against China after it announced preparatory work for an environmental monitoring station on a shoal in the South China Sea, as President Rodrigo Duterte called for regional guidelines governing the disputed area.

Justice Minister Vitaliano Aguirre told reporters in Manila on Tuesday the government would file a complaint against Beijing’s plan to construct a radar station on Scarborough Shoal.

“The case which will be filed is fairly strong I think,” Aguirre said. END_OF_DOCUMENT_TOKEN_TO_BE_REPLACED

The message seemed aimed at China, which claims almost all the South China Sea and which has fueled concern in Japan and the West with its growing military presence in the waterway. END_OF_DOCUMENT_TOKEN_TO_BE_REPLACED