The maps will show the flood-prone locations that are often inundated with water caused by strong storms. END_OF_DOCUMENT_TOKEN_TO_BE_REPLACED

Viet Nam News HÀ NỘI — The Ministry of Labour, Invalids and Social Affairs (MoLISA) on Tuesday reported about unexploded ordnance (UXO) contamination from past wars in Việt Nam and activities undertaken to mitigate its effects.

The conference was held to observe International Mine Awareness Day, which is on April 4.

The ministry said that Việt Nam has faced severe consequences of UXO, which has greatly affected the country’s development in general, and people living in bomb- and mine-polluted areas in particular. END_OF_DOCUMENT_TOKEN_TO_BE_REPLACED

THỪA THIÊN- HUẾ — What started out as a gesture of good will has become Richard Hughes’ passion and destiny as he knocks on doors and crosses oceans in search of justice for Vietnamese victims of Agent Orange.

Richard “Dick” Hughes is an American actor who gained worldwide fame for forming a gang of Sài Gòn street boys during the Việt Nam-US war and living with them.

Wartime Việt Nam first impacted on the consciousness of the Pittsburgh-born actor when he was working at the Theatre Company of Boston, a year after his graduation from Boston University Graduate School of Drama in 1967. END_OF_DOCUMENT_TOKEN_TO_BE_REPLACED

BÌNH THUẬN — The southern central province of Bình Thuận has issued a temporary ban on the exploitation of molluscs and bivalves across its sea waters as part of an effort to protect and regenerate dwindling marine resources.

The ban will take effect from April 1 to July 31, restricting fishermen and organisations from gathering molluscs and bivalves, the local seafood specialties that include scallops and clams. END_OF_DOCUMENT_TOKEN_TO_BE_REPLACED

March 29 is also the day in 1973 that the final troops returned to the U.S. from Vietnam, marking the end of U.S. involvement in the war.

The critically endangered Indochinese tiger has been found to be breeding in a Thai jungle, providing hope for a subspecies whose total population may number only a couple of hundred.

Conservation authorities in Thailand, along with two international wildlife organisations, released photographs of new tiger cubs in the country’s east. 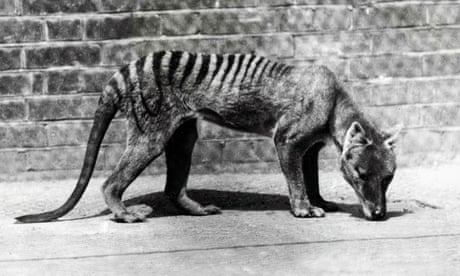 The images support a scientific survey that confirmed the existence of the world’s second breeding population. The other breeding ground is in the Huai Kha Khaeng wildlife sanctuary in western Thailand. END_OF_DOCUMENT_TOKEN_TO_BE_REPLACED

Philippine President Rodrigo Duterte says he confronted the American ambassador about the US’ inaction in stopping China’s construction of man-made islands that are now at the heart of a regional dispute in the South China Sea.

“Why did you not send the armada of the 7th Fleet,” the straight-talking president said he told US Ambassador Sung Kim. END_OF_DOCUMENT_TOKEN_TO_BE_REPLACED

Beijing says the activist is being investigated on suspicion of ‘pursuing activity harmful to national security’.

Lee disappeared on March 19 after clearing immigration in Macau. He never showed up for a planned meeting later that day with a friend across the border in China’s city of Zhuhai. END_OF_DOCUMENT_TOKEN_TO_BE_REPLACED

END_OF_DOCUMENT_TOKEN_TO_BE_REPLACED

The high percentage of students lacking basic and professional English skills is one of the biggest problems of Vietnam’s university education.

A survey conducted of 18 universities in Vietnam found that first-year students can get 220-245 score out of 990 TOEIC scores. This means that students would need 360 teaching hours more, or 480 periods to obtain 450-500 TOEIC score, the minimum score candidates need to be shortlisted by employers. END_OF_DOCUMENT_TOKEN_TO_BE_REPLACED

The online retail market is considered very attractive with 9 out of 10 Vietnamese consumers having smartphones as shown by a Nielsen report.

Meanwhile, Trang Bui from JLL Vietnam commented that the number of credit card holders is increasing, which is a factor that will change consumer behavior.

However, despite the attractive factors, many online retailers still fail. In August, Lingo.vn suddenly shut down without any notice in advance. END_OF_DOCUMENT_TOKEN_TO_BE_REPLACED

Vietnam earlier this year received an ‘expected gift’ from PricewaterhouseCoopers (PwC). The auditing firm, one of the ‘big four’, reported that Vietnam economy ranked  32nd in the world in 2016 with GDP of $595 billion, including PPP (purchasing power parity) formula.

With the predicted average growth rate of 5.1 percent in 2016-2050, PwC believes that Vietnam would be the 20th largest economy in the world by 2050 with GDP of $3.176 trillion (in PPP), higher than that of Thailand, Malaysia, Canada and Australia. END_OF_DOCUMENT_TOKEN_TO_BE_REPLACED