Miners have exploited ore from the earth and left without fulfilling land rehabilitation as required by Vietnamese law.

As a result, mining sites have become ‘dead land’.

Under the current laws, miners have to commit to rehabilitate land and improve the environment to be able to get licenses for mining.

Before receiving the right for ore exploitation, enterprises have to pay a deposit to be sure that they will fulfill the commitments after the mining finishes. 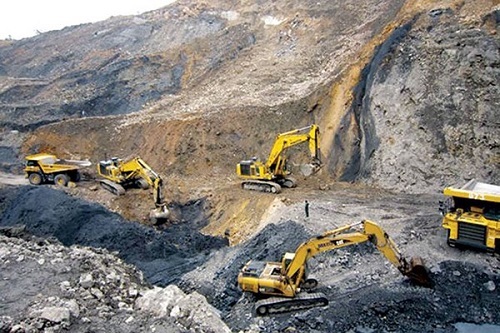 However, the laws are not strictly observed. Mining sites become deserted areas with deep holes and polluted environment. In Nghe An province, many mining sites have become ‘deadly traps’ and the culprit of many accidents recently.

The provincial natural resources department estimates that the mining has expired or miners have stopped operation on 150 exploitation sites. In principle, miners have to follow procedures to close mining sites for environmental rehabilitation.

However, only a few enterprises have done this. The others have ‘run away’ after exploiting large amounts of ore and selling it for money.

The situation is serious in Quy Hop district, which is called the ‘mining metropolis’ of Nghe An province. Eight out of 20 closed mines in the locality have not fulfilled the rehabilitation, while others are seeking permission for mining extension.

In Dien Chau district, the miners at 6 out of 8 closed mines have ignored the requirement on environment rehabilitation.

The same behavior can be seen in many other localities, including Hoang Mai Town and the districts of Quynh Luu, Yen Thanh, Do Luong, Anh Son, Con Cuong and Tuong Duong.

As a result, local people’s lives are in danger.

In Quy Hop district, which has many quarries and tin ore mines, a high number of accidents occurred this year. People were buried at the unrehabilitated mines. In the last two months, two groups of people met with accidents when they came to the mines to glean for ore. Five individuals were killed.

On March 13, when trying to glean tin ores in Bac Stream area on Lan Toong Mounts in Chau Hong commune, three people were buried because of landslides.

Locals said the miner stopped the exploitation three years ago and left with machines and equipment.

When it rains, locals risk their lives diving in the deep caves to find ore for sale.