The world’s oldest publishing house, Cambridge University Press, has been accused of being an accomplice to the Communist party’s bid to whitewash Chinese history after it agreed to purge hundreds of politically-sensitive articles from its Chinese website at the behest of Beijing’s censors.

The publisher confirmed on Friday that it had complied with a Chinese request to block more than 300 articles from the China Quarterly, a leading China studies journal, in order “to ensure that other academic and educational materials we publish remain available to researchers and educators” in China. 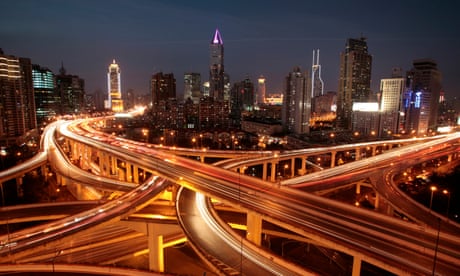 A list of the blocked articles, published by CUP, shows they focus overwhelmingly on topics China’s one-party state regards as taboo, including the 1989 Tiananmen massacre, Mao Zedong’s catastrophic Cultural Revolution, Hong Kong’s fight for democracy and ethnic tensions in Xinjiang and Tibet.

They include articles by some of the world’s top China specialists including Columbia University’s Andrew Nathan, George Washington University’s David Shambaugh, and Harvard University scholars Roderick MacFarquhar and Ezra Vogel.

A piece by Dutch historian Frank Dikötter and a book review by the Guardian’s former China correspondent, John Gittings, about the Cultural Revolution were also censored.

In its statement, CUP insisted it was committed to freedom of thought and expression and had been “troubled by the recent increase in requests of this nature” from China. The publisher vowed to raise the issue with the “revelant agencies” in Beijing at an upcoming book fair.

But on Saturday, as reports of the publisher’s move spread, it faced a growing outcry from academics and activists who called for the decision to be reversed.

“Pragmatic is one word, pathetic more apt,” tweeted Rory Medcalf, the head of the national security college at the Australian National University.

John Garnaut, a longtime China correspondent and former adviser to the Australian prime minister, Malcolm Turnbull, described it as “an extraordinary capitulation” to China.

Renee Xia, the international director of the Chinese Human Rights Defenders network, accused the publisher of having “sold its soul for millions of Chinese govt dollars”.

Andrew Nathan, whose name appears three times in the list of censored articles, told the Guardian: “If the Press acceded to a Chinese request to block access to selected articles, as I gather is the case, it violated the trust that authors placed in it and has compromised its integrity as an academic publisher.”

Nathan, the editor of a seminal work on the Tiananmen crackdown, added: “I imagine [CUP] might argue that it was serving a higher purpose, by compromising in order to maintain the access by Chinese scholars to most of the material it has published. This is similar to the argument by authors who allow Chinese translations of their work to be censored so that the work can reach the Chinese audience. [But] that’s an argument I have never agreed with.”

“Of course, there may also be a financial motive, similar to Bloomberg, Facebook, and others who have censored their product to maintain access to the Chinese market. This is a dilemma, but if the West doesn’t stand up for its values, then the Chinese authorities will impose their values on us. It’s not worth it.”

In an open letter two US scholars, Greg Distelhorst and Jessica Chen Weiss, complained that CUP’s move meant Chinese academics and scholars would now only have access to a “sanitized” version of their country’s history.

“To me the problem is pretty straightforward: the problem is publishing a politically-curated version of Chinese history and doing so in the name of Cambridge University,” Distelhorst, an assistant professor at the Massachusetts Institute of Technology, told the Guardian.

“This makes the publisher an active participant in rewriting history … When a government asks you to censor a piece of scholarship, that request is fundamentally opposed to a principle of academic freedom that I believe to be important to Cambridge and to many universities.”

In a statement the editor of China Quarterly, Tim Pringle, voiced “deep concern and disappointment” at the tightening controls in China. “This restriction of academic freedom is not an isolated move but an extension of policies that have narrowed the space for public engagement and discussion across Chinese society.”

Distelhorst said he sympathised with CUP and particularly the editors of China Quarterly: “Receiving censorship requests puts them in a really difficult position and forces a lot of hard trade-offs … [But] I hope they will reconsider their decision to selectively censor articles and then present the censored version of the journal to the Chinese public.”

Since Xi Jinping took power nearly five years ago Beijing has dramatically stepped up its efforts to control Chinese academia, with the president last year calling for universities to be transformed into Communist party “strongholds”.

A growing number of intellectuals – the majority political scientists or international relations and law experts – have sought refuge in the US. “It is not as dramatic as the refugees from Hitler; not as dramatic as the enormous number who turned up [after Tiananmen] and we had to deal with. But it is growing and I am seeing them,” the veteran China expert Jerry Cohen, who has been helping some of the refugee scholars, said in an interview last year.

Foreign academics have also been targeted, with Chinese authorities denying visas to academics deemed to be focusing on unwelcome topics. Until now, however, foreign academic journals appeared to have largely avoid scrutiny.

Nathan said China’s list of censorship demands to the CUP appeared to have been generated “by a naive machine search of article and review titles” which had targeted key words and names deemed sensitive. He called the move “a useless overreach” by Beijing.

“What can it accomplish? I’m sorry to say that information control often works. But if you have so much money, staff, and time, that you can burrow down to the level of censoring academic publications in a foreign language that could only be used by your own academic community, then I think your censorship organs are over funded and you would do well to cut their budgets. As the saying goes, this is lifting up a stone only to drop it on one’s own foot.”

One of the censored China Quarterly articles captures the kind of material China’s authoritarian leaders would prefer to see buried.

In his 2016 contribution, The Once and Future Tragedy of the Cultural Revolution, Harvard’s MacFarquhar writes about the burgeoning Mao-esque personality cult around Xi and ponders “the vigorous attempt by the regime to consign the Cultural Revolution to the dustbin of history by discouraging research and teaching on the subject”.

MacFarquhar writes: “The dangers of inducing national amnesia is encapsulated in George Santayana’s famous dictum: ‘Those who cannot remember the past are condemned to repeat it.’”