China suffered a sharp drop in exports last year and there are fears its trading position will weaken further in 2017 with repercussions for the global economy if Donald Trump’s protectionist policies prompt a trade war.

A week before the billionaire’s inauguration as US president, Chinese authorities expressed their concern that Trump would follow through on pledges to impose high tariffs on imports from China and to brand the country a currency manipulator. The president-elect has long maintained that China has been devaluing its currency in order to make its exports more competitive on overseas markets.

Beijing’s worries come against the backdrop of a slowdown in trade with figures on Friday showing exports fell for the second year running in 2016, dropping by 7.7% – the biggest fall since 2009 – with imports falling by 5.5%.

The weaker than expected performance added to concerns that global demand is slowing in a climate of heightened political uncertainty and social tensions.

The World Bank warned this week that a tentative pickup in the global economy is at risk from the uncertainty unleashed by Brexit and the arrival of Trump in the White House. There was also a note of caution on growth prospects from the World Economic Forum, which said before its annual meeting in Davos next week that rising income inequality posed a risk to the global economy in 2017.

Policymakers and investors are waiting to see which of Trump’s campaign trail pledges he will seek to push through after being sworn in on 20 January. He fought Democratic candidate Hillary Clinton on an anti-globalisation platform with a pledge to bring jobs back to America that he claimed had been lost to China and other countries.

China’s customs agency expressed its worries on Friday. “The trend of anti-globalisation is becoming increasingly evident, and China is the biggest victim of this trend,” customs spokesman Huang Songping told reporters, according to Reuters news agency.

“We will pay close attention to foreign trade policy after Trump is inaugurated president.”

Experts said part of China’s trade slowdown in 2016 was down to a deliberate push to rebalance away from an exports-driven economy.

“Some of the decline is expected and intended,” said Kamel Mellahi, professor of strategic management at Warwick Business School.

My new year forecast: Trumpian uncertainty, and lots of it

“The focus on the domestic market, recent anti-pollution measures and supply-side policies, combined with the sluggish international demand for Chinese goods, are all having a negative impact on export.”

Julian Evans-Pritchard, China economist at the consultancy Capital Economics, said he saw little prospect of China’s trade position improving in the near future, partly thanks to tepid global growth.

“It’s hard to see conditions becoming much more favourable to Chinese trade than they already are. Further upside to economic activity, both in China and abroad, is probably now limited given declines in trend growth,” he said.

“The risks to trade lie to the downside – the likelihood of a damaging trade spat between China and the US has risen in recent weeks following Trump’s appointment of hardliners to lead US trade policy.”

Brian Davidson, US economist at Fathom Consulting, emphasised the potential costs to businesses in China and to American consumers if Trump’s deal-making with the vast Asian economy turned sour.

“We think Mr Trump is set to renegotiate the US trade relationship with China and the stakes are high: US exporters could lose access to the world’s second largest economy; and US consumers might be deprived of the hundreds of billions of dollars’ worth of goods that they buy from China each year,” he said.

Reasons to worry about the global economy in 2017

China’s slowdown in exports is just one factor behind a cautious outlook for global growth in 2017. Economists are also pointing to: 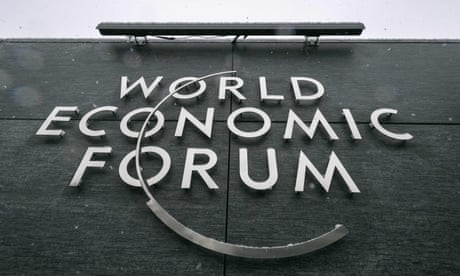