A demonstrator holds flags of Taiwan and the United States in support of Taiwanese President Tsai Ing-wen in Burlingame, California. (Photo: REUTERS/Stephen Lam)

BEIJING: China on Wednesday (Jan 18) urged the United States not to allow a Taiwanese delegation to attend US President-elect Donald Trump’s inauguration.

Trump broke with decades of precedent last month by taking a congratulatory telephone call from Taiwan President Tsai Ing-wen, and he has also said the “One China” policy was up for negotiation.

END_OF_DOCUMENT_TOKEN_TO_BE_REPLACED

THIMPHU, Bhutan — As a downpour settled into a thick fog outside, Dasho Karma Ura let his eyes flicker at the ceiling of a wood-paneled conference room and began expounding on the nature of happiness.

“People feel happy when they see something ethical,” he said. “When you think you have done something right and brave and courageous, when you can constantly recharge yourself as a meaningful actor.”

“And lastly,” he added, thumbing Buddhist prayer beads, “something which makes you pause and think, ‘Ah, this is beautiful. Beautiful, meaningful, ethical.’ ”

Mr. Ura, 55, is perhaps one of the world’s leading experts on happiness, at least as seen through the lens of development economics. It has been something of a preoccupation for more than two decades as he has developed and fine-tuned Bhutan’s Gross National Happiness indicator, a supplementary, sometimes alternative, yardstick to the conventional measure of development, gross domestic product.

When hope of enacting the ambitious Trans-Pacific Partnership trade pact ended in November, Max Baucus, the United States ambassador to China, was among the officials who had to grapple with disappointment.

The partnership, called the TPP, was a hallmark of the Obama administration. It would have been one of the largest trade agreements in history, covering about 40 percent of the world’s economy and setting new terms and standards for trade for the United States and 11 other Pacific Rim nations. China was not included but would have been able to join.

END_OF_DOCUMENT_TOKEN_TO_BE_REPLACED

BEIJING — Over the last year, Liu He, a soft-spoken, American-educated technocrat, has consolidated his status as President Xi Jinping’s top economic adviser, amassing influence that some believe rivals that of the prime minister.

But as his star has climbed, Mr. Liu has struggled to overcome resistance to a program of measured economic liberalization and more open markets that he argues is critical to China’s long-term economic health — and that is generally favored by Washington.

Now, as President-elect Donald J. Trump prepares to enter the White House renewing warnings of China’s economic menace, it will be even more difficult for Mr. Liu to achieve his agenda, which could be overwhelmed by fears of fallout from a trade war.

There is little in his public record to suggest precisely how he would advise Mr. Xi to handle Mr. Trump’s threats to raise tariffs on Chinese products.

BEIJING – China’s top judge has drawn criticism from legal professionals after he dismissed the concept of judicial independence as an “erroneous Western ideal,” a statement seemingly aimed at emphasizing the ruling Communist Party’s ultimate control over all areas of public life.

Zhou Qiang, the head of the Supreme People’s Court, has at times been seen as a reformer keen on limiting the influence of government officials on the courts.

However, Chinese state media quoted him over the weekend as instructing leading judges to “draw your sword” against words and actions running counter to the ruling Communist Party’s dictates. END_OF_DOCUMENT_TOKEN_TO_BE_REPLACED

Leung will step down in July after a four-year term marked by anti-Beijing rallies as fears grow that Chinese authorities are squeezing Hong Kong’s freedoms.

Frustration at lack of political reform has sparked movements seeking self-determination or even independence for the semi-autonomous city, angering Chinese authorities. END_OF_DOCUMENT_TOKEN_TO_BE_REPLACED

The Philippine Foreign Ministry sent a note verbale to the Chinese Embassy last month after confirming a report from the U.S.-based Center for Strategic and International Studies about China’s arms buildup in the Spratlys. END_OF_DOCUMENT_TOKEN_TO_BE_REPLACED

MAXWELL AIR FORCE BASE, Ala. — Six years ago it seemed a zany idea when Lieutenant Colonel Jenns Robertson, 45, a bespectacled Minnesota native with an outsized gee-whiz quality even by military standards, began a rather unusual hobby: documenting a century of US air power — bomb by bomb. END_OF_DOCUMENT_TOKEN_TO_BE_REPLACED

END_OF_DOCUMENT_TOKEN_TO_BE_REPLACED

Amid increasingly tense Sino-U.S. ties, John Bolton, a former American ambassador to the U.N. and a top adviser to President-elect Donald Trump, has called for a closer U.S. military relationship with Taiwan to help counter a “belligerent” Beijing.

In a commentary published Tuesday in The Wall Street Journal likely to stoke anger in China, Bolton said Washington “could enhance its East Asia military posture by increasing U.S. military sales to Taiwan and by again stationing military personnel and assets there.”

In the commentary, Bolton also noted that the stationing of U.S. military personnel in Taiwan could help alleviate other problems in East Asia, including in Okinawa Prefecture, which hosts the bulk of U.S. forces in Japan. END_OF_DOCUMENT_TOKEN_TO_BE_REPLACED 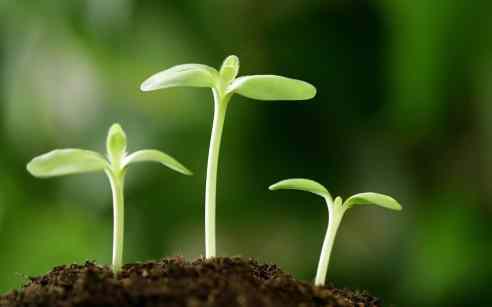 In this season of celebrating the birth of Jesus Christ, who counts upward of two billion followers around the world today, it may be sobering to look at religions from a more humanist perspective: it is humans who create gods out of the necessity to believe in something higher, more lasting and more powerful than their short lifespan.