The head of Japan’s biggest advertising agency is to resign, as prosecutors launch an investigation into his firm for enforcing excessive overtime after an overworked employee took her own life.

Tadashi Ishii, the president of Dentsu, said he would step down next month, just over a year after Matsuri Takahashi killed herself at a company dormitory in a case Japanese authorities classified as karoshi, or death from overwork.

“Excessive amounts of work is something that should never be allowed to happen,” Ishii told reporters. “I deeply regret and feel responsible for this. I will take full responsibility and resign as president at January’s board meeting.”

Ishii said he regretted his failure to tackle the company work practices that led to Takahashi’s death, eight months after joining Dentsu in April 2015. “We deeply regret failing to prevent the overwork of our new recruit. I offer my sincere apologies,” he said.

Takahashi, 24, had worked more than 100 hours of overtime a month leading up to her death. In September, a labour standards inspection office in Tokyo said she had been driven to kill herself due to stress brought on by long working hours.

Japan has spent years struggling to address karoshi. About 2,000 people a year kill themselves due to work-related stress, according to the government, while other victims die from heart attacks, strokes and other conditions brought on by spending too much time at work. 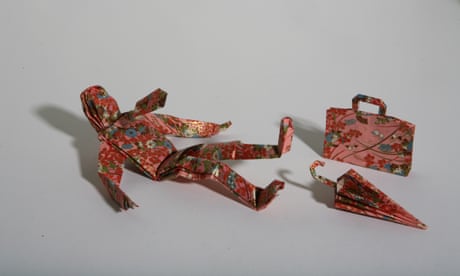 Weeks before she died on Christmas Day 2015, Takahashi posted on social media: “I want to die.” Another message read: “I’m physically and mentally shattered.”

Her death prompted calls for Japan to overhaul its work culture, which often forces employees to put in long hours of overtime as a demonstration of corporate loyalty.

Dentsu’s notoriously demanding work practices have long been the target of criticism and it was raided by regulators last month amid suspicions that it had broken labour standards law.

On Wednesday, the labour ministry referred the company and an unnamed Dentsu executive to prosecutors on suspicion of driving Takahashi to kill herself.

In response to criticism that it was doing too little to curtail excessive overtime, the firm started turning off the lights at 10pm at its Tokyo headquarters to encourage employees to go home.

In its first white paper on karoshi in October, Japan’s government said one in five workers were at risk of death from overwork. The paper found that despite attempts by some companies to establish a better work-life balance, Japanese workers still spend much longer hours in the office than their peers in other countries.

According to the paper, 22.7% of companies polled between December 2015 and January 2016 said some of their employees logged more than 80 hours of overtime each month – the official threshold at which the prospect of death from work becomes serious.

Japanese media said any overhaul of work practices should apply across the board. “The problem is not with Dentsu alone,” the Asahi Shimbun said in a recent editorial. The paper, which itself received a government warning about overtime this month, acknowledged that changing attitudes would be difficult but was essential as it affected employee morale and productivity.

Last week, on the first anniversary of her daughter’s death, Takahashi’s mother, Yukimi, said she hoped to “change the consciousness of every working person in Japan”.

Ichiro Oshima, a 24-year-old Dentsu employee, killed himself in 1991 in Japan’s first recognised case of karoshi-related suicide. Oshima had not had a day off for 17 months and was sleeping for less than two hours a night before his death.