In a year-end speech to his top military officers on Thursday, Russian President Vladimir Putin threw down the gauntlet, declaring that the Russian military, emboldened by recent adventures in Syria and Ukraine, is ready to defeat any country that dares challenge it. “We can say with certainty: we are stronger now than any potential aggressor,” he proclaimed. “Anyone.”

He also made a pitch for bigger and badder nuclear weapons. Putin said Moscow must “strengthen the military potential of strategic nuclear forces, especially with missile complexes that can reliably penetrate any existing and prospective missile defence systems.” END_OF_DOCUMENT_TOKEN_TO_BE_REPLACED

Addis Ababa has a surprise in store for those who haven’t visited in two years. Cutting through the heart of this booming city, where construction cranes are the most persistent feature of the skyline, is the Addis Ababa Light Rapid Transit (AALRT) network. It rears up suddenly at Meskel Square, which until 2013 gazed out onto an expanse of chaotic traffic. The traffic now bustles beneath the shadow of what is only the second metro ever built south of the Sahara. END_OF_DOCUMENT_TOKEN_TO_BE_REPLACED

SHANGHAI – China launched a satellite to monitor its greenhouse gas emissions early on Thursday, the latest step in efforts to cut its carbon footprint, the official Xinhua News Agency said.

The launch follows the United States joining China in formally ratifying the Paris agreement to curb climate-warming emissions. It also comes as large sections of northern China have been shrouded in near-record levels of air pollution for most of the past week, disrupting flights, closing factories and schools, and forcing authorities to issue red alerts.

The 620-kg (1,370-pound) satellite TanSat was sent into a sun synchronous orbit about 700 km (435 miles) above the earth and will monitor the concentration, distribution and flow of carbon dioxide in the atmosphere, said Yin Zengshan, chief designer of TanSat at the Chinese Academy of Sciences micro-satellite research institute.

The launch comes after an international study showed that world greenhouse gas emissions stayed flat for the third year in a row in 2016, thanks to falls in China.

The satellite will provide China’s policymakers with independent data for three years, the news agency said.

TanSat will take readings of global carbon dioxide every 16 days, accurate to at least 4 parts per million.

China is the third country after Japan and the United States to monitor greenhouse gases with its own satellite, the agency said.

MANILA: The Philippines’ independent rights watchdog said on Thursday (Dec 22) it will investigate President Rodrigo Duterte’s boasts he killed criminals years ago, invoking a strong rebuke from the Filipino leader against a United Nations official who called for the murder probe.

Duterte, who is waging an anti-drugs war that has left thousands dead, said last week that he helped police kill three suspected kidnappers early in the first of his several terms as mayor of the southern city of Davao. END_OF_DOCUMENT_TOKEN_TO_BE_REPLACED

Mr. Duterte’s denunciations were directed at Zeid Ra’ad al-Hussein, the United Nations high commissioner for human rights, who called on Tuesday for the authorities in the Philippines to begin an investigation after Mr. Duterte boasted about personally gunning down criminal suspects while mayor of Davao City.

END_OF_DOCUMENT_TOKEN_TO_BE_REPLACED

Institute for Human Rights and Business

Marking International Human Rights Day on the 10th of December 2016, IHRB has published the eighth annual list of the Top 10 Business & Human Rights Issues for the coming year.

The human rights challenges expected in 2017 reflect a stark shift in social, political and economic drivers at the global level. At risk is the erosion of an international system upholding human rights protections and the rule of law, which could impact societies, economies, and businesses.

The human rights movement faces a difficult future in 2017, and it is up to all actors – civil society, governments as well as businesses – to champion the issues people care about and make human rights relevant to peoples’ daily lives. 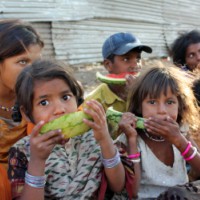 As of 2016, the top 1% of the world’s population now owns more than everyone else put together. In the United States, the top 1% secured over half of all income growth since the 2008-2009 financial crisis. END_OF_DOCUMENT_TOKEN_TO_BE_REPLACED