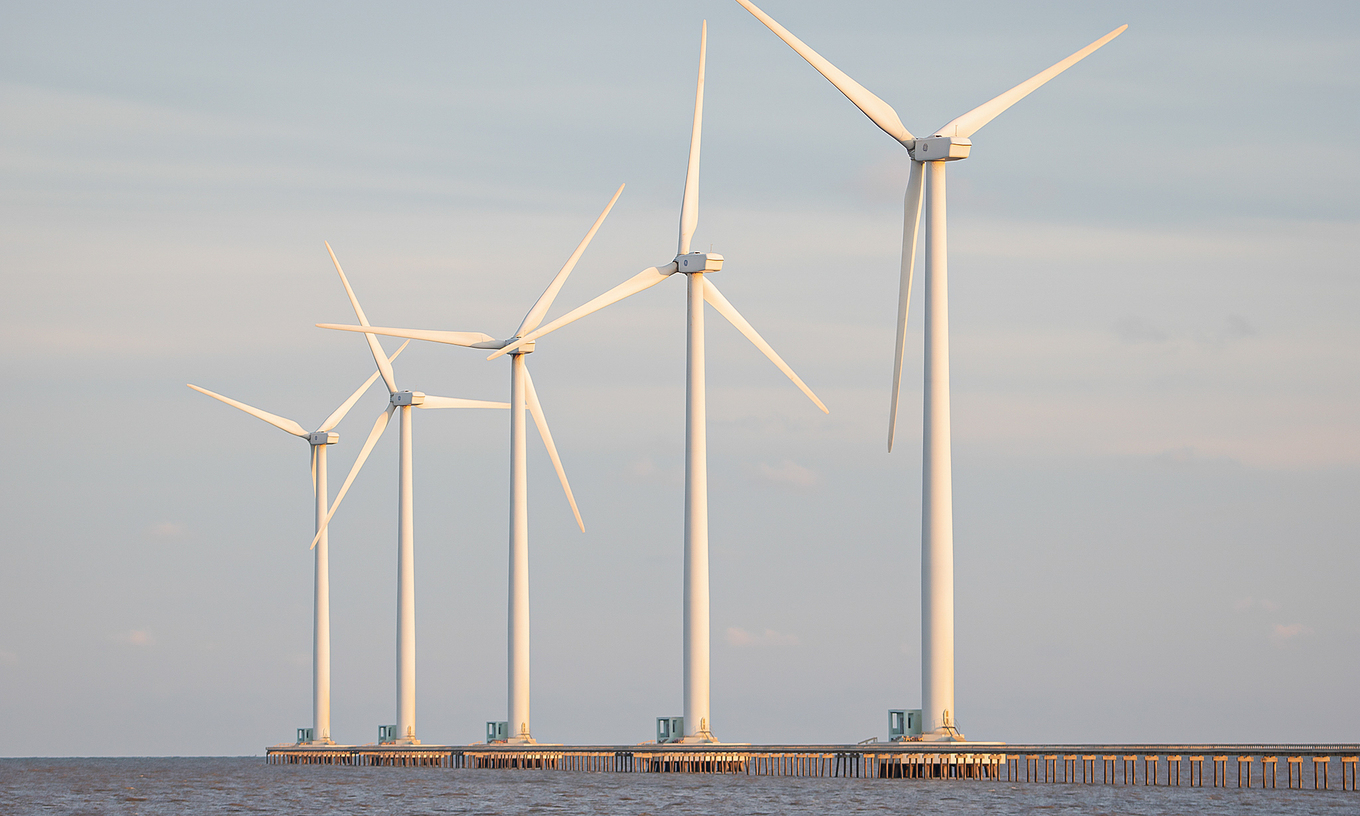 Last month Danish multinational power company Orsted, which operates many wind farms in Asian countries, said it has identified Vietnam as its next investment destination.

It too is eyeing offshore wind power in Binh Thuan.

Vietnamese companies are investing heavily in offshore wind power. HBRE Group and a French partner have invested $1 billion in a 500-KW farm in the southern province of Ba Ria Vung Tau.

With a coastline of 3,260 km, low sea levels and high wind speeds (7-10 meters per second at a height of 100 meters), Vietnam is an emerging offshore wind power magnet in Southeast Asia.

Construction is not easy and involves large costs.

A wind-power investor in the southern province of Soc Trang said: “The cost of offshore wind turbines is very high, at over $3 million on average for a 4.2-MW unit. Construction and installation are also costly due to the difficult terrain 30-50km from shore.

“Annual maintenance costs are high. For these reasons, only large investors can join this race.”

But Qiao said costs would decrease only when total installed capacity reaches a certain level, and Vietnam should quickly tap the opportunities to achieve this.

The draft of the Power Development Master Plan VIII defines offshore wind power farms as wind power plants to be built in areas where the sea is 20 meters deep or more.

Many international organizations have advised Vietnam to increase its offshore wind power capacity to 10 GW by 2030 to fully tap its potential.

Besides, they said only large-scale projects could attract investment.

To attract investors, Vietnam needs to have favorable mechanisms and policies for offshore wind power, including preferential prices.

The feed-in tariff (FIT) for offshore wind power currently stands at 9.8 cents per kilowatt-hour. The FIT for land-based wind power is 8.5 cents.

These are applicable to plants that begin commercial operation before November 1, 2021, and for a period of 20 years.

From November 1 the price mechanisms are set to change, with a spokesperson from the Electricity & Renewable Energy Authority saying the agency is creating a bidding mechanism for solar and wind power to replace FIT.

However, some energy investors feared this change would make it difficult for them.

Casey, Sebastian Hald Buhl, Vietnam Country Manager at Orsted, and Qiao Liming have said the government should have a roadmap for implementing the bidding mechanism.

Vietnam aims to produce 10.7 percent of its electricity from renewable energy sources by 2030, mainly through solar and wind power projects.Related News: