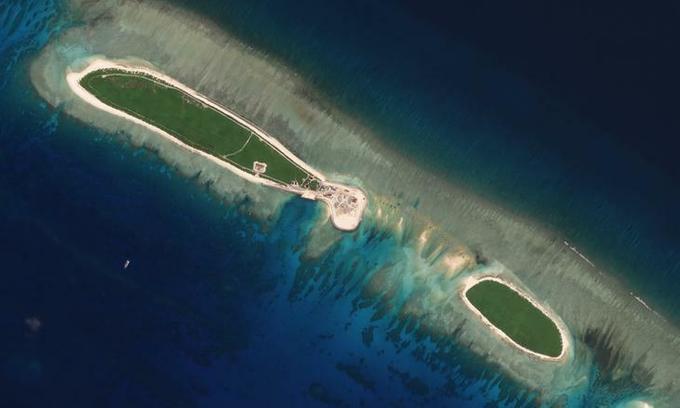 She was responding to reports of the transport department of China’s Hainan Province announcing Tuesday that it would resume tourism ships to Vietnam’s Paracel Islands, which China occupies illegally, after a 11-month suspension over the Covid-19 pandemic.

Meanwhile, the Chinese army Monday deployed its Nanyi 13 hospital ship to the Fiery Cross Reef of Vietnam’s Spratly Islands, the Chinese national broadcaster China Central Television (CCTV) reported. The ship, equipped with 100 hospital beds, is expected to be a mobile medical unit at the Spratly Islands for both military and civilian purposes.

Hang said Vietnam wants China to respect Vietnam’s sovereignty over the Paracel and Spratly Islands, cancel and cease the organization of tours to the Paracel Islands and other activities that escalate and complicate situations, and go against the Declaration on the Conduct of Parties in the South China Sea. Vietnam calls the waters the East Sea.

China should also refrain from actions that are not conducive to the maintenance of peace, stability and cooperation in the East Sea as well as negotiations on the Code of Conduct for the South China Sea, affecting Vietnam-China relations, she added.

She said that Vietnam has full legal basis and historical evidence to assert its sovereignty over the Paracel and Spratly islands in accordance with international law.

China has taken a series of provocative actions in the waters since the start of this year as countries around the world were focused on battling the Covid-19 pandemic, including the formation of the so-called ‘Xisha’ and ‘Nansha’ districts in Vietnam’s Paracel and Spratly islands, sinking Vietnamese fishing vessels off the Paracels, unilaterally issuing a fishing ban and sending a ship to harass a Malaysian oil and gas exploration vessel.

Vietnam has repeatedly protested and asked China to desist from its illegal, provocative actions.