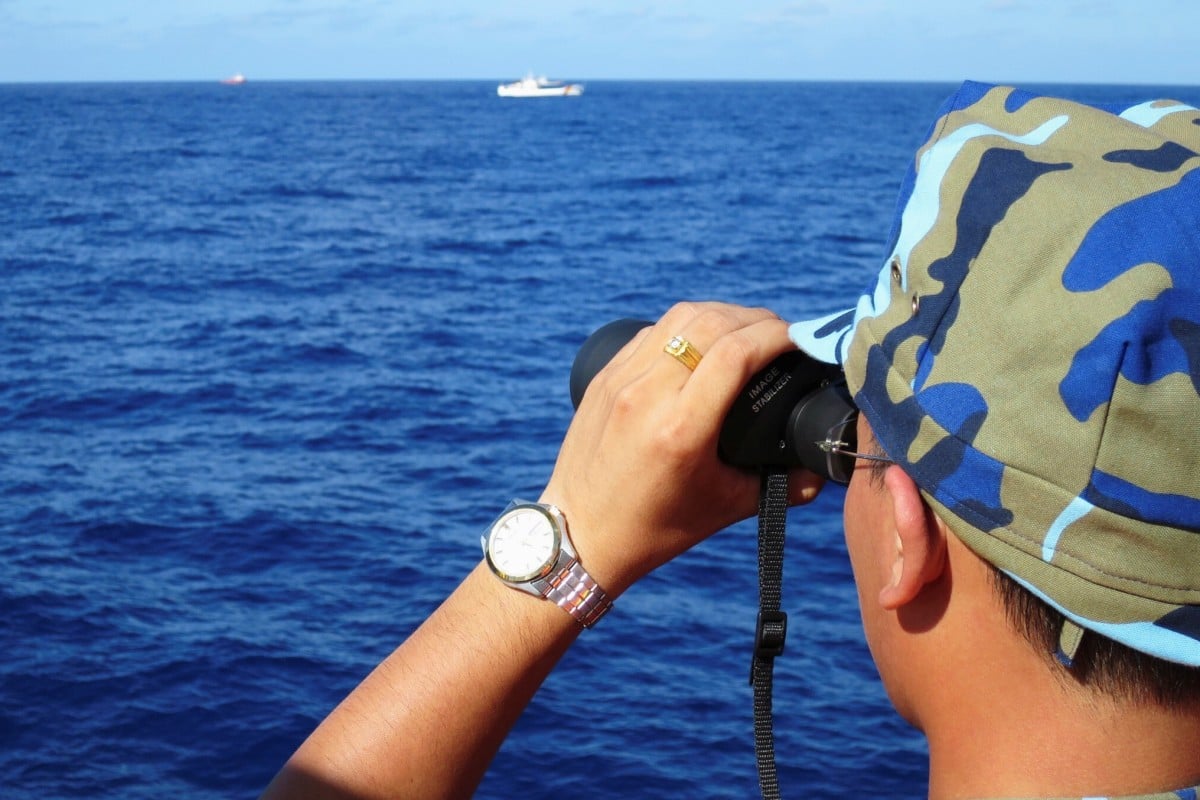 A crewman from a Vietnamese coastguard ship looks out at Chinese military vessels in the South China Sea in 2014. The countries’ disputes over the waterway go back decades. Photo: Reuters

Beijing is carefully managing its relationship with Vietnam after the United States took a harder line on the South China Sea dispute and rejected most of its claims in the strategic waterway as “unlawful” this week.

Chinese vice-minister of foreign affairs Luo Zhaohui discussed South China Sea issues with his Vietnamese counterpart Le Hoai Trung on Thursday, according to the Foreign Ministry, which did not provide further details.

The Beijing-backed Asian Infrastructure Investment Bank (AIIB) said on Friday that it would lend US$100 million to the Vietnam Prosperity Joint Stock Commercial Bank to help the bank expand lending to private businesses disrupted by the coronavirus pandemic.

The South China Sea, through which one-third of global shipping passes, has been subject to decades of overlapping territorial disputes involving China, Vietnam, the Philippines, Taiwan, Malaysia and Brunei. The sea is also believed to contain major reserves of natural gas and oil.

The China-Vietnam meeting came after US Secretary of State Mike Pompeo said on Monday that the US formally opposed Chinese claims to waters within the so-called nine-dash line that encompasses almost all of the South China Sea – in line with a 2016 ruling by an international tribunal at The Hague.

Four years on, Vietnam is mulling legal action to assert its maritime claim. Le, its deputy foreign minister, said Hanoi preferred to negotiate, but other measures such as mediation, arbitration and litigation would not be ruled out. In May, Hanoi nominated four arbitrators and four conciliators, a sign it could soon file a complaint.

Vietnam’s foreign ministry said on Wednesday that it welcomed countries’ positions that were consistent with international law and that “respecting the legal order at the sea and implementing [the UN convention] in full and with good faith” was critical.

“Vietnam is one of the few countries that would be happy to see US-China tension. It has the most acute conflict with China in the South China Sea … Many Vietnamese politicians think the country can maximise its gains in the US-China conflict and be part of a triangle relation.”

Vietnam has a more assertive approach compared with other Asean claimant states because of the high stakes for oil, gas, fisheries and sovereignty in the resource-rich waters and the long history of disputes with China, said Eduardo Araral, director of the Institute of Water Policy at the Lee Kuan Yew School of Public Policy in Singapore. 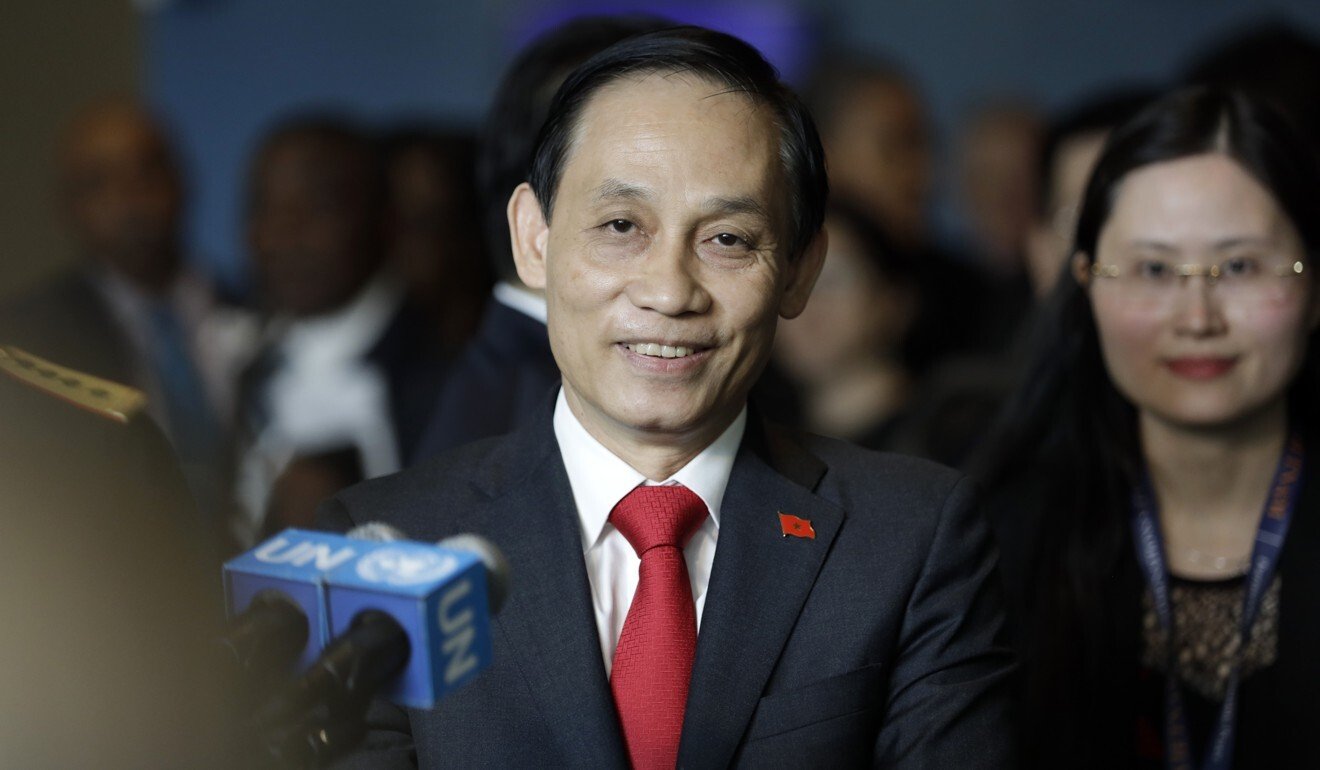 Araral said the way for China to manage its relationship with Vietnam was to continue to expand the trade part of the relationship.

“The sovereignty over South China Sea islands and competition for resources will not be resolved,” he said. “No country will back out from their claims.”

Observers said Vietnam was encouraged to see the US openly supporting its exclusive economic zone claims, which could have a balancing effect against China.

“From the Vietnamese perspective, it’s probably good for its position and interest if Washington appears to be more assertive and confrontational to China,” said Li Mingjiang, associate professor at S. Rajaratnam School of International Studies of Nanyang Technological University in Singapore.

Hanoi would like to manage the relationship with China, but not with the South China Sea dispute as the focal point, said Carlyle Thayer, emeritus professor of politics at the Australian Defence Force Academy.

“Vietnam has a massive trade deficit with China. But it can’t get its industries going unless some of the supplies from China come in, [like] raw materials for garments,” he said.

“Vietnam, with its limited resources and very good diplomats, wants to maintain its strategic autonomy to set its own national interest and pursuit them. It’s got to do that with the least resistance from the major powers that could block it. When it is being blocked or conflicts arise, it does not want to become trapped.” 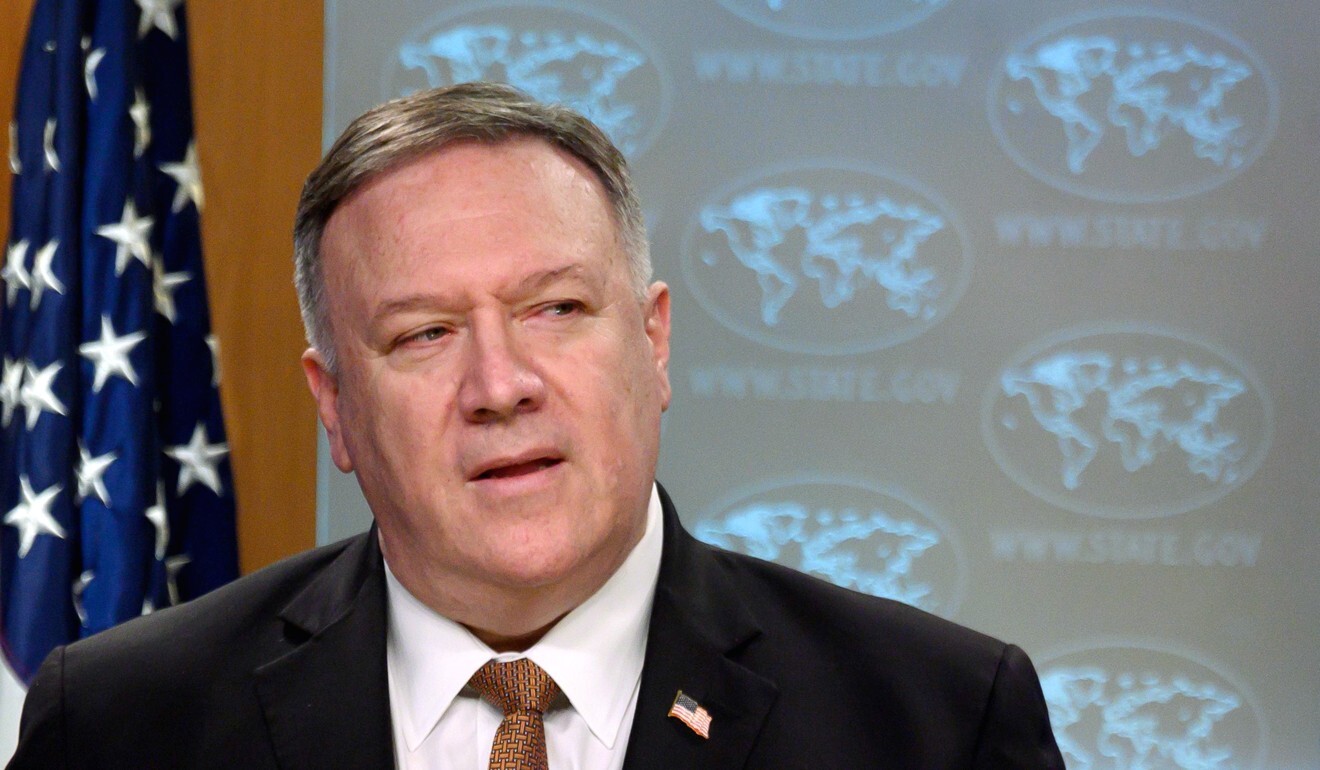 Although both countries are one-party socialist states, the common ideology has not stopped China from frequent coercion activities and even the threat of use of force in the South China Sea, said Huong Le Thu, senior analyst for the defence and strategy programme at the Australian Strategic Policy Institute.

“Vietnam stands firm in rejecting threats of use of force in the South China Sea disputes – something that China frequently uses in its coercion practices,” she said.

Genuine political will on both sides, particularly the aggressive one, is necessary for the situation to de-escalate, she added.

“Investments are welcome and so are good economic relations. But Beijing cannot count on investments to neutralise all the aggressive behaviour. China cannot just invest while harassing and violating Vietnam’s sovereign rights on the brink of escalation.”