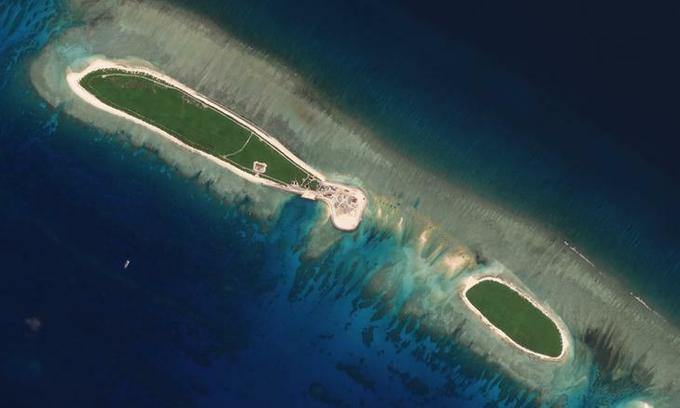 Vietnam Thursday dismissed Chinese claims of East Sea activities dating back 2,000 years plus and called for all countries to respect international law.

“I would like to repeat that Vietnam has full legal basis and historical evidence to assert its sovereignty over the Truong Sa (Spratly) and Hoang Sa (Paracel) islands in accordance with international law,” Foreign Ministry spokeswoman Le Thi Thu Hang said at a regular press meet Thursday.

She was responding to inquiries regarding Vietnam’s reaction to a series of tweets Tuesday by Hua Chunying, spokeswoman for the Chinese Foreign Ministry.

The East Sea is known internationally as the South China Sea.

Hang said: “We believe all countries have the duty and common interest in respecting fundamental principles of international law.”

Chunying’s tweets followed a statement released Monday by the U.S. Secretary of State Mike Pompeo saying the U.S. rejected China’s claims to most of the South China Sea.

“As Beijing has failed to put forth a lawful, coherent maritime claim in the South China Sea, the United States rejects any PRC (People’s Republic of China) claim to waters beyond a 12-nautical mile territorial sea derived from islands it claims in the Spratly Islands,” the statement read.

Beijing’s claims to offshore resources across most of the South China Sea are completely unlawful, as is its campaign of bullying to control them, it added.

“Beijing uses intimidation to undermine the sovereign rights of Southeast Asian coastal states in the South China Sea, bully them out of offshore resources, assert unilateral dominion, and replace international law with ‘might makes right’.”

China has taken a series of provocative actions in the waters since the start of this year as countries around the world were focused on battling the Covid-19 pandemic.

It formed the so-called ‘Xisha’ and ‘Nansha’ districts in Vietnam’s Hoang Sa and Truong Sa islands, sank Vietnamese fishing vessels off the Paracels, unilaterally issued a fishing ban and sent a ship to harass a Malaysian oil and gas exploration vessel.

It also announced a vegetable farming project on Woody (Phu Lam) Island in the Paracels to strengthen its illegal sovereignty claim, and sent two diplomatic notes to the U.N. to make the infamous Four Sha claim, which covers a broader swath of territory than the notorious, illegal nine-dash line.

Vietnam has repeatedly protested China’s provocative, illegal actions and urged it to desist.