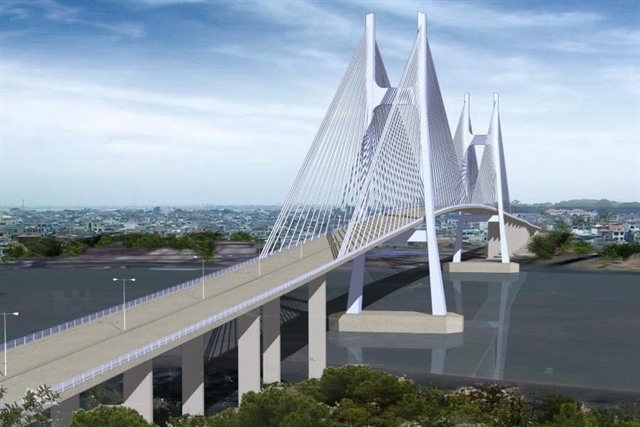 HCM CITY  — HCM City is expected to reconsider projects under the public-private partnership investment form meant to combat flooding and land subsidence and resettle people living along canals when new regulations for PPP come into effect.

The city has sought private partners for nearly 300 PPP projects, with the Thủ Thiêm Bridge No 4 being the latest.

To cost VNĐ5.2 trillion (over US$2.25 billion), the bridge will connect Districts 2 and 7, easing traffic congestion in Sài Gòn South Area and boosting the development of the new Thủ Thiêm urban area.

PPP projects undertaken in the past include the Sài Gòn Bridge and Phú Mỹ Bridge, expansion of the Hà Nội Expressway and construction of the Tân Sơn Nhất – Bình Lợi belt road, works that have helped smooth traffic and fostered socio-economic development.

According to Trần Anh Tuấn, deputy director of the city Department of Planning and Investment, PPP projects have also helped raise funds from the private sector for infrastructure development.

However, when the new regulations on PPP take effect, the city could face difficulties in raising funds for projects that would not have revenues or are financially infeasible, such as those for preventing flooding, controlling tides, building embankments, and resettling households living along canals or near government offices and cemeteries, he warned.

Besides, it would also be affected by the fact that PPP would not include investments in the form of BT and would require investment in a project to be a minimum of VNĐ200 billion.

Võ Văn Hoan, deputy chairman of the city People’s Committee, said PPP projects are aimed at infrastructure development and use of lands near those projects, but investors prefer lands in inner districts.

That is the reason why city authorities have asked relevant agencies to reconsider PPP projects, he explained.

BT projects whose construction is in progress would continue, he added.— VNS.