The total capacity of solar power projects registered by investors has become nearly 10 times higher than the targeted level.

The solar power market began exploding in November 2017, when the Prime Minister signed Decision 11, setting the highest ever FIT (feed in tariff) of 9.35 cent per kwh, or VND2,086 for solar power. The electricity purchase price is applied for 20 years to power projects that became operational prior to June 31, 2019. 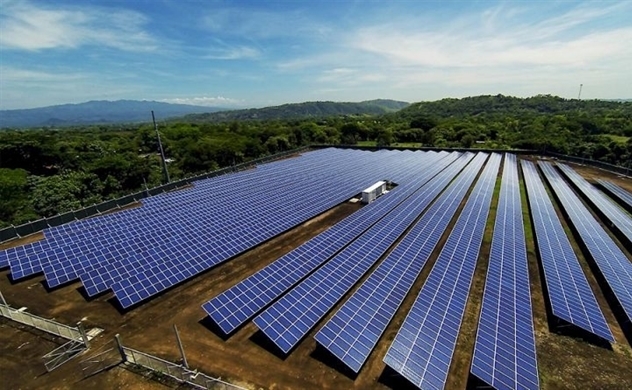 The decision triggered a wave of hundreds of businesses pouring hundreds of trillions of dong into solar power projects.

Preliminary studies by the Renewable Energy and Energy Efficiency (4E), a project implemented by GIZ, the German organization for cooperation and development, and the Ministry of Industry and Trade’s Department of Electricity and Renewable Energy found that the total economic potential of solar ground mounted power would be 7GW at least by 2020, which is by far higher than the national target of 0.8 GW by 2020.

Hoang Tien Dung, director of the department, said that 92 solar power projects with the total capacity of 4,693 MW have been put into commercial operation.

Also, 135 projects with the total capacity of 13,000 MWp (10,000 MW) have been added to the national electricity development strategy.

It is easy to call for investments in solar power projects and renewable energy projects in general when the government sets a high FIT (feed in tariff) price. However, it is difficult to program solar power development.

Experts warn that solar power is in ‘overly hot development’ with the list of cities and provinces having solar power projects comprising over 30 names.

The hot development of solar power plants has put a burden on the electricity transmission system.

State management agencies say they have not been informed about the locations of projects, so they find it difficult to program the transmission network throughout the regions.

In Binh Thuan alone, there are 100 solar power projects with the total capacity of 4,000 MW, 10 times more than wind power capacity and much higher than the capacity mentioned in the seventh national electricity development strategy.

It is the lack of synchronization in the development of power generation and transmission line which has caused the serious overloading to the transmission system.

Ninh Thuan is also the choice of many solar power developers as it is sunny and hot all year round. The Prime Minister and Ministry of Industry and Trade have licensed 30 projects so far with total capacity of 1,817 MW and investment capital of VND50 trillion, a report said. Meanwhile, 26 other projects are being considered.

HCM City aims to have 1,000 MWp of rooftop solar power capacity installed by 2024 in its industrial ….