ĐÀ NẴNG — More than 100 amateur cyclists will partake in the Sơn Trà Mountain race on Sunday (June 25) promoting the protection of the red-shanked douc langur in the Sơn Trà Nature Reserve.

HÀ NỘI — A database of energy efficiency in 280 large buildings in Việt Nam’s five biggest cities has been compiled and analysed under a four-year programme by the Ministry of Construction and the United States Agency for International Development.

Australian model Miranda Kerr should hand over millions of dollars in gifted jewels that were allegedly purchased using money stolen from a fund established by Malaysia’s prime minister, a Malaysian NGO has said.

US prosecutors say the jewellery — including a $3.8m (£3m) 8.88 carat diamond pendant from New York-based designer Lorraine Schwartz — was gifted to Kerr by Jho Low, a financier at the heart of the corruption scandal that has engulfed the Malaysian government.

SABM Australia, a nongovernmental organisation based in Melbourne that says it advocates for enhanced governance in Malaysia, said it was “not alleging any wrongdoing by Miranda Kerr” but called for her to “hand over all jewels gifted to her”.

The US justice department says more than $4.5bn has been stolen from the 1MDB fund and is seeking to seize assets including a Picasso painting given to actor Leonardo DiCaprio and the rights to two Hollywood films — The Wolf of Wall Street and Dumb and Dumber To. 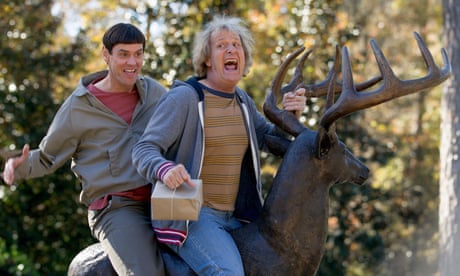 US government seeks Dumb and Dumber To rights in corruption case

The films were produced by Red Granite, which was founded by the Malaysian prime minister, Najib Razak’s, stepson, Riza Aziz.

US authorities have not charged Jho Low. Kerr and DiCaprio have not been accused of any crime. DiCaprio has begun proceedings to transfer ownership of the $3.2m (£2.5m) artwork to the US government.

The spokesman said DiCaprio had accepted the gifts to raise funds in an auction for his environmental foundation.

It said it also wanted Australian “police to investigate if any of the stolen funds have found their way to purchase Australian assets including property, works of art and jewellery”.

In a civil complaint, US authorities have accused Jho Low of laundering more than $400m stolen from state fund 1MDB through an account in the United States.

Jho Low had spent millions of the money on jewellery for Kerr, requesting Schwartz engrave necklaces, bracelets and rings with the model’s initials.

One 11.72-carat heart-shaped diamond was presented to Kerr, who lives in Los Angeles, as a Valentine’s Day present.

Another, a $1.9m (£1.5m) matching diamond jewellery set, was given to Kerr “as a gift during a multi-day excursion aboard his new yacht the Equanimity, in late July and early August of 2014”. The luxury mega-yacht, capable of carrying up to 26 guests and up to 33 crew members and includes a helicopter landing pad and cinema, is also up for seizure.

Kerr separated from her ex-husband Orlando Bloom in 2013 and is believed to have dated Jho Low in 2014. She recently married Snap Inc co-founder Evan Spiegel.

The style icon’s own jewellery line, in collaboration with Swarovski, starts at $69. Kerr did not immediately respond to requests for comment. 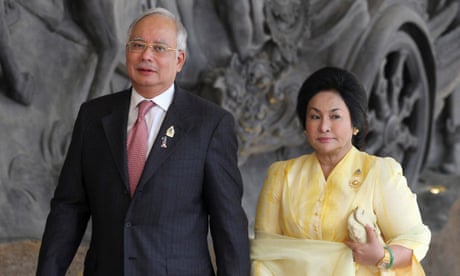 Razak has denied any wrongdoing. US prosecutors alleged nearly $30m (£23.8m) stolen from 1MDB was also used to buy jewellery for the wife of “Malaysian Official 1”, which refers to Najib.

“We simply will not allow the United States to be a place where corrupt individuals can expect to hide assets and lavishly spend money that should be used for the benefit of citizens of other nations,” Kenneth Blanco, acting assistant attorney general, said in a statement last week.

1MDB said on Friday that it had never been contacted in relation to the case.

END_OF_DOCUMENT_TOKEN_TO_BE_REPLACED

The assassins ambushed the king at nightfall and fired their shots as the royal’s entourage passed in front of their lair.

As the shooters were 13 and 14 years old, and their weapon of choice an airsoft gun loaded with plastic pellets, the incident that took place in a suburb of Munich on 10 June is unlikely to have consequences as historic as the ambush of Archduke Franz Ferdinand. END_OF_DOCUMENT_TOKEN_TO_BE_REPLACED

After earlier reports of a sales ban at the summer solstice event in the southern city of Yulin, animal rights groups said vendors and officials reached a compromise and set a limit of two dogs on display per stall.

But multiple carcasses rested on several stalls at two markets, with stiff pointy tails, leathery yellow skin, eyes shut and bared teeth as if in a final growl. END_OF_DOCUMENT_TOKEN_TO_BE_REPLACED

KUALA LUMPUR: An Indonesian doctor on Sumatra island and a teenager in Jakarta fled from their homes last month in fear of vigilantes from the radical Islamic Defenders Front (FPI) who threatened and harassed them.

A video of the 15-year-old male being surrounded and slapped by FPI members went viral online. Indonesian police have said the teen and his family are now in a “safe place”.

Both the teenager and the female doctor had posted comments on Facebook on FPI’s leader, Habib Rizeiq Shihab, who is wanted by police in a pornography case. Rizieq had fled Indonesia for Saudi Arabia to avoid being questioned by the authorities.

“If (Rizieq’s) innocent, why run? Doesn’t he have 300 lawyers and 7 million supporters by his side? Don’t run away, bib (Habib),” Dr Fiera Lovita wrote on her Facebook page, according to Indonesian online media Liputan6.

Rizieq’s followers were outraged and accused her of insulting Islam. They threatened to kill, stone and burn her alive, Dr Fiera was quoted as saying by Liputan6. END_OF_DOCUMENT_TOKEN_TO_BE_REPLACED

The Philippine government has announced it will suspend offensives against communist fighters, allowing troops to focus on quelling a bloody siege by ISIL-linked fighters in the country’s south.

Silvestre Bello III, chief government negotiator, said on Sunday that the government move is in response to a similar plan by the communist New People’s Army rebels. END_OF_DOCUMENT_TOKEN_TO_BE_REPLACED