Modern-day slavery in focus is supported by

British authorities are failing to identify and protect Vietnamese victims of trafficking who are being deported back to Vietnam without adequate support or protection, according to anti-trafficking activists.

Despite having been identified as one of the groups most vulnerable to trafficking crimes in the UK, National Crime Agency (NCA) figures shows that suspected Vietnamese trafficking victims are half as likely to be granted protection compared with other victims. Just 11% of Vietnamese referrals were accepted and offered protection last year, well below the referral average of 27%. 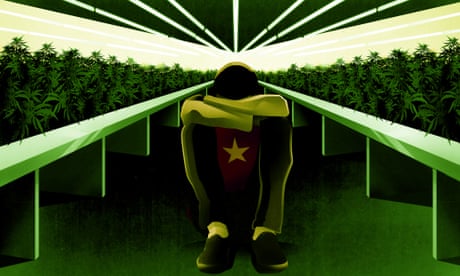 3,000 children enslaved in Britain after being trafficked from Vietnam

Christine Beddoe, an anti-trafficking expert, said that despite the government recognising Vietnam as a key source country for trafficking networks in the UK, many victims were still not being formally identified and given the support and assistance they are entitled to under UK law.

Beddoe singled out the policy of tasking immigration officials with making the ultimate decision on Vietnamese trafficking claims. “The general attitude around decision-making is to find any excuse possible not to find them a victim of trafficking,” she said.

Fiona Mactaggart, co-chair of the all-party parliamentary group on human trafficking and modern-day slavery, said that while the government should be commended on passing the groundbreaking Modern Slavery Act 2015, the focus should now be on implementation.

“It is all very well for the prime minister to say that Britain has world-leading legislation on modern-day slavery. The problem is we’re not effectively implementing it,” she said. “The Home Office still sees trafficking as an issue of immigration … these are people who are being sold, they are slaves, but we just look the other way. The state is completely failing in basic human responsibility to these victims.”

A Home Office spokesperson said: “Our world-leading Modern Slavery Act puts a statutory duty on public authorities to notify the Home Office when they come across potential victims of modern slavery and people trafficking. The number of Vietnamese nationals in the UK identified as potential victims more than doubled last year – all of whom were provided with support while we determined whether they were victims.”

The government estimates there are up to 13,000 people trapped in modern slavery in the UK. According to the most recent NCA figures, 895 potential victims were reported into the government’s national referral mechanism to identify victims of trafficking between January and March this year.

Vietnamese made up the second largest nationality of those referred by authorities as potential victims of trafficking: Albanians were the biggest group. Many arrive with debts of up to £25,000 for their passage after being lured to the UK with promises of work. Once they arrive, they are trafficked into domestic servitude, forced labour and sexual exploitation in private homes, cannabis farms, nail bars and brothels. 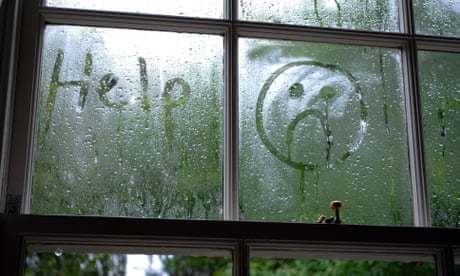 Lawyers say a failure to positively identify cases of trafficking is still leading to criminalisation of those who had been forced into illegal work.

The practice of traffickers using children to work in cannabis farms is well established, yet freedom of information requests to police forces across the UK reveal that 149 Vietnamese children have been arrested for cannabis cultivation in the past three years. Those convictions can lead to deportation.

“In the young offender institutes I see many children that have not been [identified] or referred as victims of trafficking,” said Mark Shepherd, a lawyer at the Migrant Legal Project. “They go from being picked up in cannabis farms to a young offenders institute and then deported to Vietnam, without anyone doing anything about the fact they have been trafficked.”

Failure to identify victims of trafficking can lead to people who have been exploited for profit in the UK being sent back to Vietnam, still in debt bondage and often with psychological and medical conditions, where they can be re-trafficked back to the UK.

Ahmed Aydeed, from law firm Duncan Lewis, said some of his clients have been trafficked to the UK multiple times, with devastating consequences. “I’m overwhelmed by the scale and horror of the problem,” he said. “Our system is failing victims and potential victims of trafficking by not identifying and assisting them early enough.”

The stories you need to read, in one handy email

Aydeed said one of his clients, a young woman, was trafficked to the UK and found working in a nail bar before being deported as an illegal worker in 2012. According to her lawyers, “there were clear indicators that she had been trafficked, which were not explored”.

She was re-trafficked to the UK the following year. She said she was raped and forced to work in brothel in the UK. She only escaped when she miscarried. She was held in a detention centre for 16 months before lawyers from Duncan Lewis heard of her case. She had not been assessed as a trafficking victim despite telling the authorities she had been forced to work in a nail bar and a brothel where she was repeatedly raped. She also had scarring across her body consistent with torture.

“I have seen a lot of women being raped and sold as sex slaves,” she said. “We left Vietnam with the promise that we could find work and make a lot of money. We didn’t know we would have to have sex with anyone … If I was ever sent back to Vietnam [again] … I’d rather die here.”

Her lawyers are fighting for her to be recognised as a victim of trafficking as the Home Office moves to deport her to Vietnam for a second time.

In Vietnam there is no official support or provision for those who have been deported there as criminals or illegal workers instead of as victims of trafficking. The UK government does offer financial support for people identified as having been trafficked, who are returned, but provision is patchy and underfunded.

There are no shelters or other provisions for returning male trafficking victims, notable given that more than two-thirds of Vietnamese trafficking referrals in the UK are male.

A micro-credit scheme for trafficking survivors run by the UK government was stopped in 2014.

Mimi Vu, from Vietnamese anti-trafficking NGO Pacific Links, said a lack of reintegration services for returning survivors could mean “they get lured back into the trade, become victimised or start victimising others. According to Vietnam’s ministry for public security, about 60% of all traffickers arrested are former victims themselves. This is a vicious cycle.”