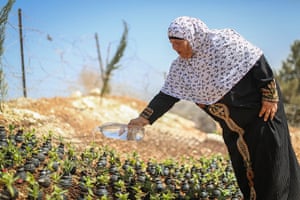 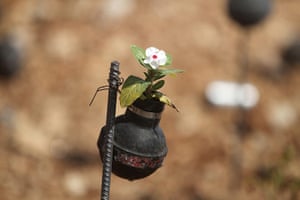 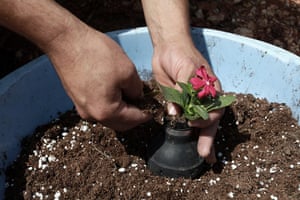 A Palestinian man plants a flower in the garden 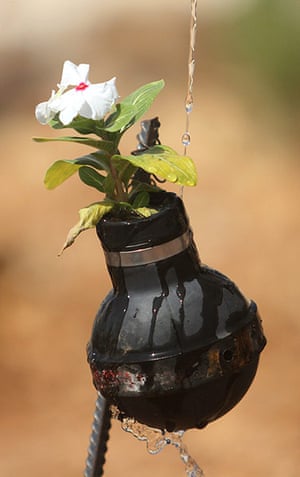 A flower being watered. Villagers say the garden is meant to show that life can spring from death 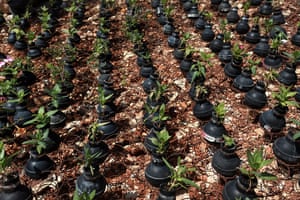 Rows of flowers planted in the canisters, collected after clashes with Israeli soldiers 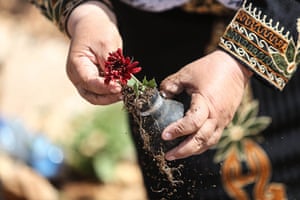 A flower in its unconventional pot 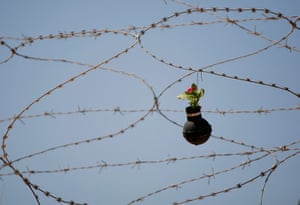 Flowers brighten up the stark razor wire in the village 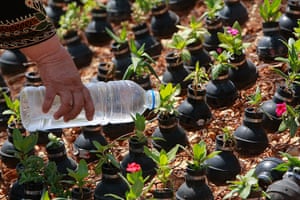 Bed springs are used to hold the canisters upright 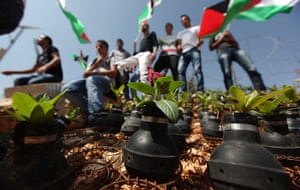 As well as the weekly protest, the village also hosts an annual conference