The former construction worker bought land atop a mountain called Hon Thom in the city of Nha Trang with his savings. Tong began burying the dead babies in this idyllic setting. At first, his wife thought he’d gone crazy, but Tong wouldn’t give up his dream. He’s buried more than 10,000 babies over the years, but what he really wanted to do was save these babies in the first place. He said his graveyard isn’t just a place for sadness, it’s a garden meant to touch women who are feeling uncertain

hefty – Tong Phuoc Phuc from Vietnam has shown the world what true selflessness is: He has saved the lives of more than 100 children over the last 15 years. It all began in 2001 when his own wife was pregnant. He went with her to the hospital and noticed that pregnant women were entering the next room and coming out no longer with child.

It took some time before Tong realized what exactly was going on. The idea that these babies didn’t have a chance to come into this world broke Tong’s heart. So, Tong asked if he could take the aborted children from the hospital so they at least could be given a proper burial in an appropriate place. END_OF_DOCUMENT_TOKEN_TO_BE_REPLACED 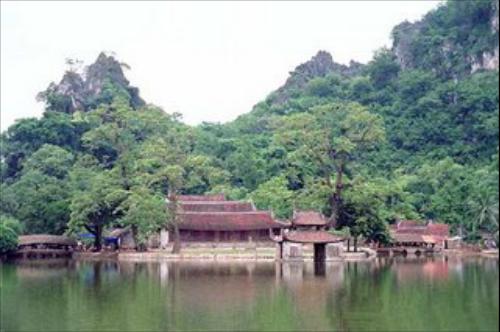 Around 20 years ago, farmers in Long An Province’s Châu Thành District began to grow dragon fruit instead of paddy, which did not yield much profit. The fruit, now grown on almost 90 per cent of the land, has brought about a miraculous economic transformation, Văn Đạt discovers. END_OF_DOCUMENT_TOKEN_TO_BE_REPLACED

The country supports U.N.’s notion on gender balance within the peacekeeping forces.

Vietnam will send two of its female military officers to join the U.N. Peacekeeping Forces, in support of the U.N.’s agenda in improving gender balance among soldiers engaged in peacekeeping operations.