Bearing that in mind, the province has developed an organic cinnamon platform, focusing on building an agricultural sustainable chain from this valuable spice. END_OF_DOCUMENT_TOKEN_TO_BE_REPLACED 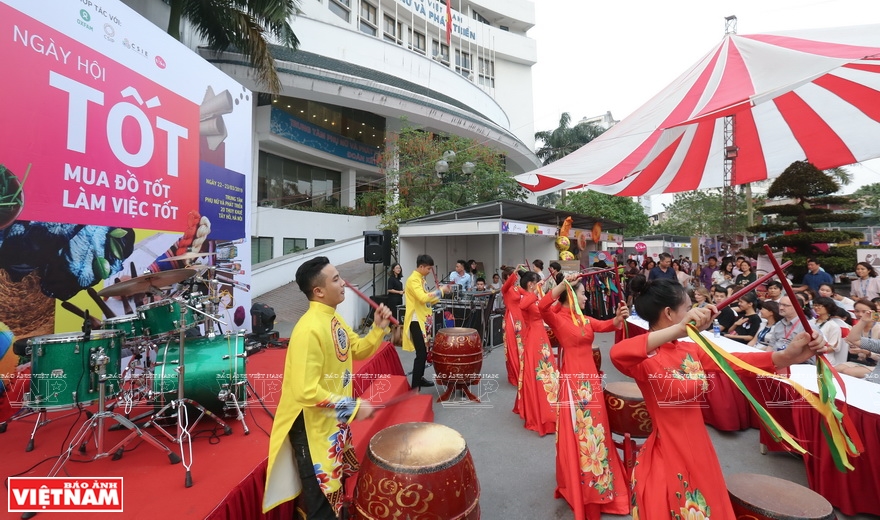 HÀ NỘI — Villages across the country have benefited from the country’s economic development, however, many do not have measures in place to deal with environmental protection.

The village of Trát Cầu in Hà Nội, which produces blankets, bed sheets and pillows, is a typical example.

Nguyễn Quang Thà, chairman of the Trát Cầu Traditional Villages Association, told Tiền Phong (Vanguard) newspaper that over the past 20 years, more and more foreign enterprises have invested in the village.

Now about 30 enterprises from Japan and South Korea are working there.

“The Trát Cầu Village is like a big workshop which runs all day, every day,” said Thà. END_OF_DOCUMENT_TOKEN_TO_BE_REPLACED

END_OF_DOCUMENT_TOKEN_TO_BE_REPLACED

ILO – Decent work sums up the aspirations of people in their working lives. It involves opportunities for work that is productive and delivers a fair income, security in the workplace and social protection for families, better prospects for personal development and social integration, freedom for people to express their concerns, organize and participate in the decisions that affect their lives and equality of opportunity and treatment for all women and men. END_OF_DOCUMENT_TOKEN_TO_BE_REPLACED