END_OF_DOCUMENT_TOKEN_TO_BE_REPLACED

July 11, 2016
Can Tho, July 11, 2016 — The World Bank and the State Bank of Vietnam today signed agreements for loans and credits worth $560 million for two projects to support urban development, climate resilience and sustainable livelihoods in the Mekong Delta.

Out of the total, $250 million will be used for the Can Tho Urban Development and Resilience Project, to reduce flood risk and improve connectivity between Can Tho city center and the new urban areas, benefiting more than 420,000 urban dwellers, and enhance the capacity of city authorities to manage disaster risk. END_OF_DOCUMENT_TOKEN_TO_BE_REPLACED

Climate change reportage in the Asia-Pacific needs to be stepped up and taken more seriously by the region’s media organisations. This was an issue agreed on by journalists and media educators who came together at a global journalism congress in Auckland earlier this month. TJ Aumua reports.

“That is identifying families or individuals who have done something to deal with the impact of climate change. Whether it’s flooding, planting new types of crops that are resilient to the impacts of climate change, or simply moving out from dangerous areas to new locations. END_OF_DOCUMENT_TOKEN_TO_BE_REPLACED

technologyreview – At around 5:00 each morning, loudspeakers crackle on in Ma Village, Vietnam (population 731). Mounted on concrete poles atop hilltops—a remnant of the 1950s information and propaganda apparatus—these loudspeakers, rather than the smartphones popular with Hanoi’s young office workers, are what provide locals in this mountain village with important news bulletins. END_OF_DOCUMENT_TOKEN_TO_BE_REPLACED 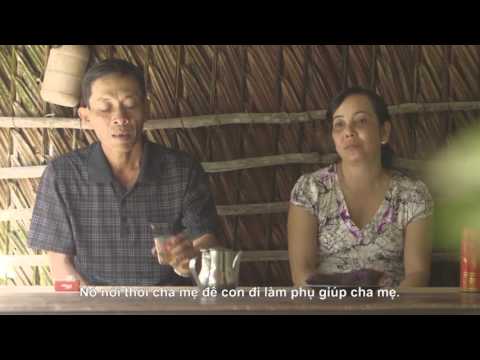 END_OF_DOCUMENT_TOKEN_TO_BE_REPLACED

Bertha Vazquez, a teacher in Miami, has persuaded colleagues, including those teaching German and art, to talk about climate in class. Credit Max Reed for The New York Times

nytimes – Most science teachers in the United States spend some time on climate change in their courses, but their insufficient grasp of the science as well as political factors “may hinder effective teaching,” according to a nationwide survey of the profession.

The survey, described in the current issue of the journal Science, found that teachers spent little time on the topic — just one to two hours on average over an academic year.

“It’s clearly not enough time to really provide students with a good scientific understanding,” said Eric Plutzer, the lead author of the paper and a professor of political science at Pennsylvania State University.

Close to a third of the teachers also reported conveying messages that are contradictory, emphasizing the scientific consensus on human causation and the idea that many scientists believe the changes have natural causes.

The authors of the paper suggested that those teachers “may wish to teach ‘both sides’ to accommodate values and perspectives that students bring to the classroom.” The survey also found, however, that only 4.4 percent of teachers said that they had faced overt pressure from parents, school administrators or the community to teach about climate change.

END_OF_DOCUMENT_TOKEN_TO_BE_REPLACED

What are the major problems that Viet Nam is facing in water management?

There is an actual risk of the degradation and depletion of water resources due to the impact of climate change and an increase in the exploitation and use of water in upstream countries. It is shown on the following aspects: END_OF_DOCUMENT_TOKEN_TO_BE_REPLACED

One of three SERVIR hubs now operating in developing regions of the world, the center is housed at the Asian Disaster Preparedness Center in Bangkok, Thailand, and joins a growing global community of scientists and decision-makers using publicly available data from space assets to address critical regional issues. END_OF_DOCUMENT_TOKEN_TO_BE_REPLACED