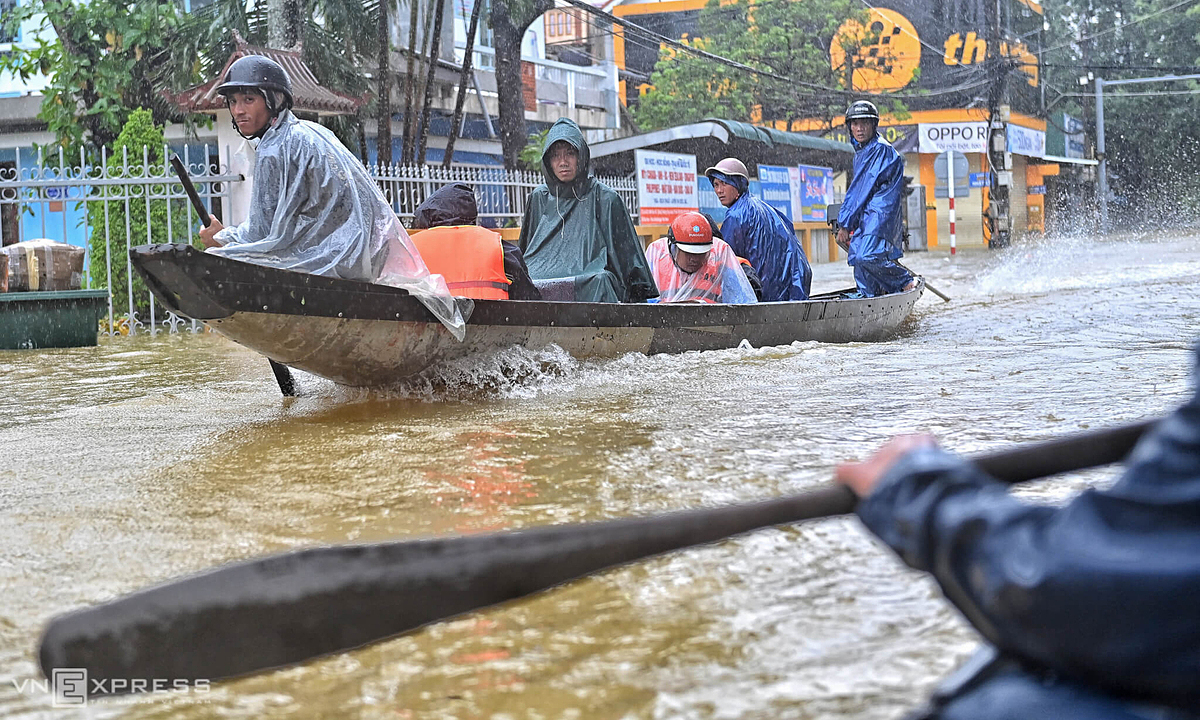 The death toll from floods and landslides triggered by prolonged heavy rains in central Vietnam has climbed to 29 as of Tuesday morning.

Twenty three had succumbed to floodwaters, three had lost their lives in boating accidents, with the remaining three were killed by electric shock while cleaning out their homes, according to the Central Steering Committee for Natural Disaster Prevention and Control.

Twelve other people are still missing while the floods have inundated over 130,000 houses and 4,000 hectares of crops, damaging several roads and bridges, the committee said.

Among six deaths in Thua Thien-Hue was a 35-year-old pregnant mother living in Phong Dien District.

She entered labor Monday morning, with her husband hiring a boat to take her to local medical center for delivery. However, the boat was upturned and she was swept away by floodwater.

Her husband and local residents tried to look for her, but failed because of the fast-flowing current. Her body was found Monday afternoon.

The entire central region has been battered by torrential downpours since last Tuesday after a cold spell came in contact with tropical turbulence. The turbulence then intensified into a tropical depression and then into Storm Linfa, which made landfall over Quang Nam and Quang Ngai provinces on Sunday, bringing more rain.

Local authorities have evacuated nearly 50,000 people from affected areas and flood-hit provinces like Quang Binh, Quang Tri, Thua Thien-Hue and Quang Nam, who have petitioned the government to urgently supply over 6,500 tons of rice, 5.5 tons of dry provisions, 20,000 boxes of noodles and other rescue equipment.

Storm Nangka, which is forecast to make landfall in northern and north-central Vietnam on Wednesday, will trigger heavy rain of up to 400 millimeters in parts of northern delta and north-central provinces like Thanh Hoa, Nghe An and Ha Tinh from Wednesday through Friday, the national weather agency stated Monday.

Weather experts forecast the seventh storm to hit Vietnamese waters this year would have less of an impact on the flooded central region.

Vietnam is prone to destructive storms and flooding due to its long coastline.

Natural disasters, predominantly floods and landslides triggered by storms, killed 132 people and injured 207 others in the country last year.Related News: