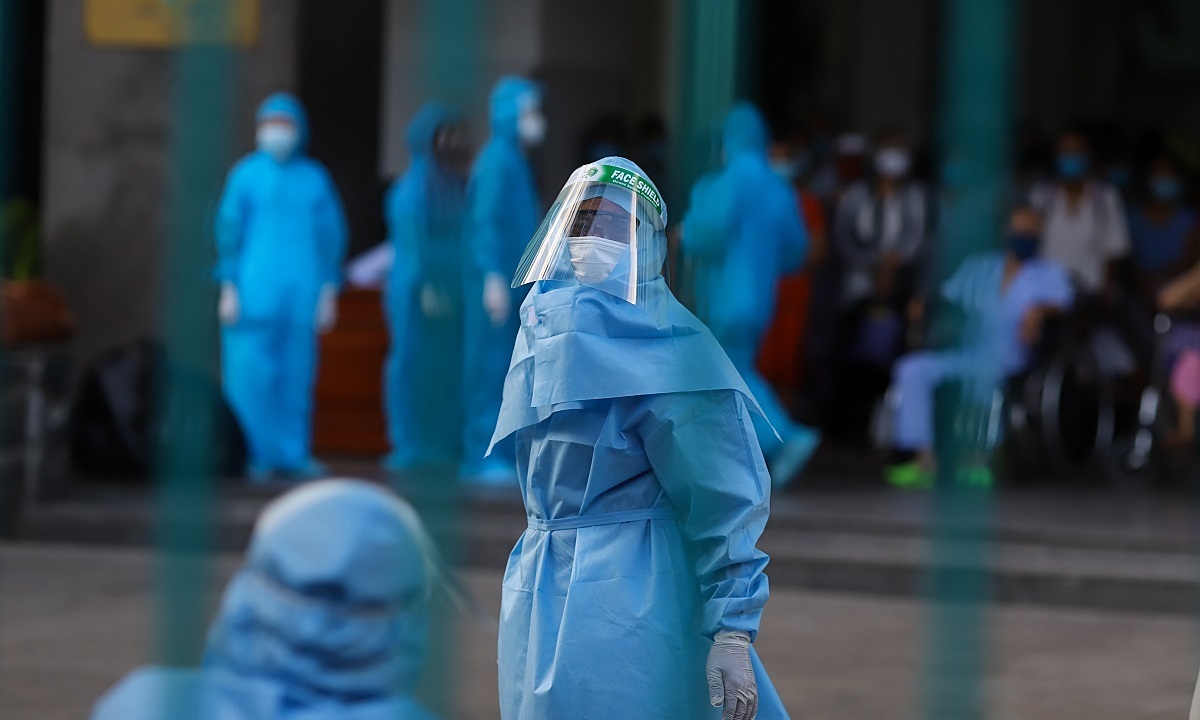 A 70-year-old Covid-19 patient with multiple comorbidities died on Friday, the first death of anyone who contracted the disease in Vietnam.

The Health Ministry said Friday afternoon that “Patient 428” had died of “myocardial infarction caused by chronic diseases of hypertension, heart failure, end-stage of chronic renal failure, complications of respiratory failure due to heart failure and Covid-19.”

The man was a resident of Hoi An Town near Da Nang City, the country’s outbreak epicenter with at least 79 cases, and had chronic renal failure, hypertension and heart failure.

On July 9 he developed chest pain and fatigue, and was admitted to the department of internal medicine and urology at Da Nang Hospital, now a Covid-19 hotspot and under lockdown.

He tested positive for Covid-19 last Sunday (July 26), and was isolated in the same ward for treatment.

Early on Thursday, he started having respiratory failure. He was put on a ventilator and went through venous dialysis process. Two hours later, he started suffering cardiac arrest and after five minutes of emergency aid, his heart beat again. He continuously received venous dialysis after that.

On Thursday night, he was transferred to Hue Central Hospital in Thua Thien Hue Province that borders Da Nang in critical conditions. At Hue hospital, he continued to be put on a ventilator, but kept having irregular heart beat.

In the early hours of Friday, he suffered cardiac arrest and died at 5:30 a.m.

His son and daughter who took care of him and a neighbor who visited him at the Da Nang Hospital have also been infected with Covid-19.

Vietnam has made headlines around the world and been praised by international experts for its aggressive and proactive fight against the pandemic.

Despite sharing a long border with China, where Covid-19 is believed to have originated, it has not reported a single death caused by the respiratory disease until now.

By July 25 the country had gone 99 days without local spread of infection, with all new cases being imported ones, either foreigners or Vietnamese citizens coming from abroad.

The streak was snapped after a Da Nang man tested positive last Saturday.

It has since spread to five other cities and provinces, with two cases each being reported in Hanoi and HCMC, eight in Da Nang’s neighboring Quang Nam Province and one each in nearby Quang Ngai Province and the Central Highlands province of Dak Lak.

Analyzing the new wave of infection, experts are of the opinion that it originated in Da Nang though they have yet to identify who spread it into the community and how.

Many Covid-19 patients under treatment in the city have had their health conditions escalating worse much more quickly than what the nation’s health sector has experienced. Most of those patients are elderly people with chronic diseases.Related News: