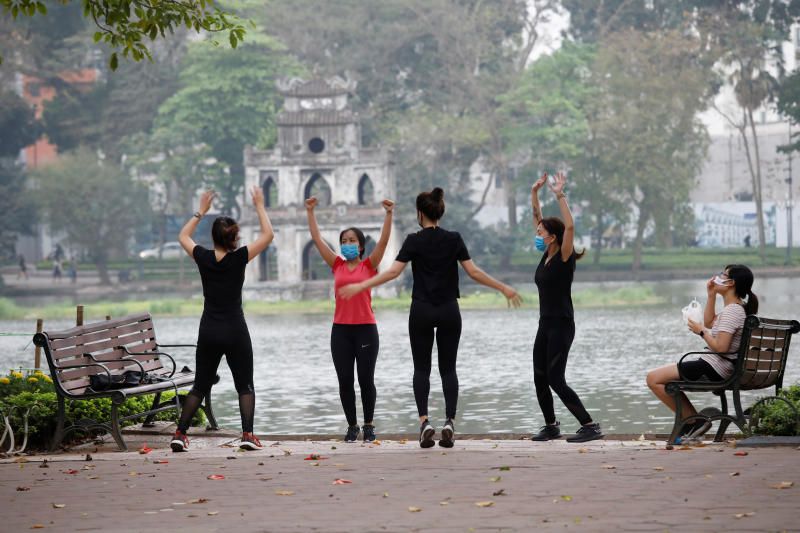 Women wearing protective masks as they do morning exercise next to Hoan Kiem Lake in HAnoi on Sunday (March 29). As of Sunday, Vietnam has reported 179 cases of Covid-19, the respiratory disease caused by the coronavirus. – Reuters

HANOI: Vietnam has locked down one of its largest hospitals and main treatment centres for Covid-19 (coronavirus) after the nation’s biggest cluster of cases was linked to the facility, the government said on Sunday (March 29).

Hanoi’s Bach Mai Hospital, which is home to the capital’s centre for treating tropical diseases, has been officially isolated.

As of Sunday morning, 16 virus cases have been linked to the facility, with both patients and staff among those infected, according to a government statement.

On March 25, Vietnamese officials announced they would test 4,000 staff and 1,000 patients in Bach Mai Hospital after three Covid-19 cases were linked to the facility. Since then, the number of confirmed cases in the cluster has been steadily increasing.

As of Sunday, Vietnam has reported 179 cases of Covid-19, the respiratory disease caused by the coronavirus.

There have been no deaths reported so far, and three patients in Hanoi currently in critical condition are showing signs of improvement. – Xinhua/Asian News Network