Gender is an integral component of agriculture, nutrition, and health, yet not all women (nor all men) are the same. A4NH’s Gender, Equity, and Empowerment (GEE) unit focuses on ensuring that gender and other aspects of equity – such as poverty, ethnicity, caste, age, and location – are integrated into the program’s research and activities. In Vietnam, milk – in various forms – highlights important food and nutrition equity issues. In this blog, Jody Harris, research fellow at the Institute of Development Studies, reflects on how equity issues influence milk consumption based on her fieldwork for the Stories of Change in Nutrition project. 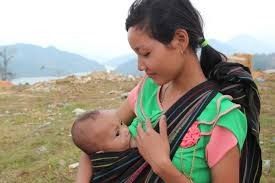 Recently, I found myself sitting on a low stool in a small, neat home in the central highlands of Vietnam, talking to three young mothers about nutrition. As part of my research, I was trying to understand how nutrition is changing in Vietnam, and one emerging story was the large disparity in nutrition outcomes between the Kinh ethnic majority in Vietnam – among whom stunting levels have dropped impressively in recent years – and ethnic minority groups living in places such as this community in the central highlands, where malnutrition rates remain persistently high. Through my translator, I finished the questions I had for the women, then asked if they had any questions for me before we ended the interview.

After conferring among themselves, the least shy of the young women said: When we have to go back to our agricultural work in the distant fields a few weeks after our babies are born, we can’t afford formula milk. Is it better for their grandmothers to feed the infants chewed-up rice or sweetened condensed milk from a can?

Where to begin to answer this heart-breaking question? The World Health Organisation suggests six months of exclusive breastfeeding, for a range of maternal and child health and well-being reasons. Yet these women have to go back to work to be able to live. They are self-employed, in their own fields, so Vietnam’s much-lauded six-month maternity leave policy to support breastfeeding – extended from four months in Vietnam in 2013 – does not apply to them. While some government policies aim to raise living standards in ethnic minority areas, these tend to promote work and don’t help new mothers to balance work with breastfeeding. And while some NGOs do work in hard-to-reach ethnic minority areas, there were no infant feeding programs active in this area of the central highlands.

In the end, I muddled my way through a response on using a communal crèche system in the fields so mothers could continue to breastfeed while working, or if they couldn’t,  using fresh cow’s milk to feed children rather than sweetened processed milk or grains. But my extensive nutrition education and international development experience couldn’t adequately respond in that moment to the complexities of the lives these women lead.

Breastfeeding has been a hot policy topic in Vietnam for the past ten years. Breastfeeding rates are low in the population overall and use of infant formula is rising.The maternity leave policy and a policy restricting advertising of infant formula are important wins for public health, even if they don’t touch the realities of the most marginalized population groups.

But if consumption of mother’s milk is low in Vietnam, consumption of cow’s milk is experiencing something of a boom. Supply of cow’s milk has increased from one kilogram per person per year in the early 1980s to over 16kg in 2013. Milk is not a traditional food in Vietnam, so this increased consumption has resulted from a combination of rising incomes, more global connection of businesses and the middle classes, and promotion of milk consumption by companies. Both national private sector investment and foreign direct investment have increased domestic fresh milk supply, and dried milk is imported from abroad. Over a similar time period, average consumption of milk and milk products has increased from negligible amounts to around 30 grams per day on average. But consumption is not rising equally in all population groups: milk is more available and accessible in urban areas.

Several narratives exist around cow’s milk consumption in Vietnam. One is that Vietnamese families have started to link shortness in stature with poor nutrition and development more generally, partly sparked by seeing their football team standing shorter than others in international tournaments. This has led to a focus on stature both in popular narratives and national policy. Food companies have taken this up, with one company even providing subsidized fresh milk to a selection of urban schools as a health initiative. The focus on wealthier urban schools, and lack of evaluation of the health or stature outcomes, have led to accusations that this program is more of a marketing ploy to create future milk markets than a true public health initiative, however.

Another preoccupation in Vietnam is food safety, after significant chemical contamination of land during the war, and media stories of bacterial contamination in local markets. One of the larger milk companies has opened upmarket ‘pure milk’ stores in high-profile urban areas, which sell branded milk products in high-end boutique style settings, building on the middle class’ demand for ‘clean’ food. 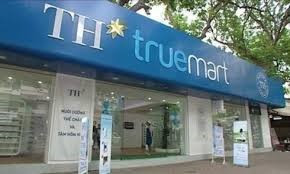 Most milk in Vietnam, however, is consumed not as fresh whole milk, but as milk products, including carton milk drinks, milkshakes, ice cream, and yogurts, most of which are sweetened. The final milk narrative, therefore, is its potential role in the nutrition transition occurring in the country, where obesity and overweight are increasing, particularly among urban children and adolescents.

Milk is a double-edged sword for nutrition, therefore. Mother’s milk is vital to a child’s first 1000 days, and animal milk can provide important nutrients for young children, but infant formula milk promotion can reduce breastfeeding rates, and processed and sweetened milk products contribute to the detrimental food system drivers of a nutrition transition.

In Vietnam, milk in its various forms highlights important food and nutrition equity issues. Poor rural women, largely of ethnic minority communities, face enormous challenges in feeding their babies with their own milk, and the choices of infant feeding alternatives for these families are dangerously limited. At the same time, infant formula milk is widely available for richer urban women, despite policy to limit its promotion and to support working women to breastfeed. And the cow’s milk that could provide important nutrients for children at risk of malnutrition is being provided instead to wealthy children in urban areas, sold largely as sugary products detrimental to their health.

Viewing Vietnamese food and social systems through the lens of milk highlights these inequities. Vietnamese policy in the areas of nutrition, school feeding, ethnic minority development, maternal support, trade, and agriculture also needs to be viewed through an equity lens, if these policies are to improve equity for women and ethnic minorities and protect the nutrition and health of both urban and rural children.

This post is part of a blog, the Gender-Nutrition Idea Exchange, maintained by the CGIAR Research Program on Agriculture for Nutrition and Health (A4NH).