Vietnam, listed among the easy-to-conquer markets for Huawei, has also become tougher amid calls for boycott of Huawei all over the world.

Huawei, the biggest telecom equipment supplier in the world, is facing a global crackdown on its telecommunications equipment because of a series of incidents recently, including the Canadian government’s arrest of its Chief Financial Officer and the US ban on Huawei and ZTE equipment. 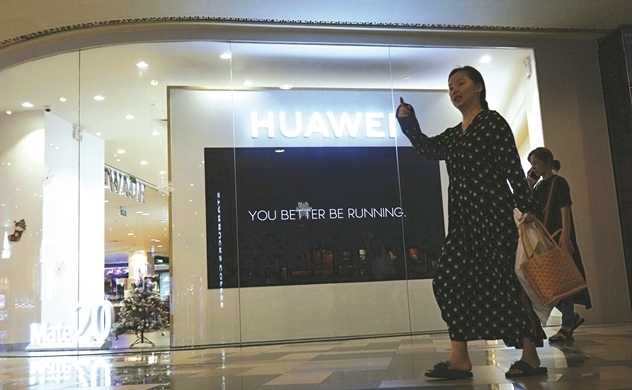 Many other countries, responding to US-led calls for boycott Huawei products, have also stated they will reconsider the products of the Chinese manufacturers.

Huawei has reported a high growth rate of 19.5 percent in 2018 compared with the year before. However, analysts pointed out that the business with telecom network operators was unsatisfactory with revenue from network infrastructure equipment decreasing by 1.3 percent.

Vietnam has made no official statement about Huawei’s equipment. However, many Vietnamese experts have called for ‘high caution’ over Chinese equipment.

Meanwhile, telcos refused to comment about the accusations made about Huawei, but said in the new development era, protecting information security is more important than ever.

Vietnamese are familiar with Huawei’s phone products, but not many know that Huawei’s products are also present in internet devices they use every day, and many other fields.

Analysts say that Huawei has ‘deep relations’ with Vietnam’s network operators. It has become involved in the operators’ programs on launching 2G, 3G and 4G as well.

The analysts think that the 21-year presence of Huawei in the Vietnamese market will bring great opportunities to Chinese equipment suppliers in the context of Vietnam’s hectic preparation for 5G application.

At the ASEAN conference on 5G held in Hanoi last March, it was noted that ASEAN countries will join the 5G revolution soon. Huawei has many loyal clients, not only Vietnam, in ASEAN.

Vietnam’s mobile network operators, when asked about the foreign partners, mentioned big names in the world, including Finnish Nokia and Swedish Ericsson, which are rivals of Huawei.

Nhip Cau Dau Tu quoted its sources as reporting that Huawei’s telecom infrastructure equipment sale in Vietnam did not meet expectations in 2018.

Huawei’s representative declined to give exact figures about revenue growth. He only said that the contribution of consumer electronics, mostly telephones, to the total revenue was high.