Much was hidden from the tourists visiting Sinet Chan in her rundown Cambodian orphanage.

When they returned to their hotels, cameras full and best intentions sated, they remained oblivious to the reality of what they had just supported.

Chan, the nine-year-old who sang and danced for them, was being starved. She and the other children hunted and ate mice to survive.

Very good intentions are being manipulated

The orphanage’s director beat and raped her, repeatedly, over the course of several years. She was forced to toil in his rice paddies and farms without pay. Clothes and toys donated to her would be taken to the market, sold, and used to line the director’s pockets.

“I thought it might be a good place. Maybe I could have enough food to eat, have a chance to go to school. But actually what I imagined is wrong,” Chan told Guardian Australia. “He dressed us up looking poor so the visitors see us, they feel pity for us, and they donate more,” she said.

“But they don’t really know what was going on inside the orphanage.”

What the tourists saw was a pantomime. A cruel theatre with vulnerable children as its cast.

Chan was one child of an estimated 16,500 living in 406 residential care institutions in Cambodia, according to a survey released in April by the Cambodian government and the United Nations children’s fund (Unicef).

The vast majority of those children are not orphans. Roughly 80% still have a living parent, according to Friends International, a child-focused nongovernment organisation operating across south-east Asia. 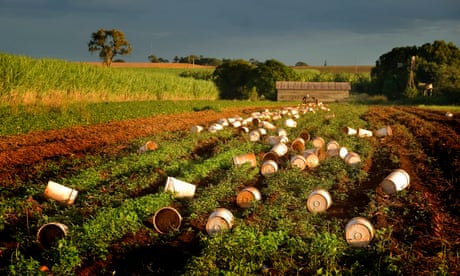 Between 2005 and 2015, the number of orphanages has increased by 60% in Cambodia, and half are now concentrated in the tourist destinations of Phnom Penh and Siem Reap.

The growth in orphanages is completely at odds with a declining poverty rate and falling numbers of genuine orphans over the same decade, according to Friends International’s Cambodian communications coordinator, James Sutherland.

“Coincidentally that was a period of real growth in tourism as well, and in ‘voluntourism’ – combining holidays with humanitarian work,” Sutherland tells Guardian Australia from Cambodia’s capital, Phnom Penh.

“So essentially what’s happened is that unscrupulous directors of institutions have seen a business opportunity,” he said.

It’s a problem that extends well beyond Cambodia’s borders. An estimated eight million children live in institutions globally, and the vast majority still have family who, given the right support, could care for them.

Australians are among the top financial supporters of orphanages in many south-east Asian countries, including Cambodia, according to Unicef.

“Despite their good intentions, supporters of orphanages such as tourists and volunteers, actually end up contributing to the breaking up of families and removing children from their own family environment,” Unicef’s Cambodian communications chief, Iman Morooka, told Guardian Australia.

The support from Australia’s faith-based groups, mostly Christian but also some Islamic groups, is overwhelming. Guardian Australia has been given as-yet unpublished research showing the true extent of religious support for orphanages. It shows 51% of all church attendees in Australia are contributing funding to institutional care overseas. 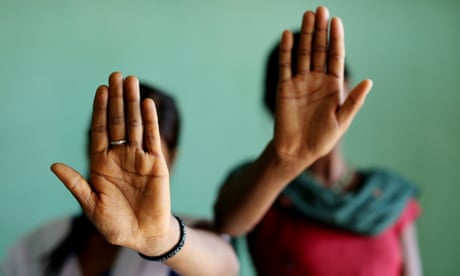 About one-quarter were providing the funding through a Christian agency or charity, and another 21% did so through their local churches.

The study was organised by ACCI, a Christian charity, which commissioned a report through the national church life survey, a study of 20 Christian denominations, 3,000 local churches, 270,000 adult and child attendees, and 6,000 laypeople and clergy.

“Huge – it’s absolutely huge,” Nhep said. “We knew anecdotally that that was the case, but this is the first time that we’ve seen quantitative data to show it,” she said.

Between 4.35% and 15.61% of public schools fundraised or took trips to orphanages, varying across state and territories.

“I think people who are supporting orphanages, whether they’re funding or volunteering, generally have excellent intentions,” van Doore said. “Unfortunately it’s those very good intentions that are being manipulated in these instances.”

It’s not just foreign support that props up foreign orphanages. The phenomenon is driven by complex internal factors like poverty, economic migration, and disability.

But, in places like Cambodia, orphanages are now replacing more traditional forms of kinship care and community-based care as a means of caring for orphaned children. To sustain the business, children are “recruited” from poor families with promises of education and a better life. Some are trafficked.

Many orphanages deliberately market themselves as tourist destinations. Children are kept looking poor and malnourished and taught to sing or dance to maximise pity and western donations.

Often visiting adults are allowed to take children on unaccompanied trips away from the orphanage.

“We see orphanages that have become tourist attractions and in many cases there is no rigorous background check of those given access to the facility,” Morooka said. “This puts children at risk of exploitation and sexual abuse,” he said.

A growing body of evidence suggests that, even where they are well-run, orphanages are damaging for children. Children tend to be more likely to develop reactive attachment disorders, developmental delays, behavioural issues, poor physical health and reduced intellectual capability compared to those living at home.

The momentum for change is building, in both Cambodia and Australia. In Australia, efforts are focused on pressuring the federal government to ban orphanage tourism.

Unscrupulous orphanage directors know that if you open hearts, you also open wallets

Reputable NGOs, charities, and travel companies have formed an alliance, known as ReThink Orphanages, to lobby government. They are also trying to raise awareness among smaller charities, schools, and universities

The aim is not to cut off precious donations and volunteering resources, but to redirect it to reunification and reintegration services, which link children back up with their families.

Sutherland, from Friends International, says reducing the demand from the west is critical to ending orphanages in places like Cambodia.

“Most tourists, donors and volunteers are simply unaware of the facts, of the scale of the exploitation that is happening,” Sutherland said.

“Unscrupulous orphanage directors know that if you open hearts, you also open wallets,” he said.

There is real hope that the Australian government could soon take decisive action on orphanage tourism.

A parliamentary inquiry into the establishment of a modern slavery act is currently considering banning Australian support for orphanages in places such as Cambodia.

In an effort to convince Australian politicians, Chan, now an adult, travelled to Canberra this week to give evidence before the committee. She told the inquiry of how an Australian, Tara Winkler, rescued her, after initially working at the orphanage as a volunteer. Winkler soon realised the extent of exploitation occurring within the orphanage.

“I began to realise the gross corruption that was going on, that every cent that was being sent to the orphanage, not just from me, was being embezzled by the director, and the kids were often catching mice to feed themselves,” she told Guardian Australia.

Winkler rescued 14 children, with the help of the Cambodian government, and set up her own orphanage. She soon realised opening her own institution was a mistake. The children, once away from the orphanage, began to open up. They told Winkler their parents were still alive. 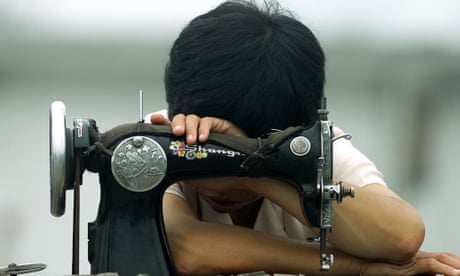 Winkler gradually realised the extent of the problem and created the Cambodian Children’s Trust, which helps to reunite children in orphanages with their families.

“The heartbreaking thing is that it’s all done with such good intentions … well, mostly. [But] they’re literally causing the trafficking of these children from their families into these institutions. When people find that out, that’s a jagged little pill to swallow.”

A significant proportion of Cambodia’s orphanage network is operating without scrutiny. The Cambodian government-Unicef survey this year found 12% were not registered with the government, meaning they operate completely off the radar.

About 38% have never been inspected by government, and 21% have no agreement with the government in place.

The Cambodian government is now working with Unicef and Friends International to deal with the problem, a partnership called 3PC.

The partnership involves 50 Cambodian child welfare and protection NGOs, who work to reintegrate children with their families, while providing medical and psychological services, family support, and transitional care.

The ministry of social affairs, veterans, and youth rehabilitation has set a target of reintegrating 30% of children back to their families and communities in five priority provinces by the end of 2018.

A stricter registration and monitoring regime is being put in place, and the government and NGOs are pressuring orphanages to transition into community-based support services.

Chan is now trying to build a positive life for herself. She works as a script writer on a Cambodian television show, and as an ambassador for Winkler’s trust, recounting her story again and again to try to prompt change.

“I think, for people, around the world, there is no better place like home,” Chan said. “You live with your family. You have your mum and dad, your brother and sister, if you have that kind of family, why do they need to go to live in the orphanage?

“I think if they want to help Cambodian children to have a good future or better education, better to have a poor parent that can look after their own kid, and they can have support on top of that.”